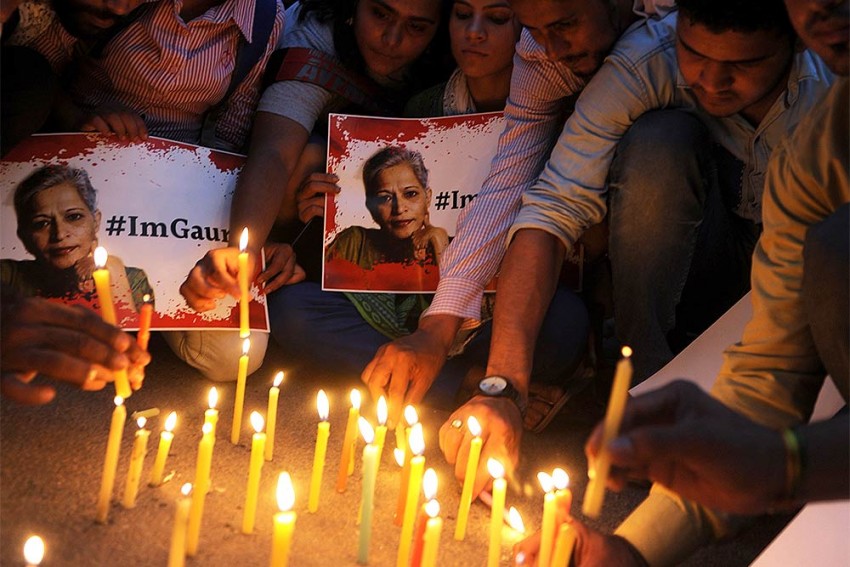 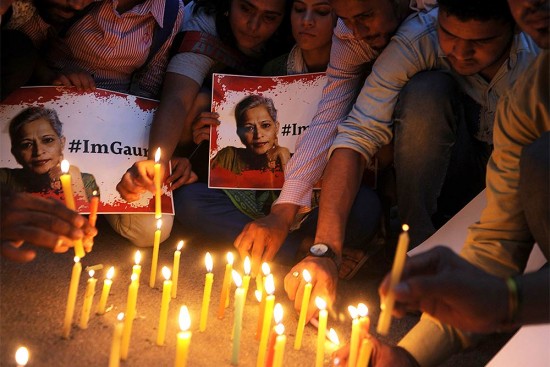 In late May, eight months after journalist Gauri Lankesh was shot dead in Bangalore, a special investigation team (SIT) probing the case was inching towards a breakthrough—the arrest of a group of rightwing activists who, police say, are key ­suspects in the murder conspiracy.

In the process, investigators claimed to have unearthed a second plot targeting K.S. Bhagwan, the Mysore-based academic and rationalist, whose writings have often attracted the ire of right-wing groups. Sources say that searches at various places frequented by these suspects have revealed a list of public figures—eight of them from Karnataka—who were possibly targets.

The police haven’t named any organisation in their preliminary chargesheet in the Lankesh case yet. But due to fingers pointing in their direction, outfits such as the Hindu Janaj­agruthi Samiti (HJS) and the Goa-based Sanathan Sanstha are crying foul, saying they are ‘soft targets’. The HJS has dissociated itself from Amol Kale, one of the four arrested persons—the other three are Amit Degvekar, Sujith Kumar and Manohar Edave—saying Kale had left the organisation in 2008 and hasn’t been in touch ever since. Last September, a few weeks after Lankesh’s murder, the Sanathan Sanstha had held a press conference in Bangalore saying it had nothing to do with the crime.

“It’s possible that the suspects may have been connected with Hindu organisations long ago, but they were not off­ice-bearers or active participants for many years,” says Virendra Ichalkaranjikar, the advocate representing the four arrested men. Vire­ndra, who heads the Hindu Vidhidnya Parishad, an ass­ociation of lawyers which takes up cases of Hindu activists argues that in the last decade, the same kind of questions are being asked and a “hype has been created around these cases.” 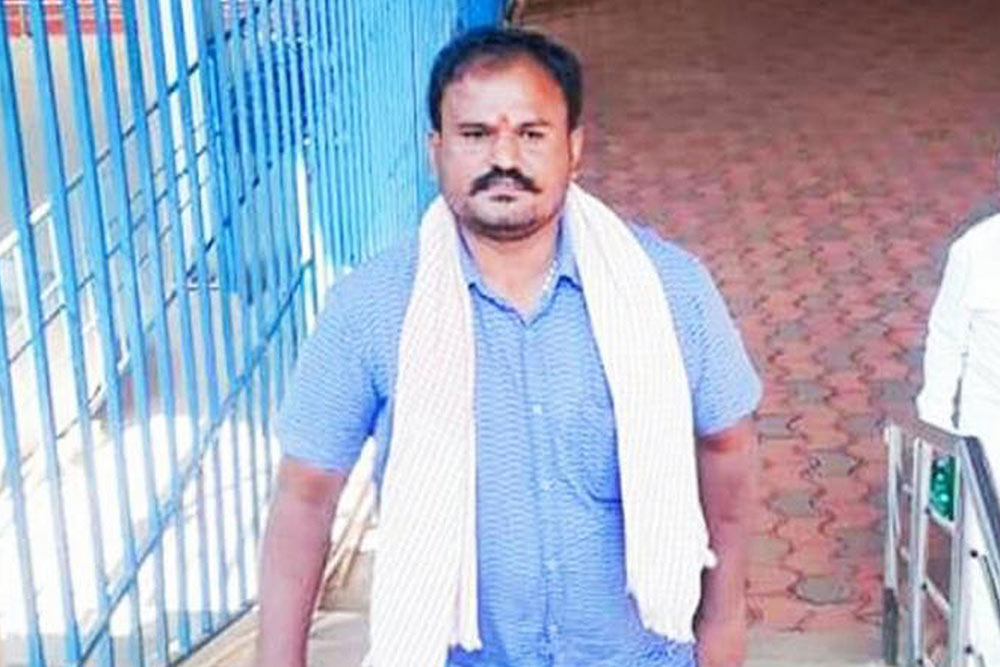 K.T. Naveen Kumar (above), is alleged to have helped the killers ­procure ­bullets for the murder.

The SIT made headway in the Gauri Lankesh case in February with the arrest of K.T. Naveen Kumar, 37, who is alleged to have helped the killers identify her house and carry out surveillance besides procuring bullets. Last week, in a preliminary chargesheet filed against him in a Bangalore court, the SIT cited his statement that Lankesh was killed for her ‘anti-Hindu’ views. Investigators say Sujith called Naveen from public booths and that surveillance led them to the rest of the acc­used. The probe team has been tight-lipped about the details of the investigation which is still ongoing.

Lankesh, who edited the Kannada tabloid Gauri Lankesh Patrike, was shot dead outside her home in Bangalore’s Rajarajeshwari Nagar, on September 5, 2017. The murder came two years after similar attacks on Kannada scholar M.M. Kal­burgi in Dharwad and left-wing thinker and writer Govind Pansare in Kolhapur. Both were rationalists.

READ ALSO: Dying Of The Light

According to sources, the probe reveals that a recce of Lankesh’s home had been carried out eight months prior to the crime and a map of the locality was among the articles seized during the searches.

“Considering this kind of development has not happened in the Pansare and Kalburgi cases, I think it’s very positive,” says filmmaker Kavitha Lankesh, Gauri’s younger sister. “We’ve always suspected extreme right-wing people whom Gauri was against. They think she was against Hindus and I just don’t understand that.”

Although there has been no headway in the Kalburgi murder probe so far, investigators have found a link bet­ween the weapon used for Kalburgi’s murder and those used for the murders of Pansare and rationalist Narendra Dabholkar in Maharashtra in 2013 and 2015 respectively. The story so far is that two guns were used in the Pansare murder in Kolhapur. A ballistic analysis done by Karnataka’s Criminal Investigation Department in 2015 had found that markings on one set of bullets matched with the Dabholkar case while the other matched with the Kalburgi murder, indicating that the same two weapons were used in all three murders.

In 2015, following the attack on Kalburgi, the Karnataka government had stepped up security for Bhagwan. The retired Mysore University professor had, sometime ago, courted controversy over his comment that parts of the Bhagavad Gita were sexist and casteist. The five suspects being probed by the SIT have also been booked for plotting to kill Bhagwan.

Secret Handshakes With A Serpent