The emotional tenor of the film works, the characters and their concerns ring a bell. But it gets chicken-hearted in the end 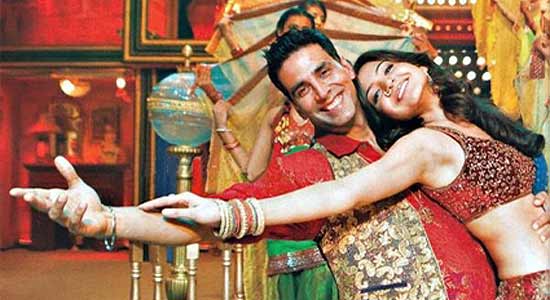 How does one describe Patiala House? Is it a sports movie or an NRI family drama or a populist take on race relations? Like every other film on games, this has the underdog winning the match, and the heart (of England, mind you, not India). To that Advani adds a “taming of the autocratic head of NRI family” tale, a la DDLJ. Some scenes also take off from Khoobsurat, with Anushka Sharma stepping in to play a new age Rekha by brewing revolt in a disciplined household. And then there is the identity, assimilation and integration angle—can your adopted country become your true home? In that sense, PH could well be a British film, which happens to have been made in India, Bollywood style.

Rishi Kapoor is the patriarch of a huge, Punjabi joint family in Southall. Having faced racism in his early years, he decides to become an island unto himself, the sarpanch of Southall, who is more Indian than English. The entire family lives together under his thumb. They have to follow the rules laid out by him and live in England without really becoming English. Discontent simmers but never rises to the surface. The worst-hit is his son (Akshay Kumar), a budding fast bowler who is disallowed to play for the English team and forced to lead the banal life of a shopkeeper. After several over-the-top acts, Akshay reins himself in, but Rishi Kapoor steps in to overplay to the hilt. The worst performance comes from former English cricketer Nasser Hussein, who is forced to speak indecipherable Hindi (Gower, Gooch etc are thankfully spared). Why couldn’t he have just talked in English? Another mystery is why the director had to use other actors to play the younger Rishi and Dimple? Specially because they could themselves have been airbrushed to youth and because the ‘younger’ actors have no resemblance to them.

The emotional tenor of the film works, the characters and their concerns ring a bell. PH also tries to be different by playing with the notions of nationalism and identity. But gets chicken-hearted in the end. Why else would the English team (with a player of Indian origin) not play India in the World Cup? Did Advani think audiences wouldn’t be able to handle that?