Patel Brothers’ Statement Of ‘No Consequence’ 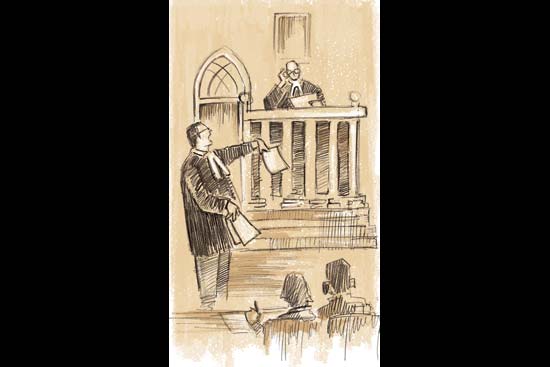 CBI Two Ahmedabad builders, Ramanbhai Patel and Dasrathbhai Patel, in their statement recorded before a magistrate u/s 164 of the CrPC, said that Amit Shah had used police officer Abhay Chudasama’s phone to warn that they should not give any statement on Sohrabuddin case to the CBI. The builders also video- recorded a meeting in which the warning was reiterated.

Court Patel brothers gave three statements, two to the CBI u/s 161 of CrPC and one to the magistrate. “It is absolutely unnatural and unbelievable that the witness states all the facts almost in ad-verbatim even without much grammatical variations. This is somewhat opposed to common sense...CBI also did not get the actual conversation, voice sample etc and therefore this part of the statement is of no consequence”.

CBI Amit Shah was the lynchpin of an extortion racket run through his trusted police officers as admitted by the Patel brothers, who were told to pay `1.5 crore to escape detention.

Court It is at best an opinion of the Patel brothers, based on hearsay and cannot be relied upon. There is absolutely nothing to show Abhay Singh Chudasama was close to minister Amit Shah and carried out alleged illegal activities for him.

CBI ADGP G.C. Raiger told the CBI and the magistrate that in a meeting with P.C. Pande, DGP, and Geeta Johri, IGP, he was given illegal instructions (related to the Sohrabuddin case) by Shah, which he refused to comply with and requested that he then be relieved of his additional charge of CID.

Court  It accepts Shah’s plea that “An officer may consider even a legal instruction to be illegal, based upon his subjective view of the instruction.” A grave and serious charge cannot be framed on the basis of such vague and cryptic allegations. Moreover, both Pande and Johri denied any such meeting ever took place.

CBI V.L. Solanki, an inspector supervising the Sohrabuddin fake encounter case, was summoned by IGP Geeta Johri and was told that Amit Shah was in a foul mood and had asked her to ensure that Solanki changed his status report. Solanki emerged from her chamber and confided to R. Acharya, the PA attached to Ms Johri, about what she had said. Both Solanki and Acharya confirm this event in their statements.

Court Solanki’s statement reveals its hearsay nature as he himself did not attend the so-called meeting between Amit Shah and Geeta Johri…the report he was allegedly asked to change is not on record…therefore I do not find any reason to accept his statement in order to implicate the applicant/accused.

CBI Solanki had sought permission to travel to Udaipur to interrogate Tulsiram Prajapati, believed to be a key witness in the abduction and fake encounter of Sohrabuddin. But permission was denied to him. A few days later, Prajapati was killed in what turned out to be another fake encounter. (Solanki in his statement to CBI confirmed that the case file did not have his letter seeking permission in December 2006, but a letter dated January, 2007, in which permission was granted.)

Court It is a fact on record that the permission to go to Udaipur was granted to him and Mrs Johri to record the statement of the accused Sylvester, henchman of Sohrabuddin, observing that Tulsiram Prajapati, also a henchman, was dead by the time.

CBI The agency collected Call-Data Records between Amit Shah, D.G. Vanzara and Rajkumar Pandian to show that they were in constant touch around the time of the fake encounters executed by the officers. It was unusual for the Minister of State (Home) to be in regular touch with ground-level officers and shows their nexus and complicity.

Court It is undisputed that S. Rajkumar Pandian was the SP, ATS, Ahmedabad. Judicial notice of the fact well can be taken that terrorist activities have increased…in such a situation if a home minister enters in a dialogue with officers like the Superintendent of Police working at the ground level is not a matter of surprise, unusual or unnatural as the CBI proposes.