Pasta By The Lake

It’s unclear why Casa Toscana’s manager was reluctant to have the Italian restaurant reviewed... 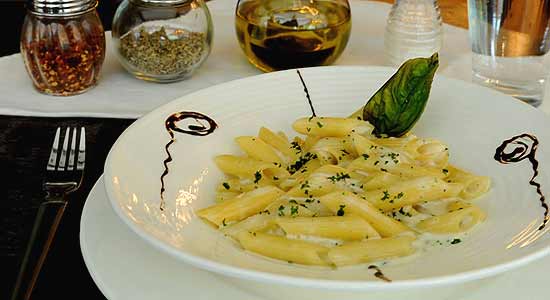 It’s unclear why Casa Toscana’s manager was reluctant to have the Italian restaurant reviewed. Pizza or pasta mey kuch kaala nahin tha—that is, if you don’t count the black olives. Thin-crusted, hand-tossed Margherita pizzas that achieved the perfect crust-to-topping balance indicated the chef’s ability, while the Arrabieta sauces mingled with the penne in proper portions. The blueberry cheesecake was a good bake. The apple crumble—well, it didn’t make us grumble. There were some omissions like lasagna from the menu. But friendly waiters made up for it by eagerly fetching us out-of-syllabus biscotti. The fare wasn’t extraordinary, but then, we weren’t in Rome. This was Rabindra Sarovar, one of Calcutta’s most picturesque areas, sprawled along a large silvery lake, surrounded by green parkland. And the view from Casa Toscana’s first-floor balcony is a rare treat. If you amble in, in the afternoon, which is when it opens, you are greeted with a comforting languor that lingers well into the evening. That’s when anticipation sets in and through the closing and opening of the lounge door below, you can hear the sound of music and merriment. Except—and this was perhaps the reason for the manager’s initial reluctance—the mirth is not alcohol-induced. “Wine is an integral part of Italian food,” he said, “But we don’t have a liquor licence yet.” For a pleasant trattoria like this one, that’s entirely forgivable. Even in Italy I’ve found delightful eateries which are dry.