Passion Is Only Half Of Politics

Expectations for democratic change, in the Arab world and elsewhere, run high. But there is no guarantee. 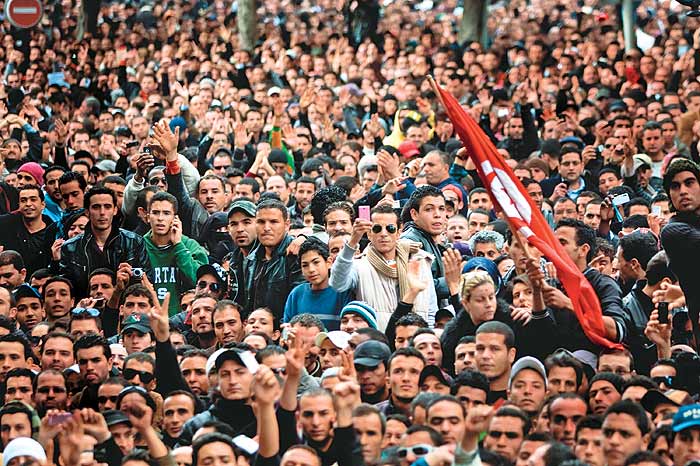 Why does change seem so desirable and so exhilarating in our times? Barack Obama’s presidential campaign was fuelled by the promise of change. In Burma today, there is continuous debate on whether or not the new government means real change or whether it is no more than the old army dictatorship in new civilian garb. Almost every day I am asked if I believe that measures taken by the new administration should be seen as mere window-dressing or as a sign of genuine change in the right direction. After 23 years under authoritarian rule, impatience to see, and to experience, change is understandable. This impatience has been sharpened by events in other parts of the world during 2011.

The political upheavals of the Arab Spring, for one, have been of such proportions that fundamental and irreversible changes are expected throughout the West Asia and Arab Africa in 2012, with possible copycat effects elsewhere. Whether such expectations will be fulfilled will depend on many factors, not least the degree of commitment by those who wish to create a brave new future. I’m thinking of ‘commitment’ here as ‘passion’, in the social theorist Max Weber’s sense of passionate dedication to a cause.

Were the peoples of Tunisia, Egypt and Libya led to topple seemingly indestructible regimes by that kind of passion, or were they merely moved by what Weber denigrated as ‘sterile excitement’? It would surely be sophistry to label as ‘sterile’ an outcry that led to such convulsive, yet profound results. It might be argued, though, that the emotion fuelling the revolutionaries of the Arab Spring was the kind that burns itself out speedily, even if it had been strong enough to set off the first sparks of defiance.

If the original impulse needed some help to turn those first sparks into a full-scale conflagration, another more effective catalyst must have been at work. Could that have been power? People power, or IT power or the power of global democratic solidarity or, simply, in the end, military power, either the use of it or the decision to refrain from using it?

Power is by nature latent until a force sets it in motion. What is it that starts up the engines of power, whether they be tanks and fighter jets and nuclear weapons or diverse individuals linked by a shared cause and modern technology? The means to unleash power that could change frontiers or crush men and their aspirations can become active only when an initial force sweeps away irresolution and inhibitions. The power of defiance, too, needs that first impulse to encourage passive individuals to put aside the inaction fostered by decades of fear or by natural human caution.

Whether Obama’s election was a seismic event or a mere political landmark is a matter of opinion. But there is no such doubt about the anti-apartheid movement in South Africa.

So then, is it ‘passion versus power’? Does it have to be versus? Are passion and power natural opposites, or mutually exclusive in promoting political change, either of the ‘ordinary’ variety brought about through routinised constitutional processes in established democracies, or of the revolutionary brand that reshapes the destinies of peoples and nations?

There is also the kind of change that defeats easy categorisation. The US presidential election of 2008 produced a result that was certainly not ordinary, but whether the election of Barack Obama should be regarded as a seismic event in the history of the United States or a more regular kind of political landmark is a matter of opinion. There can, however, be no such controversy about the outcome of the anti-apartheid movement in South Africa; not only did it produce a tectonic shift that changed the political landscape of the nation, it also changed perceptions with regard to race and colour the world over.

What prevented the now toppled regimes of Tunisia and Egypt from using all their administrative and military might to snuff out the movements for change? What convinced the despots of Libya and Syria to make war on their own people? And what made the anti-government forces of Libya and Syria persist in carrying on their struggles even after it became clear the fight would be prolonged and brutal?

Is there not, behind the iron mask of autocracy, the flesh and blood of human will, just as there is a steely, collective will behind a motley, unarmed crowd determined to exercise its right to cry out its woes and perhaps even to take up arms to assert and claim that right? And is not will—which is, after all, deliberate, controlled purpose—closely joined to passion? It may be joined either as an intense, transitory emotion, which may well be no more than ‘sterile excitement’, or as a long-term, firmly rooted dedication to principles or a cause, whether it be something as broad as freedom or as limited as self-preservation.

As a member of a movement that has been engaged in a long struggle to effect change through non-violent means, I have learned to value above all other attributes in colleagues and supporters disinterested, active commitment. Such commitment is seldom given to pyrotechnic display, but it is always there, and it provides constant assurance that the essential flame that keeps our cause vibrant will not die out. It is passion, not of the sterile breed, but passion that moves hearts and minds and makes history. It is passion that translates into power. When such passion is brought to bear on public issues, it is a potent instrument for bringing about political and social change.

In Burma, again and again, the most active members of our party and other forces committed to the struggle have been placed under detention, their voices silenced, their faces almost forgotten to the public. Again and again they have emerged, like the phoenix rising from the ashes, arousing the world to their cries. In 2002, after I was released from my second term of house arrest, I went on a tour of the country, and the commitment of our supporters translated into large, enthusiastic rallies that made the authorities feel the power of our passion. Quite recently, concern over the fate of our Irrawaddy river united peoples of different ethnic, religious and age groups from all walks of life. Our passionate appeal for a reappraisal of the dam project was so powerful that the president duly announced the suspension of the project for the duration of his term in office.

Can the process be reversed, can power become passion? Power that effects political change cannot be defined as an isolated, unique brand different from all other powers. Party power, money power, media power, pressure group power and many other powers strongly influence political evolution and revolution. Power as the authority of the ruler/rulers backed by the machinery of state might, however, be considered as a contrast to ‘passion’. The distinction between despotic power and democratically invested power is relevant here.

Under what circumstances do those in authority wish to work for political change? If all is going well, the impulse of those who hold the powers of state is generally toward conservation, not transformation. Only when problems arise, and even then not always, do rulers begin to consider the need for change. Intelligent rulers are quick to grasp when change becomes unavoidable. But realising the need for change is not the same as having the means to make it possible.

Passion is more effective than power as an impetus for political change. However, for such change to be sustainable, passion and power must work together.

In pluralistic societies, government alone cannot bring about change. Many other players are involved. The bipartisan negotiations painfully conducted to push through the US debt deal that did not seem to please anybody demonstrated that the President of the United States does not have the sufficient means to effect the change that not only he but many of his countrymen consider necessary.

If presidential power can be considered an impetus toward change in this case, it is one that is easily dissipated by other powers. Commitment, perseverance, persuasion, the ability to win hearts and minds can be effective counterweights to these opposing powers. In other words, passion can fill in the gaps when power alone is not enough.

It is easier for an authoritarian government untroubled by counteracting powers or passions to act in accordance with its own will. A ruthless despot allowed to proceed unchecked can change not just the political scene but the very psyche of a nation. For a time. Under Stalin’s brutal absolutism, terror seeped into the very bones of citizens and made them unrecognisable even to themselves. For a time. Then the despot died, and the country woke from its terrible nightmare. People began to ask what had happened and why. Did pure power alone transform a whole society? What enabled Stalin to exercise power with such single-minded brutality?

Whether Stalin was fired by dedication to a cause in which he seriously believed or whether it was personal ambition that always motivated him, it could be said the element that initially fuelled his ruthless machine was passion, albeit of the worst kind. As his iron rule continued, it was an all-consuming preoccupation with the preservation of his inviolability, obsession rather than passion, which moved him to commit some of the greatest political crimes in history.

Stalin was not alone in establishing his reign of terror. Vast numbers collaborated with him, and some of those who did so consciously and willingly too were fired by passion; passion as commitment to the political and social changes they believed Stalin would achieve for their country or as personal dedication to the man himself. Power can generate passion; and power needs passion as its agent.

In all its might, power is less self-sufficient than passion; passion generates its own force-field, it own power. Passion is in itself a kind of power that is by its very nature a kinetic force.
Power, on the other hand, tends naturally toward entrenchment. When power moves in the direction of political change, it usually does so because external forces—from popular uprisings to poll predictions—have become irresistible.

Passion is more effective than power as an impetus for political change in the first instance. Meaningful political change, however, needs to be sustainable. For that, passion and power must work together as mutually supportive partners.

We all wish for change, but there is no guarantee either that change will take place or that it will in fact live up to expectations. There is always an element of risk when we step out into the unknown. The greatest challenge for Burma and the countries of the Arab Spring, as well as all peoples who hope they will be able to enjoy the flowers and fruits of their endeavours in 2012, will be to bring wisdom to bear on passion and power, to create a blend of the two that is both effective and wholesome.

A Nobel Peace Prize laureate, the author spent nearly 15 years under house arrest as the leader of the democracy movement in Burma