In the border areas of Assam, there’s a comprehensive network of Sangh outfits which concentrate on welfare activities 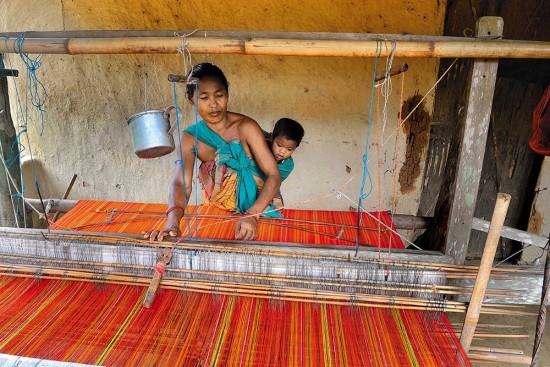 Korobi Basumatary, a Bodo activist of the Rashtra Sevika Samiti, began to exp­and her network days after becoming a pracharika, or full-timer, in 2008. I’d first met her on a December afternoon in 2012 at a Rashtra Sevika Samiti camp in Aurangabad, Maharashtra, to which she had travelled all the way from Kokrajhar. Picked up at an impressionable 20 years of age from a relief camp in 2004, after her house was destroyed and her family scattered in Bodo-Muslim violence, she had committed herself to the Hindutva ideology. It was Sunita, a seasoned pracharika from Maharashtra who had been working in the Northeast for over two decades since the Nellie massacare, who spotted her and took her to a kishori varg, or training camp for young women. Of the passage from trainee to full-timer, or pracharika, Korobi had then told me: “It was like control of destiny—in my hands.”

A pracharika holds a prestigious position in the Hindutva scheme of things. They are well trained in the ideology, as also in paramilitary skills. Like the pracharaks of the Rashtriya Swayamsevak Sangh, they practise celibacy. The renunciation of the materialistic and sexual aspects of life grants them a special status, the chastity being associated with purity and spirituality. Pracharikas commit themselves for life to work in remote areas, spreading the Sangh parivar’s Hindutva ideology.