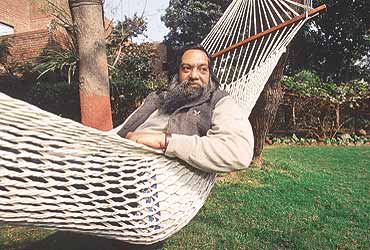 outlookindia.com
-0001-11-30T00:00:00+0553
As Jaswant Singh presents his first budget, many pressures will be on him. But what is worrying is that politicians, businessmen and policy advisors have all almost forgotten that there was widespread drought last year, causing agricultural output to fall by about 3 per cent. Although bulging foodstocks and comfortable forex reserves have meant that very large shortfalls in cereals and oilseeds have not led to corresponding shortages with consumers, the complacency is worrying on two counts. First, the false mood that the effects of the drought are behind us. For those who lost their crops or failed to get employment, the worst has just begun and will continue till the next kharif is in. If this is not factored in, attempts to generate a feel-good factor through the budget might fail.

Second, and more important, agriculture has been in serious trouble since 1998, with negative per capita output growth even without drought. The consequent impact on rural incomes has been compounded by low prices, an unresponsive credit system and very slow growth of alternative employment. Action on many of these fronts, including revitalising cooperatives and making price support and food security effective, are not only long overdue but will require coordination with states and nothing may get accomplished till the next general election if not initiated immediately.

The apathy is partly related to a feeling in New Delhi that nothing is really possible unless the states get their act together. In contrast, a very large part of the commitment on Centrally Sponsored Schemes will remain unspent since states have not been able to provide their share. As the Tenth Plan gets under way, it is obvious that the states’ interest burden will effectively stop all new Plan expenditure at their level, unless externally funded. This post-drought situation, of unsolved problems and bankrupt state exchequers, has the propensity to cripple growth, sap confidence and also blow up into a crisis for the financial institutions involved.

Jaswant will do well to ignore those advisors who continue with monetarist advice amidst bulging real reserves and incipient deflation. Without a real package to restructure state debt, and to reduce interest rates to what is on offer for home loans and the like, there cannot be movement from the state end. Without this, and action on other long-pending issues, there will be nothing on offer for rural India, which will have endured five years of lowest growth as the elections approach.