Nine lenses. Two decades. Kashmir as a visual almanac, a tragedy trapped in a photo album. 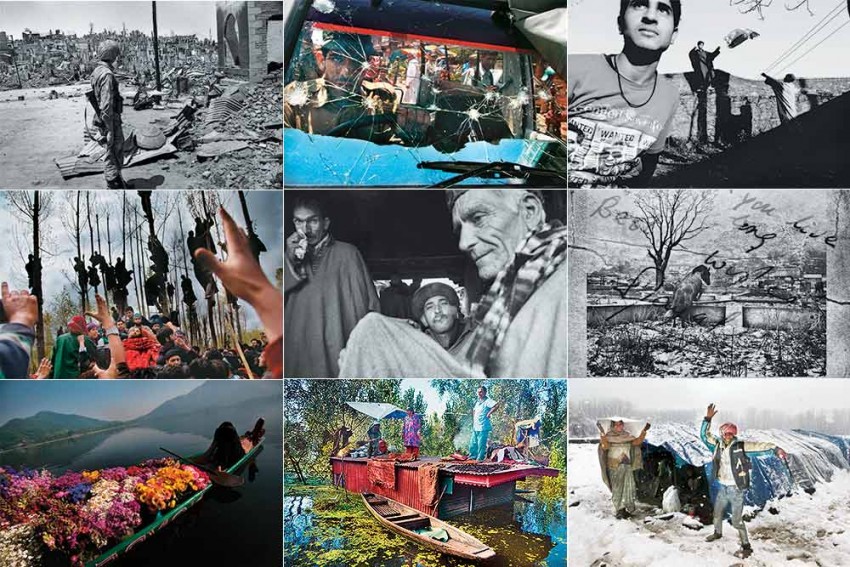 Witness brings together photographs by Kashmiri photojournalists, taken between 1986 and 2016, years when photography in Kashmir came into its own. The work produced in these decades of tumult was a noticeable break with the past. For if there was a formal practice of photography prior to this, it was dominated by Kashmir’s landscape, and photographs were seen as an adjunct to the extensive apparatus of tourism, and before that, of colonialism. Kashmiris themselves were invisible in these pictures. This is precisely the tradition that has been upended by a new generation of photographers.

In the 1990s, as the army and paramilitary forces began a brutal campaign of counterinsurgency, and Kashmir bled copiously,
a silence descended on memories. As people’s accounts of that period became increasingly opaque, it is the work of photojournalists that suggests a way of recovering memories that were almost too dreadful to keep alive.

Witness is also about the life and work of nine individuals, the oldest already a working photographer in 1986, and the youngest not yet 20 in 2016. The frame in which their photographs are placed—that of being ‘witness’—is not a fixed one, nor is it always transparent. The evidence gathered can be read in multiple, complex, ways. What is missing is often as telling as what exists. Yet, amidst the constant ebb and flow of events that have all but overwhelmed Kashmir and its people, this book is intended as a marker, a flag planted in a contested ground