Traditional board games make a comeback courtesy a few enthusiasts 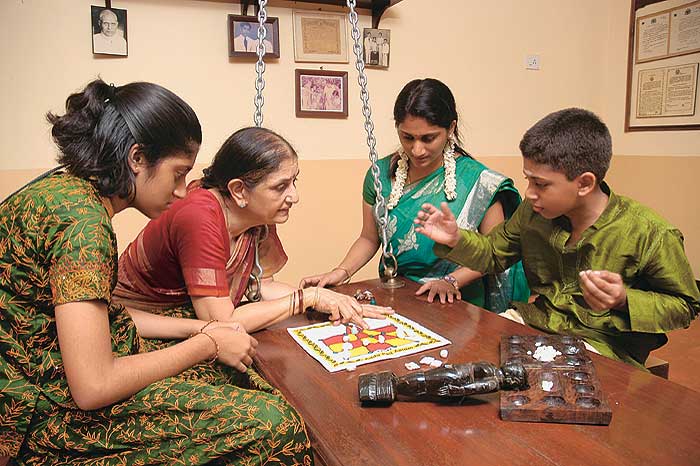 On a flight to Chennai, Balasubramaniam Iyer, a corporate executive from Mumbai, spotted a news item that immediately sent him on a trip down memory lane. It was about a fledgling project in Chennai focused on reviving ancient Indian board games—the very ones he remembered playing as a child in Palakkad, Kerala. “I learned so many mathematical concepts by playing games such as pallanguzhi with my grandmother. I was impressed, therefore, that someone was actually venturing into a world not considered sexy any more, at least not by most children growing up today,” says Iyer. Soon after he got off the plane, Iyer hunted down Vinita Siddharth of Kreeda Games, the subject of the news item, and went back home to Mumbai with several games stacked inside his suitcase.