'Pakistanis Have Blown My Comments Out Of Proportion' 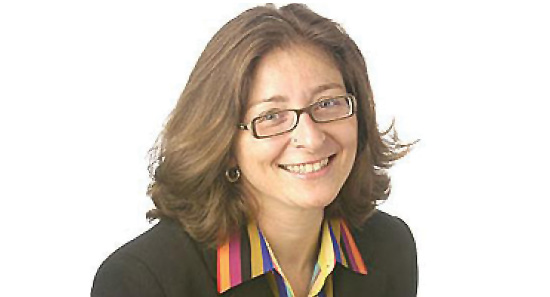 Caught in the crossfire between India and Pakistan over the Balochistan issue is  C. Christine Fair, a senior political scientist at the non-profit think-tank RAND Corporation. This March, Fair participated in roundtable discussion organised by the prestigious American magazine, Foreign Affairs, during which she was quoted as saying, "Having visited the Indian mission in Zahedan, Iran, I can assure you they are not issuing visas as the main activity."  The Pakistani press repeatedly cites her remark to bolster Pakistan's accusations that India supports separatists in Balochistan. Fair, who returned to Washington on Wednesday from a trip to India, addressed the controversy for the first time in an exclusive phone interview with Ashish Kumar Sen and insisted her remarks have been taken out of context and blown out of proportion. Excerpts:

In a Foreign Affairs roundtable earlier this year you are quoted as saying: "Having visited the Indian mission in Zahedan, Iran, I can assure you they are not issuing visas as the main activity!" What did you mean by this?

I am fairly confident that every consulate in Zahedan - and I believe Pakistan has one as well - are not issuing a lot of visas. What I actually meant was something relatively innocuous that the Pakistanis picked up, took out of context and blew out of proportion, and that is that competent intelligence agencies cultivate assets. They have listening posts. They are there to gather information.

I would be surprised if consulates in countries that have competent intelligence services are not doing this all over the place. This is a relatively quotidian activity that virtually all consulates engage in. I meant something far more banal and yet benign, and quite frankly commonplace than what was attributed to me.

How deeply enmeshed are Indian intelligence activities with the separatists in Balochistan?

I have never gone to any lengths to look at that issue and I do not know anyone who has a line of credible information. I have never insinuated anything other than what I have said to you.

Do you believe India is supporting terrorism in Balochistan?

I never said there was active support for terrorism, that was something that the Pakistanis attributed to me.

In your remarks, you go on to say, "Moreover, India has run operations from its mission in Mazar (through which it supported the Northern Alliance) and is likely doing so from the other consulates it has reopened in Jalalabad and Qandahar along the border. Indian officials have told me privately that they are pumping money into Balochistan." Do you believe India is supporting separatist groups in Balochistan?

Regarding Afghanistan, this isn't even controversial. For example, when Ahmed Shah Masood was attacked, he was airlifted to the India field hospital, where he eventually died.

What did Indian officials mean when they told you they were pumping in money into Balochistan?

It was intended to cultivate assets. That's all I ever implied. I have no evidence for explicit support for terrorism. There is nothing in my Foreign Affairs comments that actually says that.

But when you have analysts say India is doing nothing, I don't think that is helpful because I don't believe that is true. India has a competent intelligence agency; India is doing what every other country that is involved in Afghanistan is doing - that is, developing information, developing contacts, trying to assert itself politically. So when people say "Oh, India is not doing anything," that is really not true.

India has had a longstanding relationship with the Northern Alliance. Pakistanis view the Northern Alliance and its offspring as Indian proxies... When the Northern Alliance was handed the keys to Kabul, despite promises from Washington that that would not happen, that changed the way Islamabad viewed things .... Pakistan has chosen to respond through the support of militancy and terrorism. And since the Pakistanis have done far more nefarious things, they will always assume the worst, because they have actually done worse. Pakistan understands how consulates can be used out of Afghanistan, so it naturally expects the worst out of India when it has these assets in place.

Another psy-ops that has been spread is that Pakistani agents talk about these mushrooming consulates but there is no truth in that. I think what the Pakistanis do read is that there is a significant number of Indian civilians [in Afghanistan] and they are very sceptical that these are all civilians. Those threat perceptions are reasonable because Pakistan is a neurologically insecure state.

The Balochistan issue is a little more complicated than may be appreciated because there are Baloch insurgents who have taken refugee in Afghanistan. In a Pakistani interpretation of this, the Balochistan insurgents are the product of an India-Afghan protection racket... In the 70s, India was very open that this was the case. It is a pretty widely held belief in Pakistan that the Balochistan rebels are enjoying succour in Afghanistan with Indian patronage.

Were you surprised at the inclusion of Balochistan in the joint statement that came out of the Manmohan Singh-Yousaf Raza Gilani meeting in Sharm el-Sheikh?

Yes and no. Given how much the Pakistanis have been wanting so much to find some way of establishing some kind of theory of victimisation, in that sense, no, I am not surprised. But in terms of the on-the-face merits, I was really quite surprised.

The Pakistan civilian government doesn't really have any control over any of these policies. In dealing with the Pakistan government one has to wonder what is the civilian government up to and on whose behest are they acting. Pakistanis generally believe that Indians are involved in what is happening in their country. A recent poll in Pakistan found many Pakistanis believe India was behind the Islamabad Marriott and Lahore attacks.

Also, the Pakistani media is very much manipulated by the ISI. The ISI has very standard operating procedures to plant stories in the media. There have been stories about me as well... I recently learned that I am a neo-conservative with a Zionist agenda!

Does India's decision to put Balochistan on the table help in moving forward the anti-terrorism dialogue? Do you expect Pakistan to be more willing to acting against LeT?

There is a lot of cynicism in Pakistan about the relationship between the military and the Taliban. Even though all these Taliban were displaced in Swat no high-value leader was killed.

What they are not going to operate against is LeT or JuD and I don't see any reason why they will, because, in part, one piece of evidence that suggests to me that LeT remains on the leash of the ISI is that it has never targeted the Pakistani state. There is not a single attack against the Pakistani state that can be attributed to LeT. The relationship with JeM is a lot more complicated.

Then you don't see Pakistan giving up its support for terrorism?

While India's economy is booming and its relationship with the US, Israel and every other country is growing, Pakistan is becoming ever more diplomatically isolated. I think that as the power inequality between India and Pakistan expands, Pakistan is going to be more reliant on militancy not less. I think this idea that, as India becomes stronger and Pakistan becomes weaker, that Pakistan is simply going to capitulate and acquiesce is probably not going to happen. In fact, I see quite the opposite. I see Pakistan becoming ever more unable to shake free of this tool that it has developed - and from its point of view successfully - for the past six decades. Now, obviously this is not something that has been beneficial. It is eroding the state, it is driving the state ever more into a pariah status and it is destabilising the subcontinent. But from the Pakistani cost-benefit optic this has been something that has worked for it.