Pakistan Is On Gradual Path To Democratisation

The dent in Nawaz Sharif’s electoral power, engineered with much care, has boosted Imran Khan’s position in the forthcoming election in Pakistan. 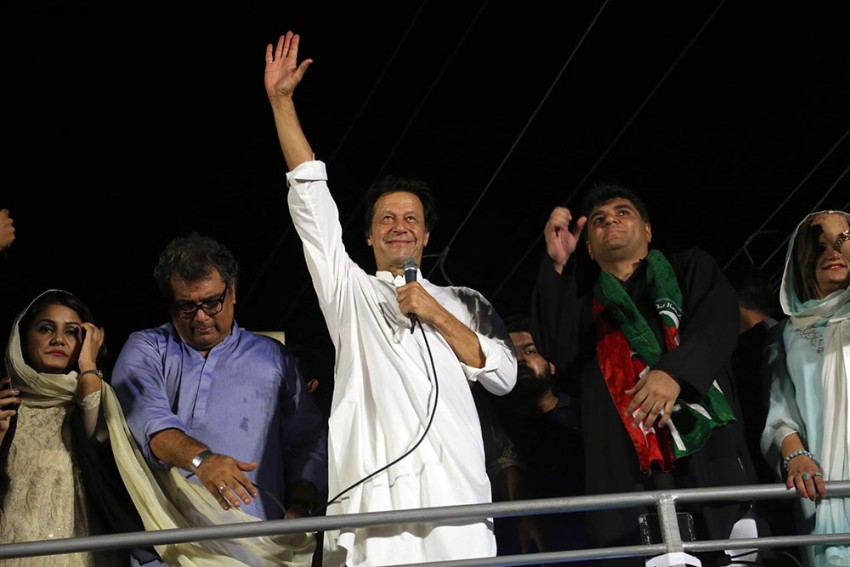 In less than ten days, Pakistanis will elect a new government. This is the third general election in the past decade and there will be a peaceful transfer of power after July 25. This is cause for celebration, since democratic discontinuity has been a perennial theme of Pakistan’s history. If anything, Pakistan’s democracy has made progress and there is a consensus on the continuation of the democratic project. As is the case with most transitional polities, this is not an easy transformation.

The election campaign for the forthcoming polls has been marred by a number of worrying developments. There is the ongoing turmoil around former prime minister and his party, Pakistan Muslim League-Nawaz (PML-N). Sharif was ousted through a court verdict in July 2017, after the Panama Leaks scandal indicated his family had amassed offshore wealth, some of which was allegedly laundered from Pakistan. Sharif denies this charge and his narrative—it has been rather popular with his home base in the largest Punjab province—holds that he has been punished for standing up to the powerful military. Sharif was disqualified to hold office and on July 5 an anti-corruption court convicted him and his daughter—the fiery heiress Maryam—of presumed corrupt practices.

Both father and daughter are jailed in Rawalpindi. This may garner sympathy votes, but Punjab’s electorate swings towards the one who is likely to gain power. Punjab matters for whoever wants to form the government at the Centre. In the lower house, out of a total of 272 seats, the province will send 148 legislators. So the elections are very much a battle for the Punjab throne.

Sharif’s arch-rival, Imran Khan, could not have asked for a better deal. In fact, his two decades of politics has been fixated on the issue of corruption. Not unlike Arvind Kejriwal of Aam Aadmi Party, except that Imran is a larger-than-life hero in Pakistan. From his cricketing success to philanthropic pursuits such as building a state-of-the-art cancer treatment hospital, Khan is seen as the ‘clean’ option within Pakistani politics. But Imran can be naive, temperamental and has failed to build a viable electoral party machine over the years. But this time lady luck has been smiling at him.

Read Also: The Many Merits In His Stars: Can Likely Pak PM Imran Khan Produce A Nuanced India Policy?

After the royal spat between the PML(N) and the establishment, Imran has been the obvious choice for the establishment—a euphemism for civil-military bureaucracy, big business, sections of corporate media—as the next choice for prime minister. Or, at least, a coalition that his party can lead after the July 25 elections. For this purpose, there have been reports of intimidation of candidates in an attempt to force them to defect to Imran’s Pakistan Tehreek-e-Insaf (PTI). The winning horses with local clout, also known as ‘electables’ or ‘turncoats’, have been gradually shifting towards PTI, thereby denuding the support that Sharif and his party enjoyed.

The dent in Sharif’s electoral power, engineered with much care, has boosted Imran’s position in the forthcoming election. Imran’s other foe, the Pakistan People’s Party (PPP), has also been relega­ted to a regional party still popular in the south of Sindh province. It is likely to emerge as the third big bloc within the lower house. If Imran’s party doesn’t muster enough seats, the two may have form a coalition and the establishment is likely to support it.

The question is if the polls will be seen as legitimate by the losers. PPP and PML(N) have both complained of manipulation.

Imran has also been supported by sizeable sections of the media. Since the Panama inquiry, Pakistan’s TV screens have conducted several trials of the Sharif dynasty. Concurrently, Imran has been presented as the harbinger of a corruption-free polity, even though he also bought property abroad through an offshore company. In this saga, the courts have also been favourable towards Imran and the Sharifs have been at the receiving end of judicial verdicts. In fact, Sharif and his party have popularised the theory that the establishment may have been influencing the courts.

There are historical reasons to claim that Pakistan’s judges—through the country’s history—have sided with the military and leg­itimised almost all the coups. But this time, the courts are not the simple puppets of the past. The judiciary, after the lawyers’ and judges’ movement (2007-2009), is far more empowered than in the past. There is an element of populism and the current chief justice has been visiting hospitals and schools. He has now embarked on a dam-building programme, for which he has been asking for public donations. This is all rather chaotic, for institutional boundaries have dissipated, and in this messy situation, the country’s most organised institution—the army—emerges as the arbiter of the upcoming political transition.

Election day remains the biggest unknown for now. For, all the pre-poll arrangements can fall flat if large numbers of Sharif’s supporters—angry and sympathetic to the plight of their leader—cast their votes and return PML(N) candidates. But it remains to be seen, for the odds are now clearly stacked in favour of Imran Khan.

The real question now being debated, though in a hushed manner, is if the election will be viewed as legitimate by the losing parties, especially the PML(N). PPP chairman Bilawal Bhutto has already complained of manipulation and the PML(N) has been saying this for a while. But then, no election in Pakistan has been free of such allegations. Even the last election was viewed as ‘rigged’ by Imran and he continued to protest for years. It is, therefore, clear that whoever wins the election will not face an easy time with a powerful opposition.

More pressingly, the next government will have to arrest the economic crisis that faces the country. The rupee has been in a free-fall, there is a balance of payments crisis and Pakistan has to resort to a stringent IMF programme that will come with a host of conditions that may initially squeeze economic growth. Furthermore, the recent spate of violence has indicated that terrorism will be a major challenge. With an unstable situation in Afghanistan and skirmishes on the India-Pakistan borders, the next government will be in an unenviable position.

The biggest challenge that will remain is the troubled civil-mili­tary relationship that will not change anytime soon. There are structural issues involved, as the military not only enjoys and wields wide-ranging powers, but many Pakistanis also view it as the country’s saviour against internal and external threats. There is a degree of elaborate public communications campaign that the military is adept at, but there is also the reality of Pakistan dealing with militant groups, especially the Pakistani Taliban. Not to mention the ‘Indian threat’—an essential pillar of Pakistani nationalism. For civilian governments to change this in a short span of time is simply impossible. If Imran wins the election, he may enjoy good relations with the military at the start, but once he asserts his authority in vital areas such as foreign and security policies, he will have to learn the art of walking a tightrope.

Nonetheless, it is clear that Pakistan is on the gradual path to democratisation, recent reversals notwithstanding. The military has found means other than a traditional coup to exercise control, but with a Punjab politician, Nawaz Sharif, challenging such authority is a first in country’s history. The July 25 elections are immensely significant. History is being made in Pakistan.

(The writer is editor of Pakistani newspaper Daily Times, visiting faculty at Cornell Institute for Public Affairs and author of Being Pakistani: Society, Culture and the Arts)