“Pak Trying To Finish ­Off J&K By Radicalising ­Kashmiris”

Senior RSS leader Indresh Kumar on the unrest in Kashmir, Article 370 and the future of BJP's relationship with Muslims and Christians. 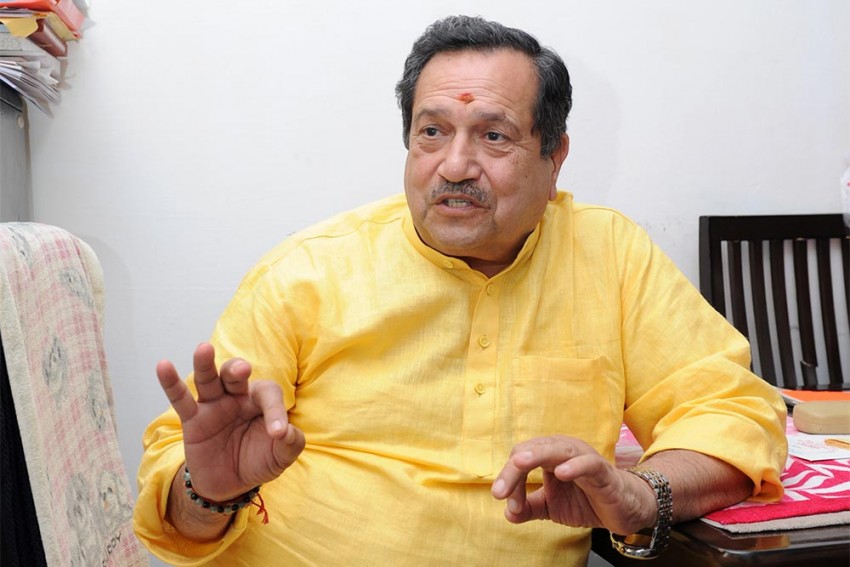 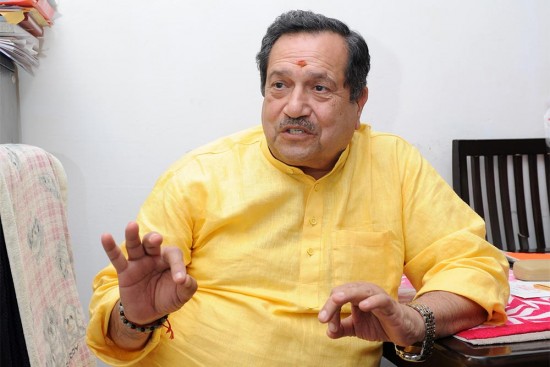 Senior RSS leader Indresh Kumar is wid­ely believed to have created the Ras­htriya Muslim Manch, an RSS-inspired organisation for Muslims. In a freewheeling conversation with Bula Devi, he insists that he was never named in any FIR in a Hindutva terror case. He explains that India finally has a clear ­policy and vision on Kashmir and Pakistan as the two issues are now being dealt with sep­arately. Exc­erpts from the interview:

How do you assess the unrest in Kashmir?

There are two separate issues—India versus Pakistan and India-Kashmir. Pakistan is trying to finish off Kashmir by radicalising Kas­hmiris, whipping up their emotions, arming them.... Pakistan can’t get over the fact that it was part of India before 1947 and they are worried on every front. India has never shown aggression against other countries. But that is not the case with Pakistan, which hasn’t shown any humanity towards the people of Sindh, Balochis­tan and Pakhtoonistan. They want India and the international community to help them. Pakistan-occupied Kashmir (PoK) never joined Pakistan; it has a different code of conduct. We still keep 24 seats for PoK in the J&K Ass­embly. All of them want to come out of Pak­istan. No wonder Pakistan is worried. And that is the reason why they are causing trouble in Kashmir. Pakistan needs to be taught a lesson and India’s 1.2 billion people are totally behind the government in any action it takes. Kashmir, however, needs to be tackled with humanity. To res­olve the turmoil, we need to listen to the grievances of the Buddhists, the Dogras, the Sikhs, the Gujjars and all the others. Once we have heard the grievances of every section, including the youth, and redressed them, the turmoil will end. Security facilities should be taken away from those who follow Pakistan’s diktats. A small section of people are in favour of Pakistan; they can go and live there.

We should have more experts, intellectuals and NGOs working in Kashmir. We need to address the grievances of those who have taken the path of terror. They are not our enemies; they are our own citizens. They have to be brought to the mainstream of the state and the country. But unless we contain Pakistan, no development can take place. Through ISIS, Pakistan is creating terror throughout the world.

The BJP had six months to start a dialogue with all stakeholders. Do you think the BJP lost a golden opportunity?

They are trying their best and I hope they will succeed. This is the first time that Pakistan and Kashmir issues are being dealt with separately. There is a clear-cut policy and vision on the issue now. The people don’t want any more rhetoric from politicians. They want action and we will show Pakistan its place. Pakistan ko hum aiyana dikha ke rahenge (We will show Pak­istan the mirror.) As citizens, we sho­uldn’t question the government’s str­ategy. When governments in France, Israel or Japan, prepare their strategies, their ­cit­izens don’t question them.

You have been asked to consolidate the OBCs and minorities in Uttar Pradesh Will Muslims too get tickets?

The RSS doesn’t differentiate among  OBCs, Muslims or Christians; they are all Indians.

"We need to address the ­grievances of those who have taken the path of terror. They are not our enemies; they are our own citizens".

I am a nationalist. Since the times of the UPA, there have been (terror attack) cases going on in eight places­—Pan­chkula, Jaipur, Ajmer, Bhopal, Dewas, Malegaon, Mumbai and Hyderabad. Both the Central Bureau of Inv­­estigation (CBI) and the National Inv­esti­gat­ion Agency (NIA) have registered FIRs but the fact remains that none of the FIRs mentions my name and not a single witness mentioned my name. The then government played mischief and committed a crime. I ask why did the media play along with the UPA government? Why didn’t the media question the UPA?

What lies ahead in the BJP’s rel­ationship with Muslims and Christians?

There is another community­—the Bud­dhists. There are about 17 crore Mus­lims and around three crore Christians acc­ording to the census. When they go back to their roots and their ancestors, they say they have only changed their way of worship, but they belong to the same ancestors, language, caste and traditions. In fact, when Asaduddin Owasi said it is not necessary to hoist the tricolour, there were spo­ntaneous protests by Muslims in the cou­ntry as well as abroad. Subsequently, imams and other leaders realised that they cannot poison the minds of the Muslims and others. The Muslims regret that they were used for votebank politics and kept away intentionally from the mainstream. Whether they be Muslims or Christians, now everyone feels it is better to follow one’s own religion and respect that of the other instead of going radical. They want to see India free of riots and conversion.

The RSS and the BJP disassociate themselves from the Muslim Rashtriya Manch whereas in reality the manch is trying to proselytise the Muslim community tow­ards the Sangh and the BJP...

It is a movement started in 2002 by the Muslims. It is a movement by Muslims, of Muslims, for Muslims. The first aim is to make religion the basis of harmony and not confrontation. Secondly, while Muslims have so far been categorised as a minority community, here the effort is to bring them into the mainstream. The third aim is to remove the perception that Muslims are radical.

"Those who influenced the minds of Muslims and made them feel fear and under pressure in hoisting the tricolour have ­committed a national crime."

Not only political parties but non-political parties too have Muslims in their org­an­isations. But the political leaders, through the media and for some reason known only to them, have misled Muslims about the Sangh. Muslims have been fed with misconceptions about the RSS. When the local Muslims realised it, they decided to open a direct communication channel with the RSS. The Sangh welcomed their initiative and gave me the responsibility to guide them and bring them into the mainstream. That’s how the Manch has evolved.

Is it correct to call the manch one of the wings of the RSS since it has the blessings of the Sangh?

No, it is completely independent. Hoi­sting of the tricolour in madrasas or in Muslim mohallas should have happened in the nat­ural process, just like it is done in any government and non-government educational institutions. However, it is surprising that none of the political parties—the Con­gress, the Samajwadi Party, the Janata Dal and others who claim to be close to the Muslims—could make it happen. Why did they fail? Was it their intention to keep Muslims out of the mainstream, allow the image of the radical Muslim to continue and create hatred for the RSS? Before the political parties could succeed, however, the Muslim Rashtriya Manch decided to take the national flag to Muslim mohallas and madrasas. As a result of 10 years of ­efforts, the tricolour was hoisted this year in 3,387 Muslim mohallas and madrasas. And in some cases, Vande Mataram was also sung. Some might interpret this as the RSS doing it, but the Sangh has no presence in madrasas. The fact remains that none of the political parties or ­organisations could sow this seed earlier. I may have helped them with the vision, but it is the manch that has executed it. It is a big success.

The manch has also started a reformist movement. They have started cow milk parties instead of gosht (meat-eating) ­parties. There have been 150-200 cow milk parties already and the number is growing.

Nobody doubts the sacrifices and ­con­­­tributions of the Muslims in our free­dom struggle. Why should it be mandatory for them to hoist the ­national flag?

The entire nation knows the contributions made by everyone for the independe­nce of the country. The ­tricolour flutters from every building on  Aug­ust 15 and January 26 every year. When Jains, Sikhs, Buddhists, Balmikis and everyone else hoist the national flag wilfully, why not Muslims too? Aren’t they part of the mai­nstream? There is no pressure on them. Is it not a social and national res­ponsibility? In fact, those who influenced the minds of the Indian Muslims and made them feel fear or pressure while hoisting the tricolour have committed a sin. They have ­committed a national crime. Do you think Muslims shouldn’t salute the ­sacrifices and contributions of those who sacrificed their lives for the nation? Every Indian should salute the sacrifices of every caste, creed and region. The ­question of whether hoisting the tricolor is out of swabhimaan or pressure shouldn’t arise. The Muslims are happy. They feel they are part of the mainstream and question those who try to play ­votebank politics and kept them away from the mainstream.