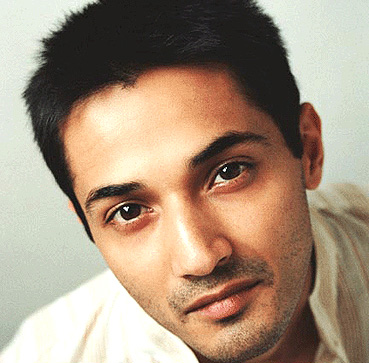 The Lost Flamingoes Of Bombay
By Siddharth Dhanvant Shanghvi
Penguin Viking Pages: 368; Rs. 499
Siddharth Dhanvant Shanghvi’s The Lost Flamingoes of Bombay is about love, longing and the ache at the heart of desire. Shanghvi slides love under the microscope and dissects it with a doctor’s eye. Running and romance seem to go together. We run from ourselves to the arms of those we love only to find these arms are shackles. And so we run again.

This novel is about the English-speaking upper middle class where characters drink Bellinis, watch Naseeruddin Shah films, buy Billie Holiday records from Rhythm House and watch Urdu plays. Their cars’ backseats are strewn with copies of ArtIndia and Tehelka. Lovers talk in a mix of Americanese and Hinglish: "You’re a real trooper, you know." "I’ve got the skin of a rhino, jaan." This is Shobha De for the thinking man.

Rhea and Adiare are a corporate couple desperate for a child. Adi attends business meetings in foreign cities, listens to the saxophone, drinks bourbon. Rhea dabbles in pottery, bakes cakes for him. Samar is a pianist who spurned the limelight at his peak and now lives in with his American writer boyfriend Leo. There is the ravishingly beautiful Zaira who yearns for Samar but is defeated by his homosexuality. Holding the novel together is Simla boy Karan, a talented photographer who turns up in Bombay via Delhi. Karan fancies Rhea; they even have a brief affair but, in the end, she chooses the security of her marriage. But it’s the odd friendship between Karan and Samar which outlasts other bonds. Zaira is shot dead by a politician’s son after refusing to serve him alcohol at a promotional event—an obvious reference to the Jessica Lall incident. Her murder and the subsequent court case serve to bring Samar and Karan closer.

The novel’s second half draws out the nexus amongst politicians, celebrities and the judiciary. Shanghvi is scathing in his indictment of modern India: "Once fraud had got hard-wired into the national consciousness, the political machinery did not work to rectify the flaw but to embrace its ideals."

Drawing an instance from public memory and using it to further the plot is one thing. To do so repeatedly is probably not a good idea. We know these things happen but for all of them to coexist in the same narrative, well, is hard to believe. We have Bollywood beefcake Rocky Khan who is "frequently possessed by an impulse to tear off his kit" and who, one drunken night, drives over three people sleeping on a pavement. As if Jessica Lall and Salman Khan were not good enough, Shanghvi goes ahead and throws in the Bombay floods, Shiv Sena’s anti-Bihari agitation, the ’93 riots. One feels that if 26/11 had happened while this novel was being written, Shangvi would have mixed that in as well.

The writing is engaging, even though the quality of the prose can be disappointingly uneven. The damp walls of a room are clunkily described as giving off "wet whiffs of white limestone". And Samar’s photographic talent is so "huge and rambunctious" that it "bled out of him like monsoon from an August sky". Shanghvi clearly struggles with his metaphors. Also, writing about sex is not easy. Sentences like "His tongue, moist and thick and interested, was like fingers parting the petals of a reluctant rose" surely make this novel a candidate for the bad sex award.

Flamingoes, at one level, is a meditation on love and sex. It’s about the inexplicable and mysterious pull that cities and lovers exert on us. On another, it’s about the sleaze, greed and lack of principles which characterize post-liberalisation India. Melancholic, gritty and relentlessly contemporary, this is a novel that simply demands to be read.