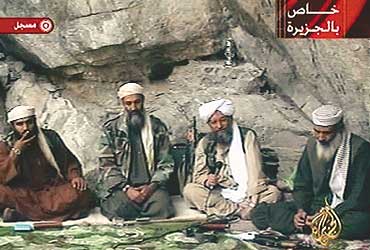 outlookindia.com
-0001-11-30T00:00:00+0553
The Gulf War demonstrated to the world the formidable power of satellite television and cnn, startlingly conveying the relentless bombing of Iraq live into the cool comfort of drawing rooms. It also testified to the manner in which the media is often an agent for saturation propaganda war. A decade later, the situation remains the same but the players have changed. Even as Washington rains bombs on Afghanistan, cnn's—and the West's—stranglehold over information has been broken by the Qatar-based satellite TV channel, Al Jazeera.

Operating from a bungalow in Doha that would barely house the average Delhi joint family, Al Jazeera shot into the international limelight with its telecast of Osama bin Laden's riposte to the US, an hour after Cruise missiles began raining on Afghanistan on October 7. More important, this time around it is Al Jazeera which has been beaming live pictures of the attacks, instead of cnn.

Understandably, Washington is nervous about the impact Al Jazeera could have on the Arab world. Last week, the Emir of Qatar, Sheikh Hamad bin Khalifa Al Thani, confirmed that US secretary of state Colin Powell had requested him to exert influence on Al Jazeera to not give space to anti-American opinions.

This isn't the first time Jazeera has incurred the displeasure of foreign governments, having in its five years of existence run foul of most Arab regimes. Says Sheikh Hamad bin Thamer Al Thani, the channel's chairman, "We have been accused of acting on behalf of Iraq, Islamic fundamentalists, secularists, America... even Israel. These allegations only go to prove that the channel is covering the entire spectrum of opinions."

Scoffing at allegations of being a mouthpiece of bin Laden's terror organisation, Al Qaeda, bin Thamer asks whether any news organisation in the world would have passed up the chance to telecast the former's views. The televised speech, incidentally, had been taped and handed over to the network's reporter in Kabul, Tayseer Allouni.

Adds Ibrahim Hilal, chief editor, Jazeera, "We are in the news business. We'll not hide any truth. Our policy is to air all shades of opinion. The attention of the whole world is riveted on Afghanistan now. These are historic times and we are the only ones there. If we don't show it, who will?"

Hilal rubbishes the western media's fears that bin Laden could be using Jazeera to transmit coded messages to his operatives worldwide. "We're professional journalists. Do you think we would put out everything he says? Certainly not." Nor is he particularly bothered about the consequences of bin Laden's reference to "hereditary rulers" in the Gulf who are sympathetic to the US. "How the political situation in the Gulf develops as a result of Osama's remarks is not our problem. We are concerned about upholding our policies—of fearless, unbiased and independent coverage. Otherwise, we'll lose our credibility," says Hilal.

And credibility Jazeera surely enjoys, what with a massive following in the Arab world, hitherto starved of opinions and news coverage other than what the state-owned media beamed. Some of the credit for this refreshing change must also go to Emir bin Khalifa who, after coming to power in 1995, abolished the ministry of information and culture to ensure media freedom. His government also agreed to fund Jazeera to the tune of $30 million annually till November 2001.

But the Qatari government's generosity doesn't mean it has been spared—its policies are often criticised on the channel. The Emir recently told the New York Times, "What a headache it is (Jazeera). But all the same, I think of it as a kind of oxygen invigorating our thinking. I tell my children, 'If you want to know the issues of real importance in the Arab world, watch Al Jazeera'."

Other heads of state, though, haven't demonstrated such a large-hearted democratic spirit. Within a year of its existence beginning November 1, 1996, Jordan threatened to close down Jazeera's office there because a speaker in Opposite Direction, a hugely popular Arabic talk show, described Jordan as "an artificial country created by Zionism". Soon the Algerian government also got into the act, resorting to power cuts to ensure its citizens didn't listen to the debate on the country's civil war. In another incident, a Saudi minister publicly accused Jazeera of serving poison on a silver platter, miffed at what he thought was the channel's pro-Saddam bias. At the other end, Iraq, too, has complained. The country, on the occasion of Saddam's birthday, accused the channel of adopting a pro-America perspective. And Morocco withdrew its ambassador from Doha partly because of the channel's perceived anti-monarchy stance.

With an English channel on the anvil, Al Jazeera is now poised to take the Arab world to the West—and perhaps foster a better understanding between the two.

Making Choices: US And Them