Out Of Strategic Depth

Without the help of the Muslim community, India's war on terror is lost 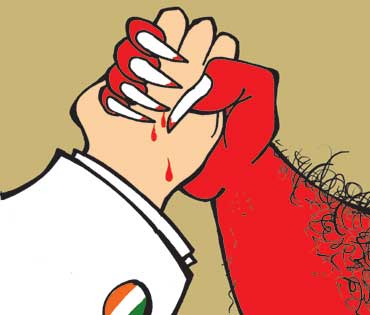 The security forces usually respond to the public pressure by diverting the blame elsewhere. In the past decade, their favourite whipping boy has been Pakistan's ISI. The ISI has been accused, with ample justification, of having assisted in the birth of the HuJI, just as it assisted the growth of the Lashkar-e-Toiba into a full-fledged terrorist force a decade ago. But this is a barren and ultimately futile exercise. The ISI is playing it with equal vigour, accusing India of stoking rebellion in Balochistan.

The truth is that when the only motive for murder is hate and when the killers do not mind whom they kill, there is no way to anticipate where they will strike next. The only way of preventing such attacks is to gain prior information. But that information can only come from the people among whom the terrorists seek shelter as they plan and execute their murderous attacks.