Out Of Kala Pani, Again

A controversial icon from the past has come to haunt the politics of today. In Maharashtra, he may decide who rules in the coming elections. Updates 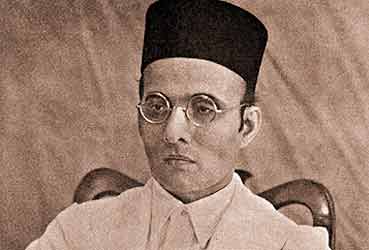 "Hindustan must be looked upon both as a fatherland (pitribhu) and a holyland (punyabhu). Muslims and Christians cannot be incorporated into Hindutva because their holyland is in far off Arabia or Palestine. Their names and outlook smack of a foreign origin. Their love is divided."
—V.D. Savarkar in Hindutva: Who is a Hindu?, 1923

By the time Vinayak Damodar Savarkar died in his Shivaji Park home in Mumbai in 1966 at the ripe old age of 83, he had become something of a recluse, on the margins of Indian politics. In his lifetime, the Hindu Mahasabha leader could never live down the blot of being the main inspiration for the murder of Mahatma Gandhi. But once the BJP captured power in Delhi in the late ’90s, a systematic campaign began to give respectability to Savarkar, a brilliant but controversial figure, and place him on a pantheon of national icons equal to Gandhi, Nehru and Bose. The ongoing controversy over Savarkar stems from the fact that many Indians still refuse to hail him as a national hero.

But it’s a statement on our times that Savarkar should be at the centre of a political storm that has led to repeated adjournments in Parliament and will cast a long shadow on the October 13 assembly elections in Maharashtra. The high-decibel battle between the BJP-Shiv Sena and the Congress is at its heart a tussle between competing ideas of Indian nationhood. 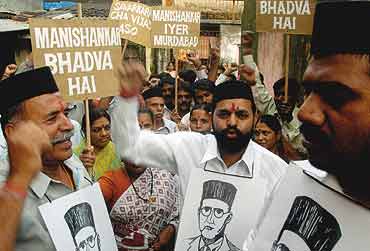 It was the maverick Union petroleum minister Mani Shankar Aiyer who struck the first blow. His predecessor Ram Naik had commissioned a sculpture accompanied by plaques inside the infamous cellular jail in the Andaman islands, where Savarkar had done hard labour for 11 years. The sculpture, called the freedom torch, was ready only in May 2004 by which time the NDA had been...