For the corrupt rich, India is hell to live but heaven to loot. They flee after the crime, seldom get dubbed anti-nationals. 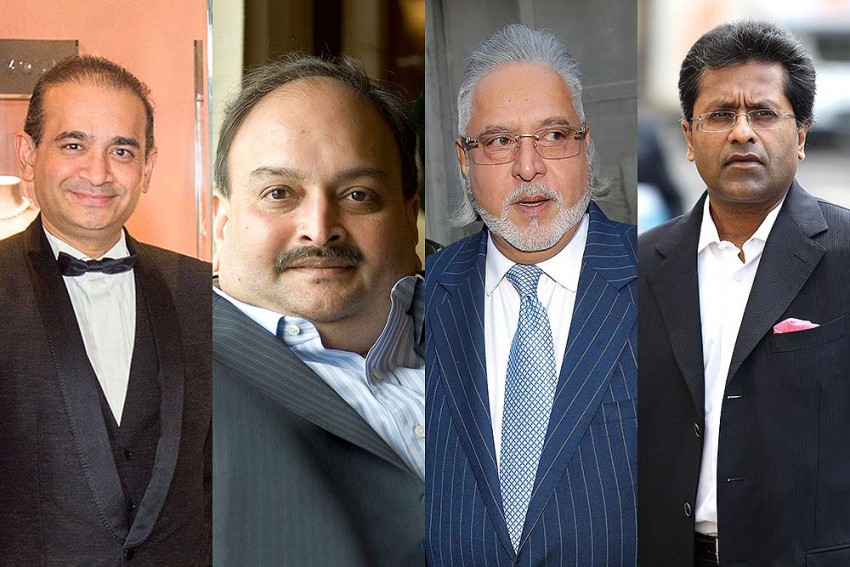 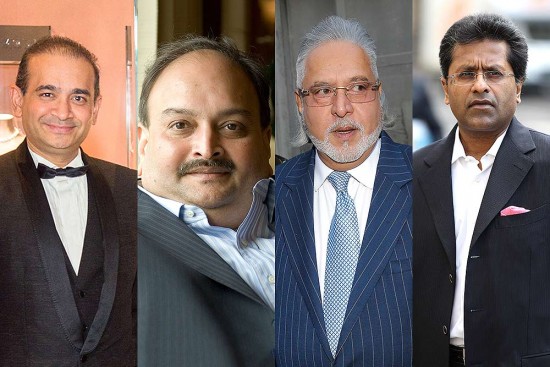 Eighteen decades ago, in or around 1840, Calcutta saw the subcontinent’s first bank scam. It was by a duo—one of them businessman Raj Kishore Datta, who, interestingly, had himself founded the bank, he plundered along with his son-in-law Dwarka Nath Mitra. Author Shib Chunder Bose documented the pioneering loot in his 1881 study, The Hindoos As They Are. He was, however, ashamed to furnish the full list of the glowing accomplices and accompanists in the crime. Bose, of course, hinted that a combination was formed among a few influential natives, whose names “I am ashamed to mention and a well concocted system of fraud was organized”. To highlight his social class, noted he, Datta was “a very respectable Hindoo gentleman” of Calcutta. This alluring coat of social respectability protected certain class against exposures of disgraceful crimes committed by them. A privilege not many enjoy!

Today, the feat has been repeated by another duo: Nirav Modi and his uncle Mehul Choski. Only that they targeted the country’s nationalised banks—perhaps considering them a safer target, given the vulnerability. If Datta and Mitra had no safety valve in place during the colonial era, it’s one advantage their 21st-­century manifestations do enjoy—covertly, if not overtly. They have everything in place: for protection, and rescue in case of intervention from the administration, legislature or the judiciary. They have rubbed shoulders with the high and mighty in public on camera. So, their closeness off the camera with the powers-that-be is better left to imagination.

If Kali was the projected icon for a pair that carried out a Raj-era fraud, Vijay Mallya would visit Tirupati to show off his ‘devotion’.

As for the Datta-Mitra bank scam, Raj Kishore was “a great devotee” of Kali. His “greatness” was exhibited in his liberal spending on the puja of the goddess. Every month, on the last of the dark night of the moon (amavasya), Datta used to install an image of this goddess, costing no less than Rs 1,000. His other expenses on the occasion ranged between Rs 6,000 and 7,000—not a small amount those days. That was for gold and silver ornaments, which, of course, went to benefit “the officiating priests”.

Then there was an annual puja—in the month of Kartik. On that occasion, Datta would give “the goddess a gold tongue and decorate her four arms with diverse gold ornaments” to the cost of about Rs 3,000. Datta was a very calculative and sleek operator with perfect worldly wisdom. To allay any suspicion around him and also remain impenetrable for the public, he continued to exhibit his devotion for Kali in “magnificent style”. Datta’s veneration became “more intensified as his wealth increased”. In truth, his display of wealth and riches reached high levels of vulgarity around the Kali puja.

So, what was the tacit intention behind showing off his opulence? Datta’s India Bank circulated, according to a cryptic account reco­rded by Bose, “notes of its own to a considerable amount”. Thus, a combination was formed among a few influential natives (whose names Bose won’t mention). “Through one Dwarkey Nath Mitter, a son-in-law of Raj Kishore, company’s paper or government securities to the amount of about twenty lakhs of rupees were forged and passed off as genuine on the public.”

The secret of the pioneering bank fraud was, incidentally, leaked by a notorious dacoit, Raghu, in course of his confession before inve­stigators. “But as fraud succeeds for a short while, the gig­antic scheme was soon discovered and the deli­nquent was tried, convicted and sentenced to transportation for life to one of the Penal Settlements of the East India Company where he lived for several years to rue the consequences of his iniquitous conduct.” The British did not spare Datta, but are we sure the same fate will befall his successors in this bank scam now?

Bose rightly concludes the story by stating that Datta’s “flagitious career commenced by blind devotion to his guardian deity, culminated in a gigantic forgery, and closed with transportation and infamy.” Stories of supernatural power of deities to bestow benediction of grotesque dim­ension on people in hours of grim emergencies owe to scheming priests who defraud and exploit unsuspecting numberless people. This has repeatedly been proved. The Modis, Choksis and the Mallyas have, on the contrary, discovered that instead of deities, the political strongmen are more effective in giving them much-needed relief if they paid the requisite price.

The Indian banking industry has suffered a tsunami engineered by the Nirav-Mehul pair. But the clever men knew that it was not a fictitious deity, but political supermen who were capable of providing them an escape route as and when in need. A brewery owner and airline operator frequented Tirupati and donated gold bricks and huge currencies to the Venka­teswara temple there. His empire of business crashed out, nonetheless.

The rich are corrupt and depraved. They plunder the country and get free passage that is arranged mostly by the government.

A fertile land of dishonest rich, India is also a country of honest poor. We have recently known that one per cent of the country’s population holds 73 per cent of its wealth. These rich people are ones who have also exploited the country’s wealth with financial institutions at their beck and call. And the governments routinely wrote off their bad debts in tens of thousands of crores of rupees. A few days ago, a leading wire agency in the country told us that India is more corrupt than China. But, yes, Transparency International has cheered the rulers by informing that Indians were “less corrupt than Pakistanis”.

The rich are not only corrupt; they are depr­aved also. To fleece the poor and the middle class, they suffer no qualms of conscience. They unhesitatingly plunder the government and typically get free passage, arranged—more often than not—by agencies of the same government. That is to fly out to safe havens in a salubrious hemisphere of the globe to live happily ever after beyond the reach of country’s long arm of law. To them, India is hell to live, heaven to loot. They are enemies of the nation. But the rulers do not slot them as anti-national and infidel. Rather they are found in warm embrace with these enemies of the nation.

India takes pride for moral values, ethical standards, cultural heritage, ancient civilisation and the likes. But the same holy land has also given birth to Hindu Nadir Shahs in Nirav and Mehul, who have plundered the nation’s very soul and plank. Shah, as an invader from Persia in the 1730s, captured Delhi. He also plundered priceless jewels, including Koh-i-­Noor and Darya-i-Noor, besides Peacock Throne from a weak Muhammad Shah.

Cut to our times, and India has rulers boasting to be powerful and brave. Yet Nirav and Mehul, exactly like Lalit Modi and Vijay Mallya, are beyond their reach for bringing them to justice. A few generations later, India may find all doors shut on her face for fear of such men. Their compatriots might spell disaster in their foreign shelter by their homegrown skills of loot and scoot there as well. The Ganga and the Yamuna of moral pollution will then flow across the globe from India and sweep them off their feet. Alas, what a day ahead!

(The writer is a retired IAS officer and former vice-chancellor of B.R. Ambedkar University, Muzaffarpur.)