Home  »  Magazine  »  International  » The road to Deoli »  Our Trampled Days

A contented life. Then, years of humiliation ringed by barbed wire. 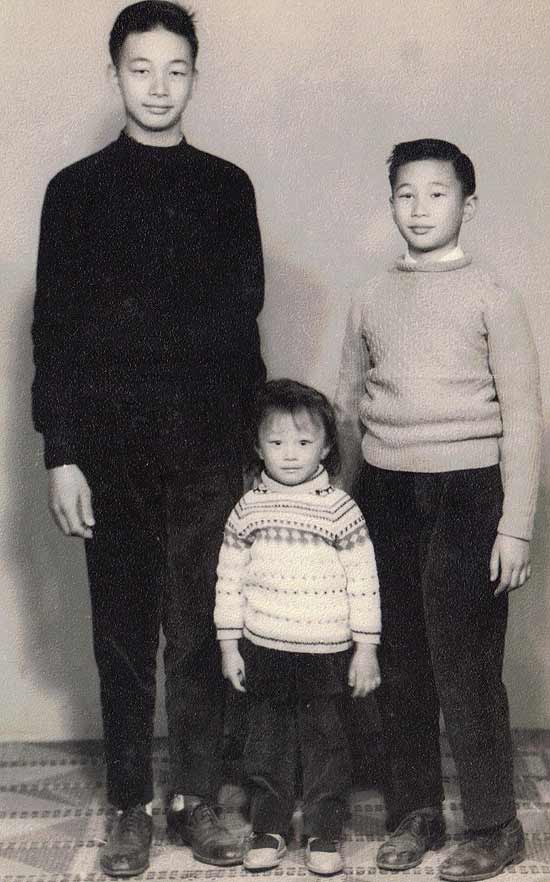 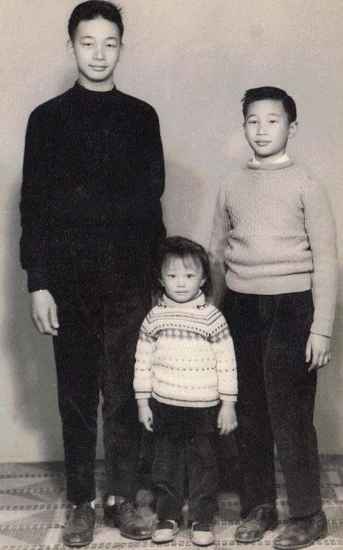 I didn’t know what Chinese New Year was like until I was 14. We had always celebrated
quietly at our home in Calcutta. Oranges, red purses, large red characters signifying good luck and fortune were about all I knew about the celebrations of the New Year.

Then my brother went to Tangra to join a lion dance troupe. Precocious, I went with him and stayed at his friend’s home. It was an all-night party. Firecrackers popped all night, the smell of gunpowder hung over the fetid air of Tangra. My host had food everywhere: on the big round table, end tables, at the altar. It was a season of excesses, many of which I learned at the expense of other events the rest of the year.

I had to ask my mother, Li Yue Hua. For as long as I could remember we didn’t celebrate the Chinese New Year. The raw excitement, the smell of incense and firecrackers, drums and gongs—why did we not celebrate the new year? She finally told me that year that my family was interned on New Year’s Day following the 1962 war with China, on January 25, 1963. I asked my mother to tell me about that day and the weeks leading up to it. This is what she said:

“The family had just finished prayers at the puja ghar. Since our family was so big, they worshipped your father’s great grandparents in a small building. Bowls of fruit, sweets, special New Year sesame brittle and fried bow-ties stood in front of the large portraits of your ancestors.

“It was different that year. We were there to offer our thanks to the gods, but everyone was nervous. Your grandparents, uncles and aunts were praying. It was the last time the whole family was together. The day before, on New Year’s Eve, your grandfather had given the workers’ families bags of food and gifts. We used to have a feast for all the workers who came to the house and played cards after. Now, the workers were all gone.

“I remember the day they left: November 18, 1962. All the Chinese workers in our factory were interned that morning. Since the carpenters did not speak English, your dad had to interpret their orders for them. They were to leave immediately and had time to pack a few belongings. Each man packed little. They were gone by noon. Their wives and children wept as they watched their husbands and fathers taken away. Your grandfather promised the workers we would look after their families for as long as we were there. 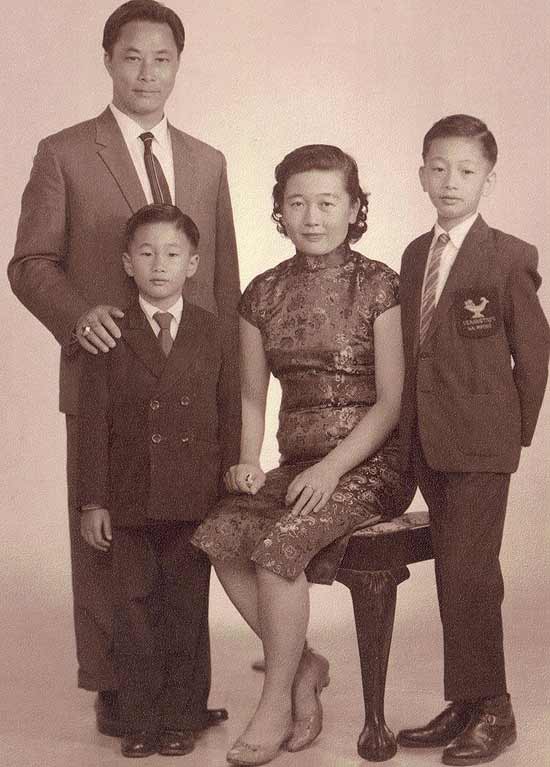 On being asked why we did not celebrate our new year, mother said my family was arrested on that day, on January 25, 1963.

“Soon after that day, we heard that Chinese passport holders in Darjeeling and Assam were being interned. Like our staff, only the Chinese men were taken, not their families. Your dad’s sister, her husband and the rest of her husband’s family were also interned in November. Your grandmother burst into tears when she heard the news. I read her a report from Amrita Bazaar Patrika, about how well the internees were treated. I’m not sure it comforted her, but she seemed a little happier.

“A few days later, the army came to collect our vehicles to use in the war. Our driver went with the car, too. We were told not to leave the compound. Without cars, there was nowhere we could go. Four guard posts were erected around the compound. Each had two men guarding and they were there 24 hours a day. Lal Bahadur, who had worked for us for years, went to shop for our groceries. When Lal Bahadur brought back the vegetables and meat the guards examined his bags.

“The army was billeted at the airport. Every day, the soldiers drilled and marched. Tanks and combat vehicles rolled past. Trucks and lorries drove on the main road which was just a few yards from our gate. From the verandah we watched nervously and told the children not to go near the gate. We lived in uncertainty and fear every day.

“It seemed we were going to have to go to Deoli so we all started packing. Each family member had a suitcase. Your grandfather checked his luggage every day. He was diabetic and 70 years old. Some days he found the suitcase too heavy and unpacked items. The next day he would find them necessary and pack it back into the suitcase. We all did similar things, sometimes laughing at the choices we made. It was strange what we chose to pack. A photograph, our wedding certificate, socks....

“We didn’t have much to do. The factory and sawmill were closed. Our staff, minus the Chinese carpenters who were already interned, was still living in the compound. Then we started culling the livestock. Every day we took a few ducks and chickens and prepared them for meals. Nothing tasted good anymore. Everyone ate like machines, but preparing the food gave us something to do.

“This went on for a month. We followed the newspapers, often afraid of what we would read. The Chinese army had stopped all incursions in December 1962 and had pulled back to their lines. We knew this because our driver and cars had come back from the border. The jeep had been used for transporting supplies and for medical evacuation. It looked like it had been in a war. A week before the New Year, our hopes lifted. Your grandmother got us started on making New Year sweets and cookies.

“On New Year’s Eve, your grandfather pointed to the packed suitcases lining the living room and said, ‘I don’t want to see the unlucky bags. The war is over. I don’t think anything is going to happen to us.’ So everyone unpacked their bags. We were all happy to do so.

“On New Year’s Day, we had finished prayers and just settled to play cards. We play cards every year to see how lucky the new year will be. I lost three games. Then I looked up and saw an army car approach the house driveway. Eight to ten soldiers or police got out and walked to the house with rifles drawn.

“An officer stepped into the house and identified himself. He read out two names: mine and your dad’s. ‘Step aside. You will come with us. You can collect your bags. Don’t take any jewellery. You can take Rs 500 for your family.’

“It was only our family. Even though I knew it was coming, it took me a while to realise they were taking us away. I saw your grandmother crying and your aunts, too. Grandmother packed us a big bag of New Year cookies....

“Since the army car had come with eight men, there was no space for us. We requested the officer to let us go in our car. Our driver Sundar, the same one who had gone to the border, drove us to Siliguri. It took a whole day to get to Siliguri. The cars made several stops. Your brother ate cookies and asked me why I was crying. We reached the jail at 7 pm. The warden met us. I told him we had not eaten. He offered, ‘Have some tea’.

“Siliguri jail had a criminal ward and barracks. I asked the warden to stay in the barracks. I wanted to be treated as a political prisoner, not a criminal. They separated the women and men. I had your brother with me as he was just eight. Your dad and older brother was in the men’s ward.

“The barracks were three-sided, wooden structures with tin roofs.  We stayed in Siliguri for a month. While we were there, 20 Tibetans came two weeks later. They had been captured while fleeing Tibet. I kept asking the warden when we would go to Deoli. Siliguri was no place to stay for children. Besides, your aunt and uncle were in Deoli. At least we knew someone there, even if it was an internment camp.

“The day finally came when we had a date we were leaving for Deoli. One of the officers I befriended told me to buy certain things that were very expensive in Rajasthan. A bucket. He also told me to buy food for the road. Marie biscuits. We were given a stipend of Rs 2.50 per day for the journey. Your brothers got half of that, Rs 1.25, since they were children. Half an egg each. The train left around noon. It took us three days to reach Rajasthan. We were in two carriages. There were several of us: the Tibetans, our family, and a Hakka jootawalla from Kalimpong and another Cantonese man from Assam who had joined us in Siliguri. It was so hot. I could eat only kakris. And I was soon sick of them. The journey was tense. Eight policemen from Siliguri escorted us. They warned us politely, ‘Don’t show your face at the door. Don’t get out of the train.’ We soon realised why. In some towns people threw cow dung at us.

“We finally arrived in a big station at Kota. An army truck had come to receive us. Each person was interviewed at the office before being driven to the camp. I was so relieved to have reached our destination.

“The camp was surrounded by a barbed wire fence. Four guard posts at corners, with additional posts in between, were manned all day and night. The barracks had been built during World War II to imprison Japanese POWs. The walls were thick, to keep out the blistering heat.

“We were sent to your aunt and uncle’s quarters. They had a small room, so we all slept in the courtyard. I remember the night was clear and cool. There was no dew and we slept soundly on our first night in Deoli.”

I was born in Deoli that year. My family stayed there for four years and was finally released in June 29, 1967.

Through A Pair Of Binocs, Darkly