Our Mary, Queen Of Blots

Any clean approach is sullied by a foul politics-business clinch 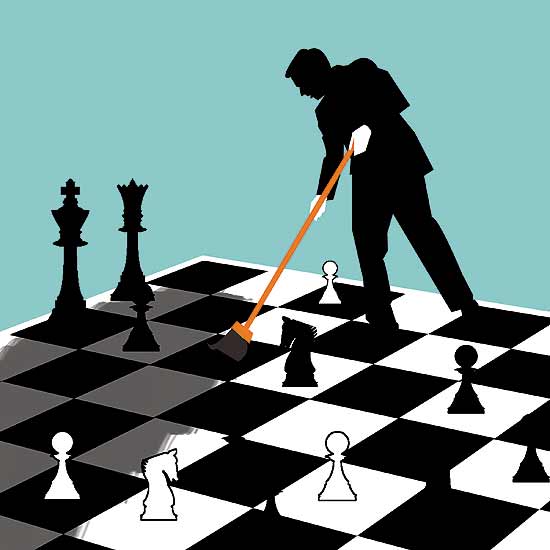 When Fernand Petiot claimed to have invented the ‘world’s most complex cocktail’ called the Bloody Mary, little could he have seen that, almost a century later, India’s complex government-business relations would, in comparison, make it look clearer than water. For a country that got democracy before full-blown capitalism and has got its own mocktail of State-directed markets, what are the implications going forward? The one rough thumb rule one can use is the reaction of business bodies and lobbies to the Union finance minister’s budget speech. One is yet to come across a single instance where corporates have had the guts to do a fair and valid critique of it! It doesn’t need a genius to comprehend the reason—almost every one of them has broken the law somewhere or the other and doesn’t want a tangle with the government.

The recent invitations by prominent associations to both perceived and potential candidates for top government posts needs to be viewed against a different lens. What makes the business-government concoction even more worrisome is the fact that many corporates, not all, say one thing before TV cameras and something opposite in government offices. For many corporates, one trusty implement is to pluck an advantage through a loophole in law or its implementation, which, moreover, they’d be allowed to use but not their competitors. Another ploy is to open up any protected domain for ‘greater competition’! No wonder, in India pro-market is often seen not as pro-competition but as pro-business; nay, pro-crony capitalism! Today the best corporates first decide what they want, no matter how illegal or quasi-legal. Then they systematically subvert the system, in cahoots with unscrupulous politicians and bureaucrats, often gifting themselves huge gains at the cost of an unprotected exchequer. Finally, they justify it all through well-documented tomes prepared by marquee consulting firms.