As the GSAT-19E satellite orbits 36,000 km away in space, one of its architects, K. Sivan, the director of Vikram Sarabhai Space Centre, talks about the exciting times. 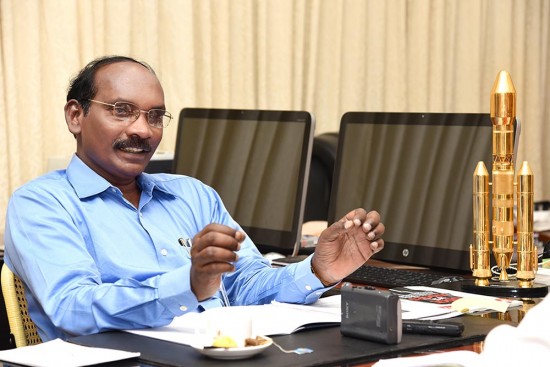 The times are exciting for the Indian Space Research Organisation, as it readies to launch satellites into the geostationary orbit using swifter and less complicated indigenous vehicles. With the recent launch of a geosynchronous satellite launch vehicle—GSLV Mark III—ISRO has mastered the cryogenic propulsion system. As the GSAT-19E satellite orbits 36,000 km away in space, one of its architects, K. Sivan, the director of Vikram Sarabhai Space Centre, Thiruvananthapuram, talks to Minu Ittyipe.

What is motivating ISRO to be world-class compared to other government organisations?