KBC enacts the winning formula of Slumdog to grab eyeballs 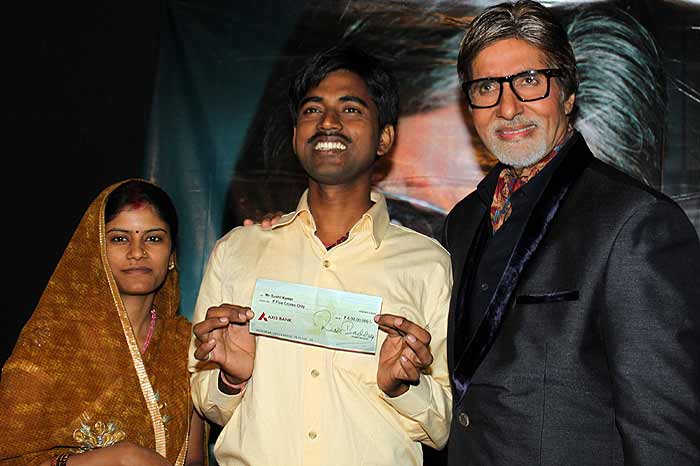 Art, it’s said, imitates life. Sometimes, the exact opposite happens. We watched a replay of Danny Boyle’s Slumdog Millionaire when computer operator Sushil Kumar, hailing from a little-known town called Motihari (East Champaran, Bihar), became the first person to win the five-crore rupees jackpot on the popular reality television show, Kaun Banega Crorepati (KBC). Incidentally, Motihari is the birthplace of acclaimed author George Orwell, though in modern times it has become more famous for extortions and kidnappings. No wonder Sushil Kumar didn’t appear too keen on taking his largesse back home in a hurry.

However, what’s even more intriguing than the blessed man’s dream story is the amazing run of the show itself. KBC is now 11 years old and is in its fifth season. And along the way, the show has jumped channels, switched hosts, upped the prize moolah and the producers have liberally tinkered with the format. While it has not been able to recreate the spectacular TVR (television viewer ratings) of 14 points from its first season (2000), the show continues to top the GEC (general entertainment channels) ratings chart, even at a figure hovering around a relatively modest 5 points. And 5 points isn’t bad at all, when you consider that the Indian mediascape has turned on its head in the last decade. In the year 2000, KBC was primarily competing with Ekta Kapoor’s family dramas. Today, it has to also jostle for mindspace with the dramatic news channels, Kindle, Apple apps, Facebook, Playstation, Twitter, Skype, etc.