Optimism Swirls As GDP Grows At 8.2%. Will It Hold?

The surge is a two-year high and gives the government the device to parade an economic rebound before general elections next year. But aside the drum beat of praise one may well ask if the economy is really recharged? 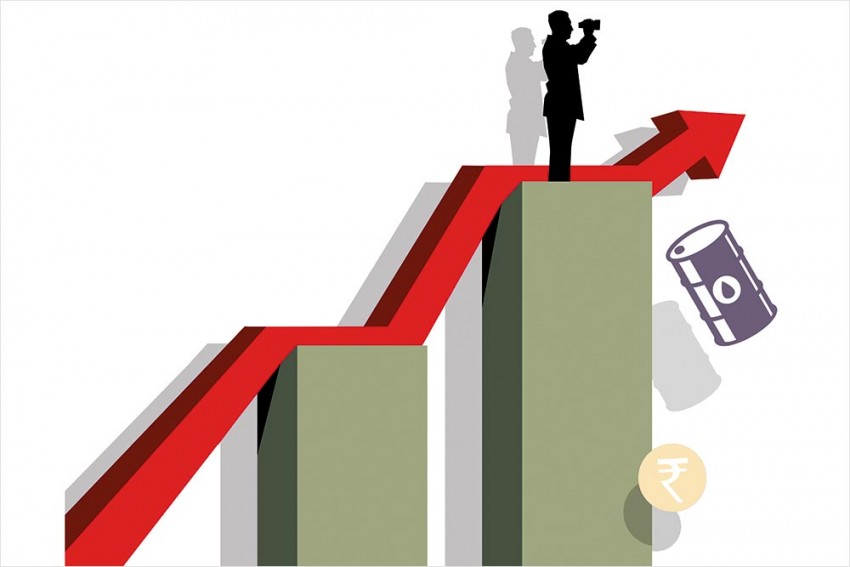 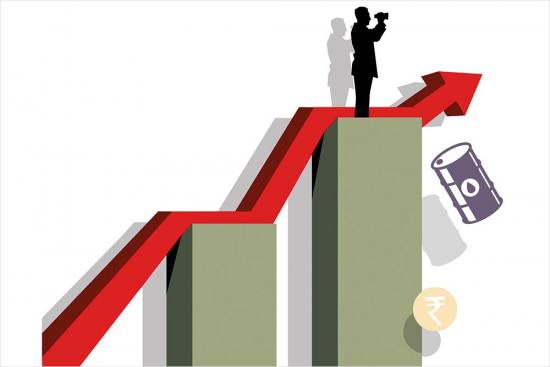 The Indian economy held out hope and inspired optimism with an 8.2 per cent growth in the first quarter, in the three months through June, despite headwinds such as spiraling crude oil prices that currently stand at over $78 a barrel and the rupee depreciating to 71.31 to a dollar as on September 4. The surge is a two-year high and gives the government the device to parade an economic rebound before general elections next year. But aside the drum beat of praise one may well ask if the economy is really recharged? Is the uncertainty of policy changes—demonetisation in 2016 and the goods and services tax (GST) the following year— a thing of the past?

The response is mixed, divided. At one end are experts, like Raghav Gaiha of the University of Pennsylvania, who believes it is “over-optimistic” to think the Indian economy is out of the woods and to assert a big turnaround is largely mistaken, if not illusory. “I remain highly sceptical of the official GDP growth trajectory that rests on a methodology that is not fully transparent and lacks credibility. Some of the fundamentals do not bear it out,” he says. Low private sector investment, tepid employment growth and a less than buoyant business sentiment for several months are, according to him, serious concerns.

And then there are those, like Shashanka Bhide, the director of Madras Institute of Development Studies, who is optimistic that the worst is over since the economy got time to adjust to demonetisation, GST and other reforms. He points out that the external sector is missing the engine of growth. “Whatever improvement we are seeing is due to internal factors,” he says.

Externally, India faces risks as the global economy is churning because of US President Donald Trump’s tariff war with China as well as sanctions on Iran and Russia, which will likely dampen international trade and capital flows. The consequence of Washington’s sanctions on Tehran could be India spending more to import Iranian oil. Besides, the global trade dispute could have a bearing on the rising current account deficit.

On the domestic front, a major concern shared by economists is over the fallout of an uneven monsoon on agriculture and the likely impact of a higher minimum support price (MSP) on inflation. This has been a delayed monsoon year, which always impacts agriculture output as the farmers are forced to grow a crop that may not be his first choice. The effect of this on kharif or monsoon crops will be reflected in the second and third quarter, says economist Yoginder K Alagh, who is also the chancellor of Central University of Gujarat. “At least kharif will flatten out, while rabi outcome will depend on the winter rain and irrigation reservoirs.”

Though the share of agriculture in the GDP has been shrinking, the farm sector is a major job provider and contributes significantly in swinging consumer sentiments in rural areas, where more than 60 per cent of the population lives. Alagh underlines that there will be problems in achieving the desired growth unless domestic investment rises.

Ranen Banerjee, partner, public finance and economy at PwC, too feels that the uneven monsoon may cause a “bump” in the agriculture sector growth. Overall, however, he is optimistic as the economy’s lead indicators are showing positive trends—an upswing in the sale of two-wheelers and cars, production in at least five core sectors, services, and exports. “However, we can’t be having the same growth in the next few quarters this year,” he says but hopes to see more benefits of GST.

In case of industry there has been a slight increase in the capital formation from a low base. The Nikkei India Manufacturing Purchasing Managers’ Index (PMI ) registered at 51.7 in August, shows latest data released by IHS Markit. The survey points to a modest improvement in manufacturing conditions compared to July (52.3), though at the slowest pace since May, reflecting slower gains in output and new orders. Some of the challenges, according to Banerjee, are corporate sector credit growth, which has not gone up, while the capacity utilisation by the industry is still to achieve the optimum. That means investment demand is not picking up in the corporate sector.

There is some recovery but that is not the full story. According to N.R. Bhanumurthy, professor at the National Institute of Public Finance and Policy, the market or the analysts didn’t expect high first-quarter numbers. “The high growth of 8.2 per cent comes from a low base (of 5.6 per cent) during the corresponding period last year, particularly in the manufacturing sector, which was negative but has now shown double-digit growth, a major factor that needs to be kept in mind,” he says.

Bhanumurthy advises caution given the downside from external risks as well as from the domestic environment. He says the uneven monsoon— excess rain in some rains, shortfall in others—will likely hit crop production and bog down the agriculture output.

The second thing, says the economist with the government-run NIPFP, is the worsening quality of public expenditure. While everybody is happy that the government is going to stick to the 3.3 per cent fiscal responsibility and budget management (FRBM) target, Bhanumurthy is worried about the “quality of expenditure as the adjustment seems to be largely on capital expenditure, while allowing the revenue expenditure to bulge”. Citing the gazette notification (part of the finance bill), he points out that the government seems to have done away with revenue deficit concept from April 1, at least at the central level. “Assuming that every expenditure will lead to expansionary outcome is an empirically flawed argument. This is a major constraint on the domestic side,” he says.

Given the impact of the RBI’s move to hike the interest rate twice, the spiraling price of global crude oil and the fall of the rupee—all of which are much higher than what the budget had assumed—Bhanumurthy does not hold any optimism of the economy growing at 7.3 per cent for the 2018-19 fiscal.

Ideally, he expects only 6.7 or 6.8 per cent growth for the year. Economists say unless the government sacrifices the FRBM target to boost public spending on infrastructure, the GDP growth for the whole year is unlikely to cross 7 per cent. With a general election to face in 2019, it is unlikely the government will opt to run up a fiscal deficit beyond what it has committed to, despite the boost it will give the economy.

A Pile That Basmati Couldn’t Jump Over