The reader is almost led to believe that the author was central to the fight against terrorism, which is wrong. 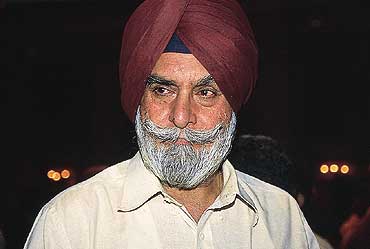 Terrorism in Punjab, argues the author, was not fundamentalist in its ideology and character but the outcome of state inaction. He’s critical of the Congress for supposedly encouraging the Bhindranwale phenomenon and for adopting a communal line in Punjab during the early ’80s. He feels that if terrorism was finally eliminated, it was primarily because it had run its course and lost popular support.

A substantial part of the book brings out the devious role played by Delhi in first allowing the rise of Bhindranwale to weaken the Akalis, then failing to take any action against him and his armed groups during the Darbara Singh government. Even after President’s Rule was imposed in September 1983, the situation was allowed to deteriorate so that Operation Blue Star became necessary in June 1984. Mrs Gandhi’s assassination and the subsequent anti-Sikh riots added fuel to the fire. Rajiv Gandhi tried to settle the problem through the Punjab Accord but this was also sabotaged by vested interests within the Congress. The dismissal of the S.S. Barnala government in May 1987, the holding of the Sarbat Khalsa on January 26, 1986, the installation of J.S. Rode as the jathedar of the Akal Takht are all alleged to be machinations of the home ministry and its intelligence agencies. Singh is also critical of the decision to postpone assembly polls in May-June, 1991. The withdrawal of the army is another step he considers retrograde.