The ICC must ditch ‘exclusive’ tag, start mentoring the ‘associates’ 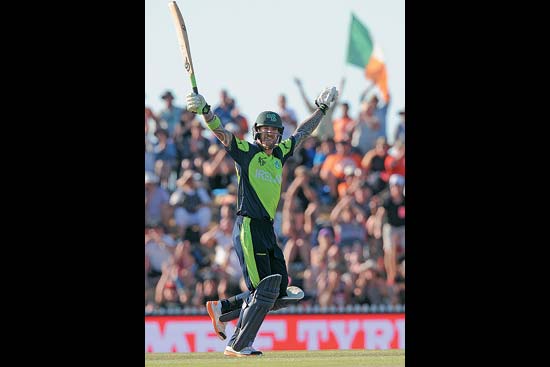 After beating the West Indies in the World Cup, Ireland captain William Porterfield said, “I don’t see why any team has to be an ‘associate’ member....” Cricket’s caste system is not doing the sport any good. The full-member club is so exclusive that in the 139 years since the first Test was played, only eight new members have been admitted to it. The International Cricket Council’s motto might well be: ‘We are Exclusive—and hope to remain that way.’ Temporary one-day international status is granted to six others. But as teams lack competition and are generally ignored by the Top Ten, they tend to drop out.

The ICC’s 106 countries are divided into full, associate and affiliate memb­ers. FIFA, football’s governing body, established in the same decade as the ICC, has 103 members more. “You don’t see any other sport cutting teams in their top competitions,” said Porterfield, referring to the 2019 World Cup which will have just 10 teams, as compared to this year’s 14. “You’re taking away opp­ortunities for a lot of nations to get to World Cups and develop the sport in their country through publicity and eve­rything, so it is frustrating.” The cho­ice is between doing what is good for the game and what is good for the wallets of the triumvirate (India, Aus­tralia and England) which effectively runs it. Television, which brings in the money, is happy with exclusivity; it means endless matches involving the Big Three and the Small Four (Pakistan, South Africa, New Zealand, Sri Lanka), with a bit left over for the Bottom Three (West Indies, Zimbabwe, Bangladesh).

But even fanatical Indian audiences can have too much of a good thing. In the period when they were pushing for the No. 1 Test spot, India’s strategy inc­­lu­ded playing Sri Lanka at regular (and irregular) intervals. By the third series, fans were asking questions. Even an Indo-Pak encounter, beloved of TV and marketing, can pale. The law of diminishing marginal utility applies equally to sport.

Ireland beat England in the last WC, but have played them just twice since. Irish bats this time even have more ODI hundreds.

Globalising the sport, getting more people and countries to play it, ensuring a proper system in the less glamorous teams are not as important to the ICC as mopping up the last dollar in television rights and advertisement. The tension between spreading the game and satisfying television has seen some remarkably skewed results in recent years.

Bangladesh, the last entrant into the Test club, are yet to play a series in India, although they made their debut in 2000. In the four years since beating England in a WC match in Bangalore, Ireland have played them just twice. Ireland’s batsmen at this World Cup have 16 ODI centuries, one more than England’s do. West Indian great Michael Holding says they are ready for Test cricket.

The problem with exclusivity is that the exclusive like it that way. It is like someone getting into an elite club and then spending his energies ensuring his neighbour doesn’t. But there is a solution, a way to reconcile what the glam­our boys want and the associates need. A system of mentoring that football clubs follow. In sport as in life, the str­ong must help the weak. Afghanistan, for example, who, like Pakistan, have no ‘home’ matches, use the UAE as ‘home’ ground. India must mentor Bangladesh, Afghanistan and UAE. England can help Ireland and Scotland (although Ireland might protest!). This could ens­ure that these teams do not drop out of ODIs like Kenya—who once beat the Windies in a World Cup—have done. A  system where the top eight teams each mentor 2-3 others might sound like a pipe dream but sport is about dreams, rem­ember? This could mean regular mat­ches between ‘A’ teams of the mentor and the others’ national sides, invitati­ons for domestic tourneys and more.

Perhaps the leading players from the associates could be invited for the IPL too. It has to be mandated, of course; franchises are not in the business of ensuring the greater glory of the game. Those within are not doing enough for those outside the charmed circle. And in the long run that can only harm the sport and upset the ICC’s stated motto: a bigger, better, global game.