If the last decade transformed the car industry, the next may give it a global edge 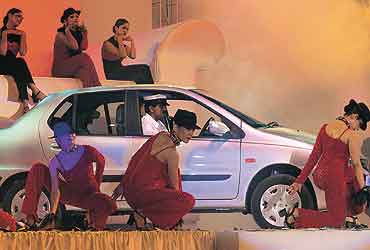 outlookindia.com
-0001-11-30T00:00:00+0553
If you bought a new compact car in India a decade ago, chances are it would have polluted more than double of what a new car does today. You were likely to encounter, on average, at least five quality problems in your new vehicle; now it would be fewer than two.

You may have had to enroll yourself in a 'wait list' before being eligible for your beauty-on-four-wheels, quite apart from the present time when dealer call centres and salesmen cajole, almost badger, you to buy. Post-sale maintenance then would have meant spending a day at the workshop, often competing to catch the attention of the works manager. Now, your vehicle service schedules are tracked at the workshop, vehicles picked up, serviced and dropped home with little fuss.

The car industry has come a long way since 1995. The domestic car market, at 9 lakh units, is three times what it was when Outlook first hit the stands. Although global players were trickling in by the mid-1990s, their number has doubled since.

There were probably a dozen car models to choose from then, there are now thrice as many, straddling the spectrum from Maruti 800 to Maybach. Interest cost has halved, and with longer loan tenures, it's possible to get a car now for the same EMI as you paid for a two-wheeler a decade ago.

If there is one example where competition and opening up have benefited industry, economy and the consumer, it is the Indian passenger car sector.

Yet, the more things have changed, the more they retain the flavours of the past. Even with a plethora of new premium models, compact hatchbacks account for 80 per cent of the market. The car consumer, right up to the owner of the lavish SUV, remains concerned about fuel efficiency and cost of ownership issues. At a time when customer choice and competition determine pricing and investment in the economy, petrol prices continue to be kept artificially high.

Despite the strides of the past decade, I wish we had moved faster. Our car penetration remains one of the world's lowest: 7 cars per 1,000 people. Six years ago, China made as many cars as us. Last year, they made close to three times our number. While our car and auto-components industry have flirted with export markets, a full-fledged global presence has eluded us.

The past decade has seen Maruti change from a dominant, some say arrogant, giant to a customer-sensitive, efficient outfit. It's been a roller-coaster ride: at our peak in '95, plunging into the red by 2000 and then recovering to retain leadership.

With major global players entering India, and Maruti hobbled by the legacy of its past, it was never going to be easy. We were almost written off. I believe Maruti could pull it off because we evolved our mindset from incremental improvements, which we had achieved up to 1995, to focusing on quantum leaps and global benchmarks.

This was evident in productivity, for instance. Compared to the mid-1990s, Maruti can now make over two-and-a-half times the number of cars, with fewer employees. In quality, we switched from inhouse indices to global parameters of measurement. Our service network, even then a source of pride, was put through a gruelling revamp, paving the way for Maruti to be rated first in customer satisfaction for five years in a row.

The other shift was from a manufacturing-led approach to a customer focus. In the earlier paradigm, we would never have had the urge to address the total mobility needs of the customer. Nor, therefore, would businesses like finance, insurance, pre-owned cars, accessories and extended warranty service have figured on our radar.

Maruti represents what Indian manufacturing has gone through in the past decade of reform and competition. Perhaps, we were luckier than most.Suzuki's strength in small car technology and robust manufacturing systems supported us. Our partners stretched themselves. Most importantly, our people rose to the occasion, demonstrating that Indian managers, engineers and technicians, were as capable as any in responding to a challenge.

In the decade ahead, I see big opportunity. Some 20 million Indians have bought two-wheelers in the past five years; some of them should buy cars in the next five. NCAER estimates there are 40 million households with an annual income between Rs 90,000 and Rs 2 lakh. Only 4 per cent own a car. A few thousand rupees more in these wallets could unleash a demand explosion.

If that happens, the Indian car industry would attain the critical scale it currently requires to become globally competitive in cost and quality. That would clear the way for India to become the small car manufacturing hub for the world, with attendant benefits for the Indian auto component industry.

The promised Rs 1 lakh-car from Tata, while redefining the domestic industry, just might spearhead the car industry's effort to secure a substantive role in the global market.

Growth will also come as car owners upgrade faster and two-car families mushroom. Industry will have to rapidly introduce new models. This will spawn new practices: consolidation of production platforms, closer collaboration between suppliers and manufacturers and global sourcing of components. 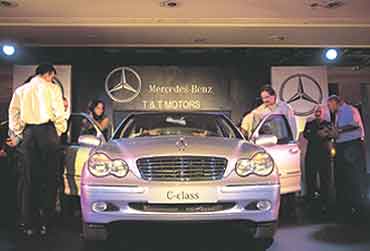 It's in customer service, however, where the paradigm will change. Car-makers and dealers will innovate and invest in building relationships with customers. This may not be confined to meeting car needs, or even to a wish on birthdays. Like in Japan, a dealer may even offer to arrange to take an elderly customer to the doctor!

I suspect growth in cars will lead to concerns over environment. While the automobile industry would foster economic and employment growth, it would have to counter criticism for its impact on energy, environment and the quality of life. More and more individuals would want the joy of mobility, but society would not be willing to pay such a high price for it.

Safety will become a more compelling issue. Although there are initiatives now like the driving schools being set up by Maruti, there will have to be broad-based industry-government initiatives, as in safety and emission, to prevent the problem of unsafe roads from going out of control.

Maruti, as the acknowledged 'proxy' for India and Indian manufacturing, will have to evolve in its role. It has to prepare for a younger, more knowledgeable, widely traveled and a more assertive India. The singular attribute of this new India is that it aspires to a global presence and stature, while drawing sustenance from its traditional values.

I believe Maruti has to anticipate the demands and preferences of this new generation. It has to deliver international quality design and styling, while retaining traditional attributes of low cost of ownership and value for money. Clearly, Maruti's task is cut out.

But if the past is any indication, my company will seek out the challenges and the new role with plenty of relish.

(Jagdish Khattar is the managing director of Maruti Udyog)

A Suitable Pair Of Genes