The Modi campaign is a copycatting of US right-wing tactics 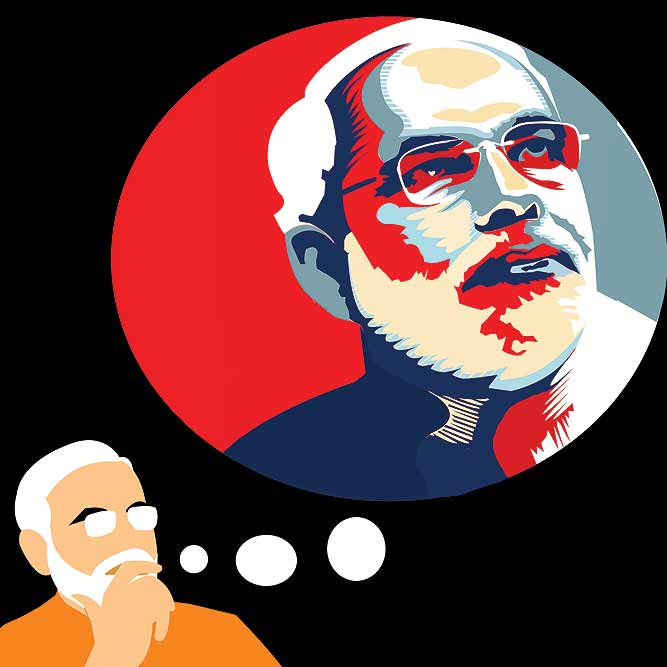 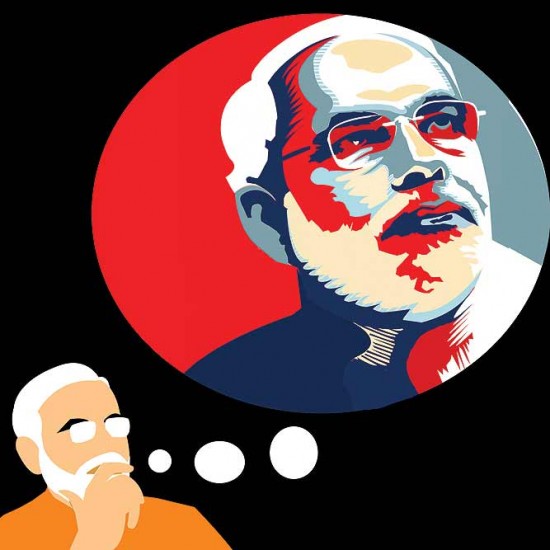 The April 8, 2014, Delhi edition of Indian Express pretty much said it all. Below the newspaper’s masthead ran a BJP ad strip across eight columns, black on saffron, with Narendra Modi’s mugshot and the catchline: Time for Change, Time for Modi. Below the ad was an eight-column headline: ‘BJP’s Manifesto is for, by and of Modi’.

This juxtaposition, entirely inadvertent, deliciously captu­res the drift, spirit and thrust of the BJP’s 2014 Lok Sabha campaign, a most personalised sales pitch, a brilliantly aud­acious strategy to presidentialise a parliamentary national election. Perhaps only once before, in 1971, was the country subjected to such a spect­acle of one political leader and her persona­lity overshadowing conventional calculati­ons and considerations, reducing the whole exercise to a referendum on Indira Gandhi and her presumed (un)suitability to continue as the prime minister of India. The consequences of that vote turned out to be injurious to the health of democratic India.

Now we have Modi and his prime ministerial ambitions tantalising the saffron party and its Nagpur patrons with a spot of power at the Centre. This Modification of the BJP’s campaign—to the exclusion of the party and leaders and ideas and ideology—has been in the making for a while. Perceptive observers had noted and warned against the creeping personality cult. But the Modi Mob had the resources and the ruthlessness to effect a hostile takeover of the party. Now the Modification is cast in stone. The outline of this political metamorphosis is also reasonably clear.

The Modi campaign is unabashedly unoriginal in its copycatting of the American right-wing’s tactics. The Great Indian Corporate Greed has greased the wheels of the Modi juggernaut. The rear has been brought up by the NRIs in North America, once the brave professionals, now miserably maroo­ned in their suburban middle-class prosperity, waiting for years for a mascot onto whom they could transfix all their insecurities and fears and aspirations. So the great Deshbhakt is doubly reinforced by the absentee patriotic Indian. And it may be just a coincidence that a very influential section of the Washington establishment was and is determined to see the back of the UPA regime. A deadly mix. A potent mix.

Taking a leaf out of American political right-wing tactics, Modi redefined the sense of propriety. Low cunning became high politics; coarseness was hawked as refinement. So, first, the old guard within the party was forced to experience the joys of a vicious shakedown; the Advanis and the Joshis had never before been subjected to such brutal tactics and did not know what hit them. And now the Congress and its leadership are made to smell the stench of cultivated ugliness.

But since, as they say in Hindi, jo jeeta wahi sikander, all that remains now is to deconstruct the phenomenon of President Modi. There is nothing complex or ambiguous about Narendra Modi: an obsessive personality, dangerously in love with his own voice, joyfully in thrall with his own low rhetoric, and entirely at ease in his limited worldview. It is worth understanding what is behind this compulsive presidentialisation of the 2014 campaign.

Before he was allowed to parachute into the chief ministerial chair in 2001, Modi did not have any experience whatsoever of democratic hurly-burly, a necessary conditioning that helps a politico polish off the rough edges of personality. Till 2001, he was a dutiful product of the RSS factory, comfor­table in the Sangh’s ritualised hierarchy of domination-submission. His association with the BJP in Gujarat again was in a supervisory role. Modi is a total stranger to that elusive yet very healthy democratic spirit of give and take, win and lose.

Now, to make the situation somewhat uneasily complicated, he has been the chief minister of a prosperous state for more than 12 years. As it is, a CM in the Indian context is a seriously powerful functionary, with few restraints on exercise of legitimate authority as equally no inhibition in pursuit of illegitimate power. Modi has demonstrably combi­ned the qualities of diligence, single-mindedness and hard work with an untroubled willingness to wield the knuckleduster against anyone who may be so ill-advised as to cross his path.

So behind a ‘President Modi’ is a definite political personality, unaccustomed to exercising authority within the four walls of the institutional structure of checks and balances.

A BJP victory will consecrate Modi and his infirmities. After this campaign, Modi advisors and admirers will be perfectly entitled to believe and argue that every single BJP candidate who has made it to the Lok Sabha was personally indebted to him. Consequences, mostly unhappy, will follow.

The West: A New Scepticism