One Man Is A University

As this book shows, a heroic life is not without occasional flaws and intense loneliness 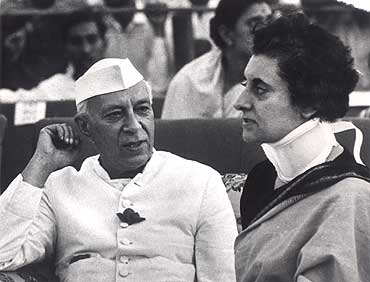 Nehru: A Contemporary's Estimate
By Walter Crocker
Random House Pages: 215; Rs. 250
I have read many books on Nehru but none has left such a deep impression on me as Walter Crocker’s biography. It should never have been out of print but was for some time and has just been rescued with a foreword by Ramachandra Guha which it is difficult for any reviewer to match up to.

The strength of Walter Crocker’s comparatively brief biography is his sympathy for Nehru. He was Australian high commissioner in Delhi for two periods (between 1952-55 and 1958-1962) and became fascinated by Nehru. He writes: "Mostly I admired him; occasionally he was disappointing; always he was fascinating." As those words indicate, Crocker was deeply sympathetic but he was not a blind admirer of his subject. When he criticised Nehru, as he did for instance over Goa and China, he held no punches. In the introduction, Guha points out that Crocker’s criticisms were so trenchant that they aroused considerable but by no means universal anger in India. At times, Crocker did seem to justify the reviewer in the Hindustan Times who dismissed his book as a "blimpish appraisal". He was certainly too kind on the British Raj and naive to suggest it should have lasted longer.

Crocker was harsh on many of Nehru’s policies. He criticised both Nehru’s Five-Year Plans and his land reforms and, in his final analysis, he maintained that when he died the people of India were "as a whole not better fed or clad, or housed, and more corruptly governed" than they had been when the British left. Crocker believed Nehru should have created a group of younger politicians to take over from him but "there are not many men who have been so little corrupted by power as Nehru". Crocker identified Nehru’s motive for staying in power as the knowledge that without it he could neither develop India in the way he believed it ought to be developed or eradicate the social practices he regarded as evil.

Even when he was critical of Nehru, Crocker took pains to understand the reasons for Nehru’s actions, describing his lot as "a permanent dilemma". The dilemmas included the need to connive at corruption to maintain the Congress in power because he was dependent on the party for his power. In internal policy Nehru felt obliged to retain imprisonment without trial although he had fiercely criticised that under the British Raj. In foreign policy he opposed any alliances or commitments to other countries but he had to accept that foreign aid would be needed for his economic plans.

Crocker saw Nehru as a ruler with great talents but an unwillingness to be ruthless when that was necessary. But then he argued that was in part due to Nehru being repelled by anything which savoured of dictatorship. As an almost inevitable corollary there was in Nehru, according to Crocker, a tendency to see both sides of any question. That would normally be seen as a laudable quality but can certainly lead to indecisiveness. More controversially, Crocker also believed the way Nehru ruled was influenced by the Brahmin in him. This, he believed, made Nehru more of a teacher than a ruler.

Crocker was at his most moving when he portrayed Nehru as a man who, in spite of the affection he commanded from the crowds wherever he went, was lonely and lacked companions with whom he could unburden himself. He was misled, Crocker wrote, into thinking he was in contact with the people of India whereas in fact he was "alone on a high bleak peak, largely unsheltered against the ceaseless winds of self-seeking sycophancy. And tale-bearing". Krishna Menon did come to occupy a special place in Nehru’s life but there was no personal intimacy between the two men according to Crocker. It was not a relationship of equals. Crocker doubted whether Nehru was even able to confide fully in Indira Gandhi.

With his honest intention to create the India he believed in, his hatred of dictatorship, his rejection of authoritarianism, his ability to see both sides of the question, his fine features too, Nehru was a hero to Crocker. But he was a tragic hero who felt obliged to compromise his high-minded principles and came to realise that he was not fulfilling his dream for India. Although there are many of Crocker’s judgements I wouldn’t agree with, after reading his biography I have come to see Nehru as a tragic hero, and I too have great sympathy for that hero.

Scenes From A Weary Nation's Path To Golgotha