Once Upon A Midnight

Will B’wood’s version of the Jessica Lall case spur further debates on our society? 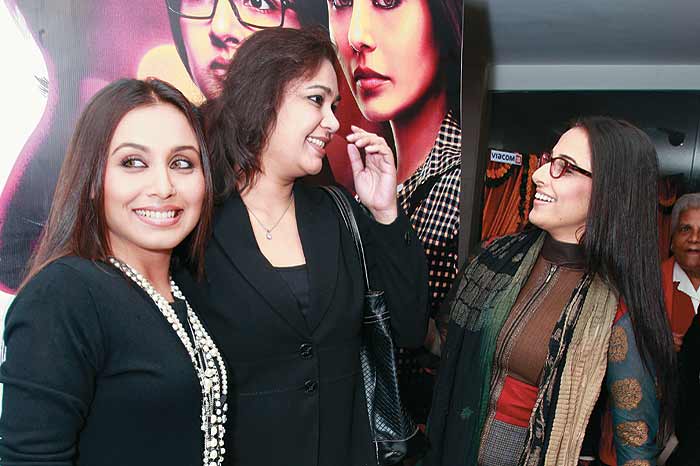 Filmmaker Raj Kumar Gupta’s No One Killed Jessica, based on the infamous Jessica Lall murder case, kicks off with ‘special thanks’ to her elder sister Sabrina Lall, who fought tooth and nail for almost a decade to get Jessica’s killer, Manu Sharma, behind bars. At a special screening of the film in the capital, this note of thanks played out on screen to the sound of deafening applause for her from the audience. At the end, however, it was Sabrina who was clapping away and cheering the most; in approval of the film.

“Watching No One Killed Jessica, seeing situations and conversations from my life getting repeated on screen, was an extremely emotional experience,” she says. So, Vidya Balan, who plays Sabrina, may not be quite as tall as her, may not have met nor spoken to her before the screening, but Sabrina feels she managed to capture her personality, feelings, thoughts and dilemmas very well. “I was concerned that the film should portray me, Jessica and my family in a correct light; and it has,” she says. Then there are other little connections that seemed to have reached out to her. “Myra, who plays Jessica, has a smile quite like my sister’s. The house they’ve shown on screen reminded me of my own Safdarjung home,” Sabrina remembers.

For Gupta, the screening for Sabrina was the most significant trial—one that had him literally chewing away his nails in the dark theatre. “I was most anxious to know her reaction,” he says. Gupta, and producers UTV, had approached her with the idea of No One Killed Jessica in 2008 and spent weeks with her while researching the film. “I wanted to get a grasp of her emotional journey. We had seen her as a public persona, not in her personal space,” says Gupta. They then gave her the final script for approval before starting on the shoot. “I’m glad they’ve stuck to the script word-for-word,” says Sabrina. 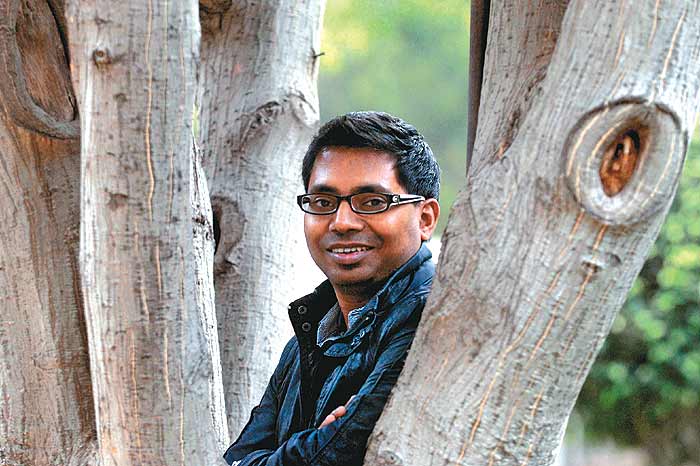 “It’s an interpretation of the event, not an investigation. I’m not judging or naming names,” says Gupta. (Photograph by Tribhuvan Tiwari)

Gupta himself would have had no clue in 1999, the year Jessica was shot dead by Manu Sharma, son of Haryana minister Venod Sharma, at Delhi’s tony Tamarind Court bar, that he would one day make a film on the incident, the travesty of justice and the fight for fairness that followed thereafter. Ironically, it was the same year that Gupta moved to Mumbai in search of a foothold in films. Initially he wasn’t excited about making the film. “Everyone was aware of the incident, it had been well written about,” he says. Even after three months of research he couldn’t decide. “It was only after I had written 10 pages of the script that I began to see a film emerge,” he says. He wrote the script in seven months and it went through 15 drafts. “I wanted a balanced approach, was aware that I was handling a sensitive subject,” he says.

Gupta sticks to the real incidents and characters in NOKJ but tells it like a thriller (see review). “It’s not an investigation but an interpretation of the event,” he says. So he changes some names—Manu becomes Manish, the on-screen Vikram is real-life Shayan Munshi on whose statement the fir was registered and who later disowned his statement. “I’m not naming names or judging people. It’s a collective representation of a set of people and their dilemmas. There is nothing black or white, everything is grey,” he says. But the parallels and connects are obvious, at times souped up. Bina Ramani, socialite owner of the Tamarind Court (called Kinos in the film), where the murder happened, becomes Mallika Sehgal with almost a caricature-like confusion, largeness and drama about her. “I don’t necessarily resemble her on screen but the reaction to the incident is hers,” says Bubbles Sabharwal who plays Bina (expectedly absent at the Sabrina screening). Incidentally, Sabharwal herself was at Tamarind Court that night but left early, much before the killing.

All the key elements—the buying of witnesses, witnesses turning hostile, conniving cops, botched investigation, tampering of evidence, the show of political power and clout, the farcical court proceedings and even Manu’s thanksgiving trip to Vaishno Devi—are there in the film. Gupta also weaves in an issue like Witness Protection Programme that was raised in the aftermath of the case. He shows the middle-class outrage, fanned by the candle-light activism and vigilantism of Rang De Basanti, the spontaneous public uproar, sms protests and petitions to the president. Even the title of the film is actually a Times of India headline used in the wake of the shocking acquittal of the accused by the lower courts in 2006.
NOKJ has brought alive the most significant chapter of Sabrina’s life. Does it also bring closure to the sorrow and tragedy she went through? Sabrina thinks the closure happened for her when they eventually got justice in 2009 and Manu was sentenced to life imprisonment. She thinks the film goes beyond their personal tragedy to send out a positive, universal message of “an eternal quest for justice”. “Our case found resonance in several other such cases of denial of justice, like the Priyadarshini Mattoo case and the Nitish Katara case and now the way the Aarushi case is getting botched. It hasn’t been just our fight but spearheaded a larger movement questioning corruption, nepotism and basic failures in our systems,” says Sabrina.

The case struck a huge chord with the nation back then. But the mood seems to have changed now—from anger and protest to that of a cynical resignation. Every other day, a scam is unearthed, the watchdog media has become the new villain in many Bollywood narratives and in reality too. So will the film that injects a dose of idealism still be able to reach out? “It’s a responsible film that puts its hand on the pulse of the problem. It tells you that someone is watching you even if you don’t pay heed to your conscience. It speaks to the heart of the common man,” says Sabharwal. As a filmmaker, Gupta prefers focusing on “the 10 good things about India than the 1,000 bad”. And one of it is the democratic spirit. “There can never be any indoctrination. For every point of view there’ll always be another. There’s always scope for debate,” he says. And he hopes NOKJ will start many.