Some DU colleges have mulled autonomy 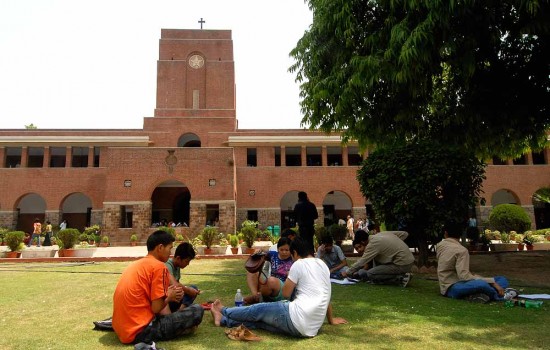 To be autonomous or not, that is the question foisted upon three premier colleges of Delhi University—Lady Shri Ram College for Women, St Stephen’s College and the Shri Ram College of Commerce. It was some time in December 2012 that the website of Lady Shri Ram College declared it was an autonomous college. The declaration took everyone by surprise till it was clarified that LSR, as it is popularly known, was still under the federal structure of the Delhi University and that there were no plans to secede—that is. Yet, the debate, which appears to have been initiated at the behest of the Union ministry of human resources development, has caught on.

Quite clearly, while autonomy is desirable, it comes with a price which, as of now, the three colleges are not prepared to pay. Teachers Outlook spoke to said it was better to be part of a federation than be at the mercy of the management, which would dictate fees and appoint teachers. Says Pankaj Jha, a lecturer at LSR, “The three colleges are well reputed, and autonomy is a misnomer. It’s usually the management which becomes autonomous.” This view is shared by Nandita Narain, lecturer at St Stephens, who says this amounts to a government attempt to fragment the university and should be resisted.