On The Half-Tones Of Truth

C.G. Somiah’s memoirs, in both form and content, reflect his famed qualities: uprightness and modesty 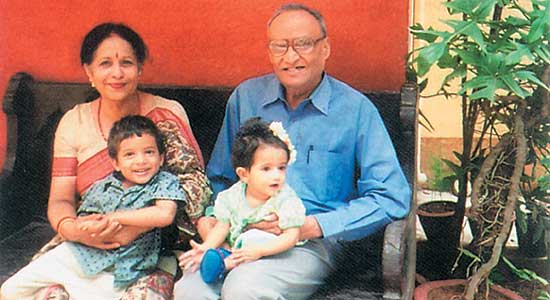 It is perhaps an acknowledgement of whatever fairness is left in the system that C.G. Somiah managed to make it to the top echelons of the Indian Administrative Services without ever swerving from his values and convictions. Born in 1931, Somiah joined the IAS in 1953, beginning in Orissa and ending up in Delhi. It was from his father, a forest officer to whom he was deeply attached, that he internalised the value of honesty. Later, he forged a similar companionship with his wife, Indira, whose counsel he seeks in tricky work situations.

But one wishes he was more introspective on some of the situations he describes. His struggle against the politician-contractor nexus on tendu leaves, for instance, which he won to a limited extent, is now a more serious problem in Orissa, stained with the blood of Maoist and state violence.

There are other passages that break through these self-imposed boundaries. Returning from Koraput, after the inauguration of a chromium factory, he reflects: “On the way back we passed by the Sunabeda where once a virgin forest stood!.... Instead of the twinkling lights of the new township, my eyes could only see the ancient forest that once occupied this land with majestic trees. This is the forest that I had once helped to uproot to make way for the township.” This ambivalence of the administrator, bereft of a universally accepted vision of development, still lingers. On the other hand, his spare style ensures that there is no sensationalising of the many exciting matters of state that could certainly have turned the book into a bestseller.

Union home secretaries always live in interesting times. Somiah’s tenure seems to have been especially so, given the demands of a young prime minister in a hurry, the delicate relationship between the then home minister Buta Singh and his deputy Arun Nehru, negotiating the mistrust between the President and the PM to avoid a constitutional disaster, the successful conduct of Operation Black Thunder and fashioning the Mizo and Gorkhaland accords. Somiah describes these from his vantage point, always careful to narrate only the facts.

What stands out is his innate decency in these difficult situations. After Operation Black Thunder and the successful flushing out of terrorists from the Golden Temple in Amritsar, and when his suggestion to Buta Singh and Governor Siddhartha Shankar Ray about him visiting the Golden Temple and paying his respects is overlooked, he makes the trip with his wife, which assuaged much of the perceived hurt. As home secretary, Somiah was once caught by a Delhi constable for jumping a traffic light while returning from a dinner outing with his family. He paid the fine and got away without disclosing his identity. What is not lost on the reader is that they dined at a very modest restaurant and that the Union home secretary was driving his personal Maruti.

Somiah emerges as a deeply spiritual person, proud of his Kodava heritage.  There is no pretended conflict of interest when he, as part of the home ministry, rejects the suggestion to ban the Kodava right to possess guns—he compares it with the right of the Sikhs to hold kirpans. Of course, he also wryly notes that the first time his community chose to honour him was when he had the word ‘general’ suffixed to his name as Comptroller and Auditor General of India!

Somiah is genuinely proud of his contributions even if he recounts them in a manner that would warm the hearts of accountants. On the Shah Bano case, he acknowledges that it is the flip-flop between a decision that was right in secular India and the subsequent backtracking that led to the situation spiralling out of control.

This is an unpretentious book, without any name-dropping on matters of high state policy to suggest the author was the backroom guy who made it possible. Similarly, no pontificating on governance, the staple of many boring civil service memoirs. Instead, just as he diligently worked to excel in tennis in school and later in bridge, Somiah seems to have gone about reaching the top of his profession with his fair share of tribulations, which he takes in his stride.

“C.G. Somiah...stands by what he has written and takes full responsibility for it,” says the publisher’s note. It’s a good summation of Somiah’s approach to work and life—showing the courage to stand for what one believes in.

(R. Gopalakrishnan is additional secretary to the Prime Minister)