On The Board In Testing Times 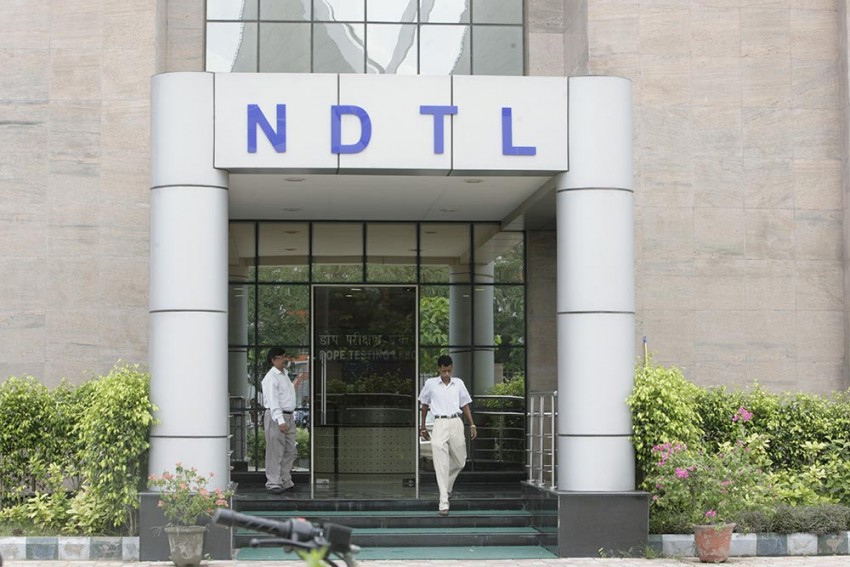 The government-run NDTL, where cricketers’ samples are tested
Photograph by Getty Images
Qaiser Mohammad Ali January 18, 2018 00:00 IST On The Board In Testing Times 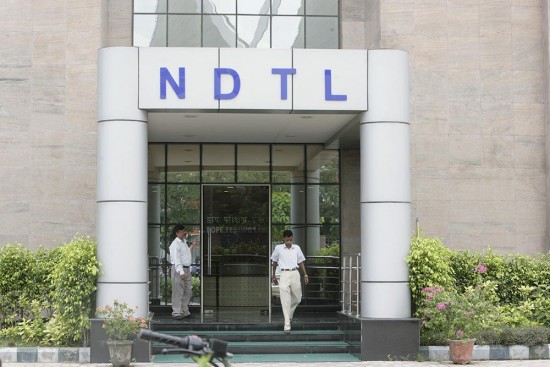 The scourge on doping has once again cast its murky shadow on world sport in the recent past. In the aftermath of the massive doping scandals in Russia and Kenya, the World Anti-Doping Agency (WADA) is tightening its rules for doping violations by athletes, even as the International Olympic Council (IOC) has barred Russia from the Winter Olympic Games, to be held in Pyeongchang, South Korea, this February.

Charges against Russia are particularly grave. It is alleged that the state ‘sponsored’ a doping programme that ran from 2011 to 2015, and that hundreds of its athletes took advantage of the ‘official patronage’. Since 2002, the IOC has stripped over 50 Russians of their Olympic medals for doping violations.

Now, the proposed changes in the WADA rules, which the world body has not disclosed, may affect cricket as well, particularly the way the Board of Control for Cricket in India (BCCI) gets dope tests done on its players. On being asked by WADA, the Union sports ministry has told the BCCI to let the National Anti-Doping Agency (NADA) personnel collect cricketers’ samples for testing. BCCI has been using a Sweden-based agency, International Doping Tests & Man­age­ment (ITDM), for collecting samples.

The BCCI has refused to change its process, saying that it doesn’t fall under NADA’s jurisdiction, as it is not a National Sports Federation (NSF), and that it is “only required to operate within the anti-doping rules and regulations set by the International Cricket Council (ICC)”, which is a signatory to the WADA Code. All national cricket Boards implement the ICC Code, which is based on the WADA Code.

The sports ministry has now sent the BCCI reply to WADA, and has asked for guidance. “WADA wrote to the Indian sports minister, asking him to bring the Indian cricketers under NADA and do the testing etc. We asked the BCCI to cooperate with us and said that we would make a joint programme for testing cricketers, in-competition and out-of-competition,” says Rahul Bhat­nagar, Union sports secretary and NADA vice-chairman.

The ministry has told the BCCI that if it doesn’t cooperate “NADA may run the risk of becoming non-compliant with the WADA Code”, while its cooperation would help it become fully compliant. “The BCCI, as usual, never replied to our letters [for some time]. We then said we would forcefully take the samples and that we would see when they try to stop us. We have now asked WADA to let us know the correct position and accordingly we will take action,” says Bhatnagar. WADA says that under the terms of the World Anti-Doping Code, NADA India has the testing authority over athletes who are nationals, residents, lice­nce-holders or members of sport organisations in India or are present in India. “The BCCI has prevented NADA India from conducting testing on athletes from the sport of cricket, and WADA is in the process of addressing this issue with the relevant anti-doping organisations within its Compliance Monitoring Pro­g­ram,” a WADA spokesperson tells Outlook.

However, WADA’s position is a bit str­a­nge, as the BCCI has been ICC Code-com­­pliant since 2011, so it’s impossible that the world anti-doping body wasn’t aware of it. Now, WADA, quite significa­ntly, says BCCI has “prevented” NADA from testing, adding to the puzzle. On the other hand, ICC looks like adopting a wait-and-watch policy in this tussle between the sports ministry and the BCCI. “We [have] maintained that this is a domestic matter of the BCCI and, as such, the ICC will be unable to comment on this,” it says.

Team India cricketers were tested for the first time at the 2003 World Cup. Later, the BCCI established an anti-­doping department, with Oly­m­­pian Dr Vece Paes heading it, and adopted the ICC Code in 2011. Now, the BCCI has its own anti-doping education programme and players are tested during the dom­estic tournaments and IPL. Only two Indians—Delhi pacer Pradeep Sangwan and Baroda batsman Yusuf Pat­­han—are among a global list of 22 cricketers who have tested positive so far.

There are two agencies that are hired by the ICC and BCCI—ITDM and Australia-based Sports Drug Testing International (SDTI)—for their education and sampling programmes, and both entities are recognised by WADA. So, that is not an issue. Photograph by Getty Images
Some say the government is trying to control the BCCI by this insistence. WADA might also be keen to tighten its rules.

Then why, wonders Doctor Ashok Ahuja, who has been part of BCCI’s anti-doping programme and is associated with ITDM, is the ministry insisting that BCCI involve NADA. “It is not that the BCCI alone gets the sampling done from these agencies (ITDM and SDTI), or it is not that these agencies are running for BCCI alone. A whole lot of international sports federations also carry out their programmes through these agencies. So, what are NADA’s objections to BCCI roping in these agencies?” he asks.

In the absence of a detailed explanation from WADA—it says it’s “addressing the issue in collaboration with the relevant parties”—a few reasons for the imb­roglio are being cited by experts. One is that the government wants to ‘control’ the BCCI, which in turn says that it is independent, as it doesn’t take any financial assistance from the government, unlike other federations.

The other reason could be that WADA is keen to tighten its rules after the Russian doping scandal. “After the doping scandal in Russia, Kenya and some other countries that led to 500-600 athletes being banned from the 2016 Rio Olympic Games, WADA was at its wit’s end as to how to handle this situation. In Russia and Kenya, officials were also involved in the scandal. So, to ensure that officials are not involved in what is called ‘state-sponsored doping’, WADA may be insisting that the national anti-­doping agencies should handle the testing programme,” says a BCCI source.

P.S.M. Chandran, who works as a doping control officer for the BCCI and is also NADA’s independent observer and a resource person for its anti-doping education programme, says the BCCI is fol­l­­owing the correct procedure. He ref­rains from commenting on whether government wants to control cricket, but he points out the deficiencies in NADA. “There are shortcomings in it, no doubt about that. It is ill-equipped, its office works in a temporary way—it is trying to get office space for years and is currently sharing a crammed place with other government departments in Pragati Vihar Hostel in Delhi—it is under-­staffed and doesn’t have many doctors. Ever­y­thing is not perfect with NADA,” Dr Cha­ndran tells Outlook. Comparing the standards of NADA and ITDM, a source pointed out another shortcoming in the government owned agency. While NADA pays around Rs 1,000 to a sample collecting official for a day’s work, ITDM pays Rs 6,000. Also, all ITDM officials are medical graduates, while that’s not the case with NADA.

Whatever may be the final result of this curious tussle with WADA at its centre, the BCCI says it is already working with the government in a way, since it uses its National Doping Testing Laboratory (NDTL) for testing players’ samples, coll­ected by IDTM. “IDTM sends the colle­c­ted samples for testing to a WADA-­­­­accredited laboratory, viz. NDTL. Since the CEO of NDTL is the Union secretary (sports), Department of Sports, Ministry of Youth Affairs & Sports, the dope test-ing for the BCCI is conducted under the aegis of the Department of Sports,” says BCCI CEO Rahul Johri in a letter sent to Rahul Bhatnagar. Johri also points out that since 2013 the BCCI has “consistently reported the highest number of sample testing in the world amongst all cricket Boards”.

Nevertheless, the prickly issue has to be resolved soon, before the IPL begins in April. Right now, neither the BCCI or the sports ministry is ready to budge an inch. The tug of war as to who will conduct dop­­ing tests on cricketers is at its tautest.

The Boom Box With More Bulk