On Paper It Is Writ

From history's beginning, globalisation has had winners and losers 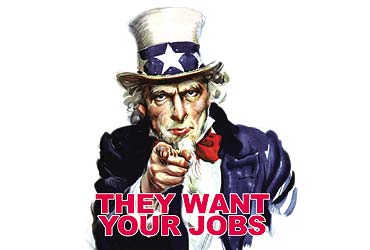 outlookindia.com
-0001-11-30T00:00:00+0553
Globalisation, once seen as westernisation on steroids, has been turned on its head: as Asian economies rise, global integration brings fear of a decline in living standards in the West. While the corporations riding on the transportation and technology boom rake in profits, the income of a majority of Americans has stagnated. In the anxiety over job security—resulting from offshoring of factories and outsourcing of services—globalisation has become a spectre haunting the American middle class. Arguments offered by economists that free trade and greater engagement with the world has brought prosperity to the US—to the tune of a trillion dollars per year—do not impress the average citizen, as the benefits have gone mainly to corporations and the financial and technology elite. A very small number of the 140 million American jobs have been outsourced, but it's largely affected white-collar US workers with a bigger clout in the media and political system. The rise of China and India that globalisation has facilitated has added to their fears.

Of course, the anxiety gripping US workers is a replay of countless such episodes in the millennial-long drama of globalisation. The word globalisation is of recent origin but the process of growing interconnectedness built on trade, travel, cultural diffusion and conquests harks back to the beginning of history. Its results are felt more swiftly than ever. Thanks to cheap and fast shipping, and fibre-optic transmission of data products, jobs move at a quicker pace. But the fundamental reasons why jobs vanish are as old as human history: someone's found a better, cheaper way of doing the same work.

For over three thousand years, generations of workers in Egypt's Nile Valley made a decent living by supplying the world's only popular writing medium, papyrus. Then came a Chinese innovation which turned waste—rags and tree bark—into paper, which was cheaper and sturdier than papyrus. By the 9th century, when Caliph Haroun-al-Rashid ordered that henceforth official documents should be written on paper (and not flimsy papyrus or expensive parchment), the Egyptian industry's fate was sealed.

Indians too had enjoyed a millennia-long monopoly in manufacturing cotton textiles, another major export commodity. From Roman times until the Industrial Revolution, Indian cotton calicos ruled the world. Europeans brought thousands of tons of silver from the New World to pay for cotton. The French banned import of Indian textile and in the 18th century British workers protested against Indian imports, "attacking all females whom they could find wearing Indian calicoes or linens, and sousing them with ink, aqua fortis, and other fluids". Those happy monopoly days ended when Europeans, unwilling to run up trade deficits and part with their increasingly rare silver, set up import-substituting industries, developing in the process labour-saving machines that heralded the Industrial Revolution. For the first time in its history, India became a net importer of cotton with the result that tens of thousands of Indian weavers lost their livelihoods. As William Bentinck, governor-general of India, wrote in a confidential report in 1835, "The misery (of the weavers) hardly finds a parallel in the history of commerce. The bones of the cotton-weavers are bleaching the plains of India." After half a century of innovations, India rose again as a leading textile exporter.

If the 'discovery' of the monsoon wind by traders brought an increasing number of buyers for Indian spices and textiles, a new monsoon wind in the shape of fibre-optic cables opened the pathway for exporting Indian brainware and services. The collapsing cost of transportation and communication has also enabled US corporations to cut costs by offshoring production to China and outsourcing backoffice functions, say, to India. While offshoring of production has forced thousands of blue-collar jobs to switch to other lower-paid jobs without too much protest, outsourcing of a much smaller number of white-collar jobs abroad has produced a disproportionately stronger reaction. In fact, the word outsourcing has replaced 'globalisation' as a fearful term for an influential US middle class. Not surprisingly, outsourcing will be a hot button issue in the 2008 presidential campaign.

Unlike Indian weavers in the nineteenth century who suffered silently, out of sight of the world, those affected by globalisation today can lobby their parliamentary representatives and go on television. A globalised media has become a dandy tool to denounce globalisation. The time when winners could ignore losers in the globalisation process is gone forever.

Harry Potter And The Order Of The Phoenix