On A Board: No Permit To Rebels

The BCCI is stamping out unauthorised T20 leagues through harsh diktats. At stake is its mastery over Indian cricket. 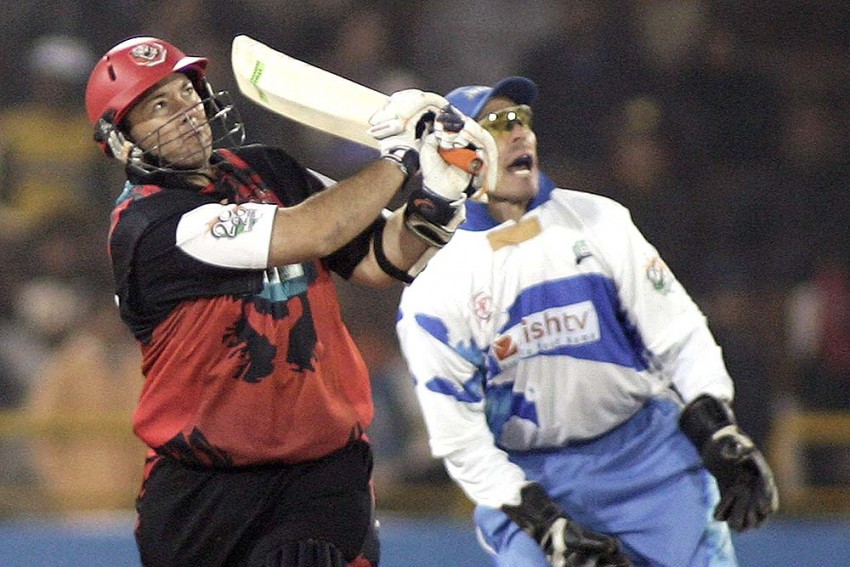 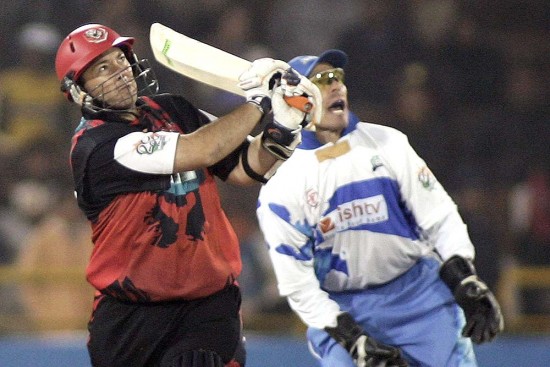 At exactly 12.45 pm on April 3, 2007, a letter from Zee TV owner Subhash Chandra lands in the fax machine of then BCCI president Sharad Pawar. A couple of hours later, Chandra announces plans for the ambitious Indian Cricket League (ICL) in New Delhi—a step that forced the BCCI, which was aware of the impending ‘unauthorised’ league, to wake up from deep slumber and act.

In the three-page letter, Chandra reminded Pawar that he had ‘cautioned’ him over the phone on March 18, 2007, about a cricket “initiative that Essel Group was planning”. “This [ICL] I see as an inevitable necessity in the present context of the game in India and of the changes and the modifications needed in its contents and models from the search for new talent to innovative playing methods,” Chandra said. “Thus, I am conceiving the ICL as a transparent and innovative laboratory, off the establishment-managed cricket field, for the game and its promotion and remodelling.”

ICL was the first major unauthorised—that is, unapproved by the Board, the top body that makes cricketing decisions in India—tournament that challenged the BCCI’s authority, though it shut shop after only two seasons, with several players and officials remaining unpaid. Shaken, the BCCI—or more precisely, then BCCI vice-president Lalit Modi—renewed the push for his pending proposal with the Board for an inter-city 50-over league. But after ICL, Modi changed the format to 20 overs an innings and convinced Pawar to give him a Rs 200-crore ‘loan’ to start the IPL in 2008. The rest is history. 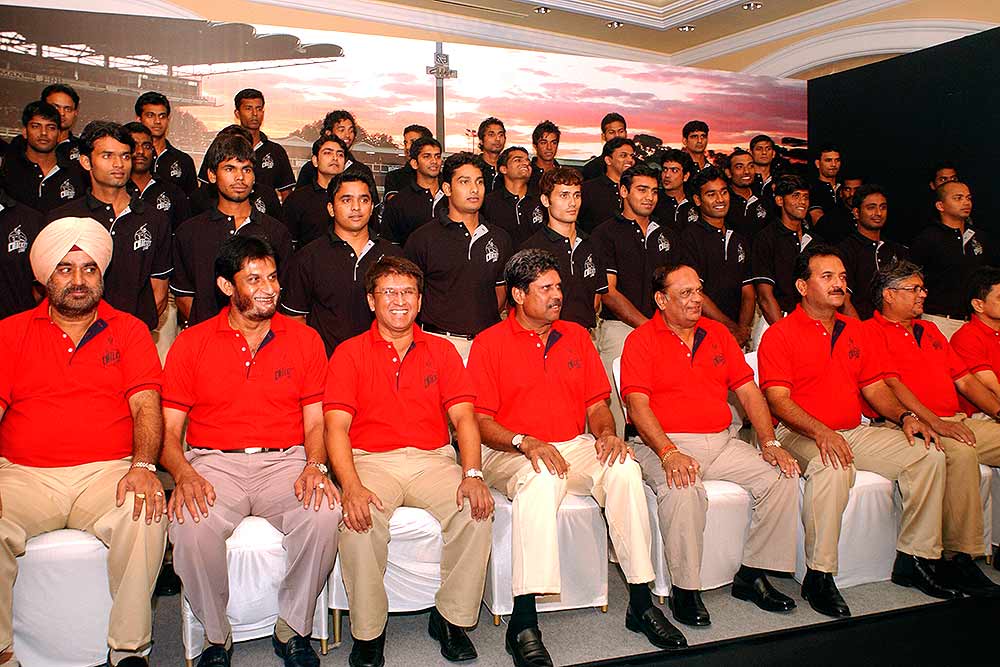 Kapil Dev, Kiran More and Sandip Patil were among the ICL’s board

Once the IPL became an unqualified success, the stock of T20 as a sure-shot formula to mint money sky-rocketed. Soon, leagues sprouted across the country. While its bank balance increased manifold, with the IPL bringing in unprecedented sponsorship money, the BCCI found that it had a fresh pro­blem to tackle—unauthorised T20 tournaments, and often organised by dubious entities.

A large chunk of these tournaments are being organised in north India, with names shadowing the IPL. Also, some current cricketers who play BCCI-organised cricket have stated promot-ing such tournaments. This has compelled the BCCI to issue a strong sta­tement recently, warning players reg-istered with it or its state associations to keep away from these “unapproved tournaments”. 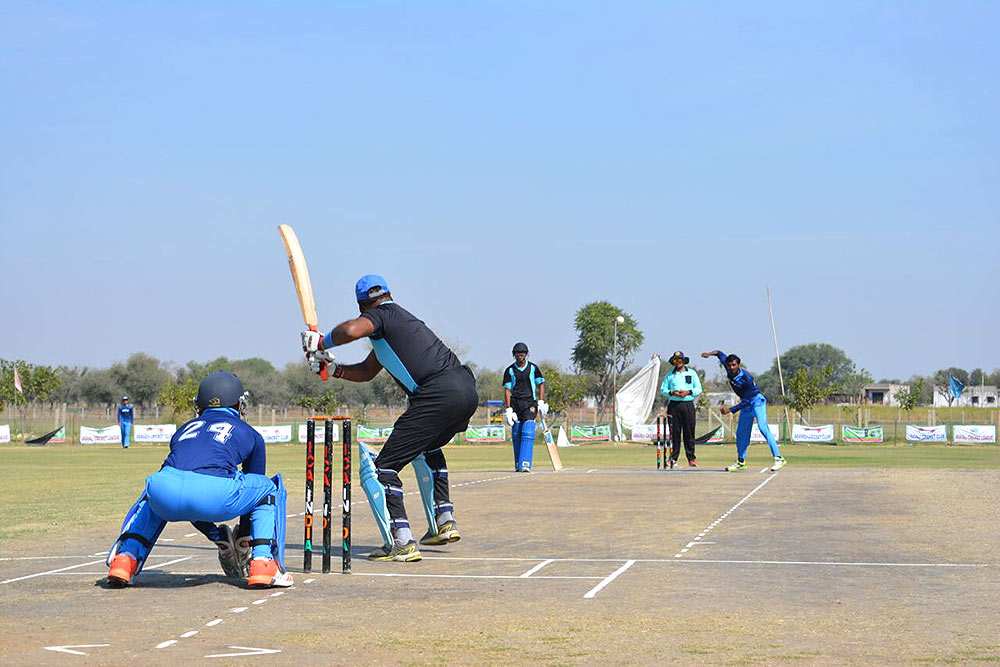 A match in the ITCF T20 Federation Cup 2017 in progress

The Board also informed the state associations and players and the public that Gautam Gambhir, Paras Dogra and Rishi Dhawan have tendered a written undertaking to it that they have disassociated themselves from the ‘unauthorised’ Indian Junior Premier League (IJPL). It’s a different matter that over three weeks after the BCCI’s disclosure, the IJPL website continues to portray Gambhir as its ‘Talent Hunt Brand Ambassador’, and current Himachal Pradesh players Dogra and Dhawan as its ‘mentors’.

On its website, JPL Sports Man­agement Pvt Ltd says it has tied-up with the Gautam Gambhir Cricket Fou­ndation to “further the cause for welfare of underprivileged children....” The IJPL, rather audaciously, says it will continue to provide a platform to ‘und­erprivileged’ under-19 youths. The first edition took place in Dubai in Septem-ber, with Dilip Vengsarkar distribut-ing the prizes. The preparation for the second IJPL season is on, despite the BCCI warning.

Earlier, during the summer, the BCCI cautioned all its affiliated state associations through multiple letters to bar registered players from unauthorised tournaments. The Board’s step was act­uated by news reports that many junior and even Ranji Trophy players were going to play in various leagues in Haryana, Uttar Pradesh and Bihar, among other states.

Crucially, the BCCI has also taken cognisance of the alleged betting and match-fixing that took place in some of these leagues. “I am sure you have come across news articles about gross irre­gularities and alleged betting and match-fixing in the Rajputana Cricket League where several people, including some cricketers, were arrested by the Rajasthan police,” BCCI acting secretary Amitabh Choudhary wrote to state associations in July, while referring to the Haryana Champions Trophy T20, slated for August. All unauthorised T20 leagues like the IJPL claim to give a platform to underprivileged talent. Some have roped in prominent players too.

Haryana Champions Trophy T20, Rajputana Cricket League, Central Premier League in Bihar, Indian Junior Players League, Lucknow Premier League, Rajwada Cricket League in Kota, Indian Grameen Cricket League in Uttar Pradesh and the Haryana Premier League are only some of the tournaments not authorised by the Board. All of them claim that their aim is to give a platform to underprivileged and rural youths. The most high-profile event was the North India Champions League T20 (NICL), which was played in June-July at Greater Noida’s Shaheed Vijay Singh Pathik Sports Complex, which the ICC had approved as an international venue in December.

Two days after NICL started, on June 25, the BCCI secretary categorically informed all its state associations through a letter that the league was not sanctioned/approved by the Board, and that registered players should not be given no-objection certificates to appear in it.

Interestingly, a top Uttar Pradesh cabinet minister in the Yogi Adityanath government apparently secured the venue and endorsed the tournament, organised by a Gurgaon-based firm. In a June 22 letter to the secretary of the Uttar Pradesh Cricket Association (UPCA), the minister requested the UPCA secretary to ‘allot’ the stadium to the Gurgaon firm. At the colourful inaugural function, dignitaries included the IG of Police (Meerut Range) along with many  politicians, as pompom-waving cheergirls added to the lustre. However, after the BCCI warning, many Ranji Trophy and junior players who were set to play quickly withdrew.

As a consequence of the stadium hosting an ‘unapproved tournament’, rep­­ortedly with the UPCA’s backing, the BCCI did not allot any domestic match for the current season at the venue. It had hosted the Duleep Trophy under floodlights last season. “BCCI will take note of anyth-ing unauthorised. If X, Y, Z league is going on and in which no BCCI-registe-red or state-registered players are play-ing, the Board has nothing to do with them. It’s not that BCCI goes from village to village looking for unauthorised leagues. But any player registered with the BCCI cannot participate in a league, authorised or not, if he doesn’t have the app-­r­o­val. Simple as that,” Ami­t­abh Choudhary tells Outlook.

More brazenly, some private entities have attempted to copy the BCCI logo, besides league names res­embling IPL. For example, the logo of the unrecognised Cricket Council of India—whose acronym is the same as BCCI member Cricket Club of India—closely resembles that of the BCCI. To secure its trademarks—IPL, Cha­m­pions League T20 and BCCI—the Board has for some years engaged a Mumbai-based law firm specialising in protecting intellectual property rig­hts. So, for instance, if a tournament with a name remotely res­embling ‘IPL’ is being registered anywhere in the world, it will promptly be spotted by the firm, which has tied up with foreign entities for monitoring purposes. “Suppose a league is named Football International Players League (FIPL), we would challenge that, as the acronym ‘IPL’ falls within its name. So long a league falls under the sports category, directly or indirectly, and if the letters ‘IPL’ are part of it, we would challenge it if they try to register that as an international trademark. Two-three leagues with some resemblance to the IPL start virtually every month somewhere,” said a source.

Although registered players have heeded the BCCI’s repeated warnings, some defiant organisers are still looking to tie-up with star cricketers to promote their events. A source informs that one party is planning to organise an India XI versus World XI match or matches in Bahrain, in March, to promote for which they are looking for well-known cricketers.

The most serious allegation against some unauthorised leagues is that they are a platform to turn black money into white. At least one Delhi-based person, who was approached by one such league, said that he declined due to its dubious source of funding. “I had agr­eed to be part of this league in an off-the-field capacity, but when a friend advised me that funds for the tournament could be dubious, I promptly withdrew,” he tells Outlook.

Amid widespread clutter, the only non-BCCI organisation that has been organising T20 tournaments without being questioned by the BCCI or the ICC is the Indian Twenty20 Cricket Federation (ITCF-India). Its strength comes from being registered with multiple government/official bodies. ITCF is a society registered under the Societies Regi­str­ation Act, with its trademark registered with the Union Ministry of Commerce and Industry’s Policy Trade­mark Registry under intellectual property rig­hts. The body is also affiliated with the Nehru Yuva Kendra, Min­istry of Youth Affairs and Sports, the Inter­nat­ional Twe­nty20 Cricket Fede­ra­tion (US) and the Asian Twenty20 Cricket Fede­ration. It has state-level units in 28 Indian states. “I registered ITCF in 2001, seven years before the BCCI started IPL. Today, I have 43 trademarks registered. We basically cater to poor players from villages who don’t have any platform to showcase their cricketing skill. ITCF provides them that crucial opportunity,” says ITCF founder and secre­tary-­general, Piyush Rana.

“We organise 12 tournaments annually, including rural and corporate competitions and a gramin (rural) league. We ask every BCCI/state-registered player to get a NOC if he wants to play ITCF tournaments. Initially, the BCCI tried to pressure us to shut down, but we are properly registered and have our own mechanism in consonance with the Indian Constitution,” says Rana. On the other hand, the BCCI is still not part of a national sports federation, nor does it want that status, claiming it is self-­financed. This means the BCCI remains in complete control of cricket in India. But many of the smaller leagues are snapping at its heels now and if more mainstream players, whose stint with the BCCI may be over, give them credibility, the Board’s vice-like grip on the sport may be challenged.