Calcutta, for the world, was Mother Teresa’s cradle 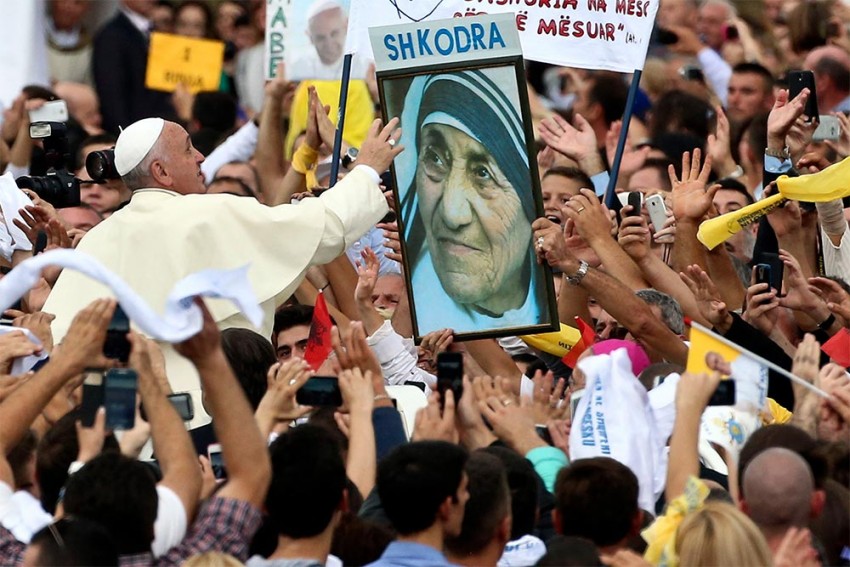 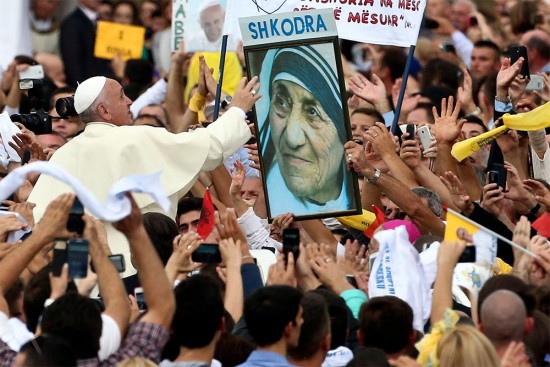 In 1971, my father, poet Narendra Dev, passed away, leaving behind a detailed  to-do list for me, beginning with how to rent a hearse to carry him to the  newly opened electric crematorium, how not to not to arr­ange a kangali bhojan (feeding the poor) but to give the money to Mother Teresa. That was my introduction to Mother Teresa, whom I knew as a European nun taking care of orphans and the homeless and dying in Calcutta. We followed Baba’s wishes.

Next time I met Mother Teresa, in Mother House, with my elder daughter Antara, who was 15 and wished to serve the destitute in Nirmal Hriday. Mother was happy, but was strictly against a 15-­­year-­­old serving those bre­athing their last. As Nirmal Hri­day was not a positive atm­­osphere for a child to be in, she strongly objected to it and invited Antara to join  her in looking after the homeless kids, to come and play with the children whenever she had time.

Once I was in Bellaaggio, Italy, on Lake Como, as a visiting wri­ter. We used to take small private boats and sail down to the little villages on the lake, to enjoy the spring flowers, the lovely cottages and the beautiful hilly roads. Once we visited a little gift store in a tiny, lakeside village. As I selected my souvenirs, I noticed a picture of Mother Teresa on the cover of an Italian book. I  blurted out, “Look, look, there is a friend from my city!” My American friend Valery and the shopkeeper loo­­ked around; there was no one else. I pointed  to Mother Teresa and said, “She is from my city.” There was a magical change in the atmosphere. “U from Kalkutta? U see Mother Teresa?” The shopkeeper and his wife refused to take any money for the small souvenirs they had packed for me and treated us both to coffee.

I had a similar experience in Colorado, in the Rocky Mountains, when I went with a group to visit an old nun­­nery. The moment the nuns knew I was from Cal­cutta and had met Mother Teresa, I became a centre of attention. All the nuns surrounded me and wanted me to speak about Mother. It has been great to witness the overwhelming love she has earned all over the world.

The daughter of one of my American friends was going through a lot of trouble—she had bulimia, then it turned to anorexia, she became  exceedingly skinny and wanted to come to India to practise spiritualism. In those days, India was a place for smoking marijuana and what not, along with doing yoga in order to find your ‘inner self’. Her parents could not stop her, she was an adult with a passport. So she arrived, looking for an ashram. I took her to Mother Teresa. Practising humanism was the best spiritual practice, I thought—a constructive religious therapy. She went, talked with her and stayed on, working with her. She turned out to be a calm, warm, balanced person as time passed, and finally went back to college in the US.

Mother Teresa is going to rec­eive sainthood next month in Vat­­ican City. We are all excited in India; this is a new experience for us. We are a country of saints from every religion, but St. Xavier is the only Christian saint I know, whom we have here with us in India. We are waiting to witness the auspicious  ceremony in Vatican City.

But I wonder whether that ceremony, where she will be one among several to be sainted, will surpass the grandeur and excitement with which India bade her goodbye in Calcutta. We had a Left Front government then, but the fabulous farewell she received from her beloved city and adopted country still amazes me. It was a loving farewell for a caring mother of all homeless children. The whole city was focused on this single event all day long; all traffic was stopped to let the enormous procession pass through the heart of the city,   and TV had aerial coverage following the procession. We have all heard about the unruly crowd at Rabindranath Tagore’s funeral procession in 1941. When it came to Mother Teresa, the Communist government of Bengal forgot its attitude to religion, and remembered only that which rises above religion and politics.

Sacredness Is A Place