Two dozen priests test positive at Jagannath. And the portals close to the devotees. The idea is to ensure the rath yatra—the ‘juggernaut’—goes off smoothly a fortnight from now. 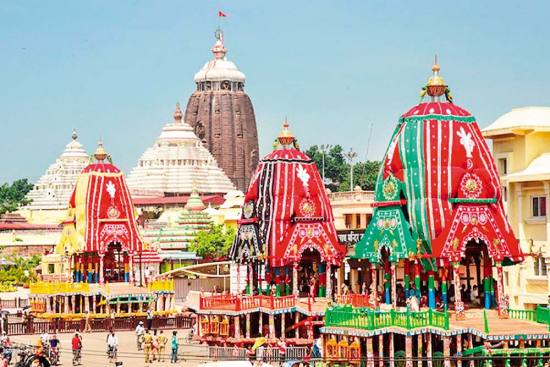 Devotees are a dejected lot after the doors of the Lord Jagannath temple in Puri were shut for them for the second time in the last one year. While the first closure lasted an unprecedented nine months, the latest, announced on April 24, is set to continue for at least 20 days until May 15. The Shri Jagannath Temple ­Administration (SJTA), the agency that looks after the affairs of the 12th-century shrine took the decision in consultation with various ‘nijogs’ (servitor groups) after over two dozen priests tested positive during the second wave of the Covid pandemic.

The rationale behind the date chosen is that the construction of the chariots along with the bathing ritual of the ­deities—Snana Yatra—begin on Akshyaya Tritiya (May 15), setting off preparations for the Rath Yatra, the grand ­spectacle that draws lakhs of devotees from across the world every year. The idea behind shutting the doors of the temple until then is to protect the servitors, who would ­engage in the elaborate rituals leading up to the Rath Yatra, from getting infected. “Ensuring that they are in good health is of utmost importance for the smooth and ­hassle-free conduct of the Rath Yatra,” says SJTA chief ­administrator Dr Krishan Kumar.