Arunachal is unexplored and unmapped, a hotspot of biodiversity and tribal culture teeming with river gorges. 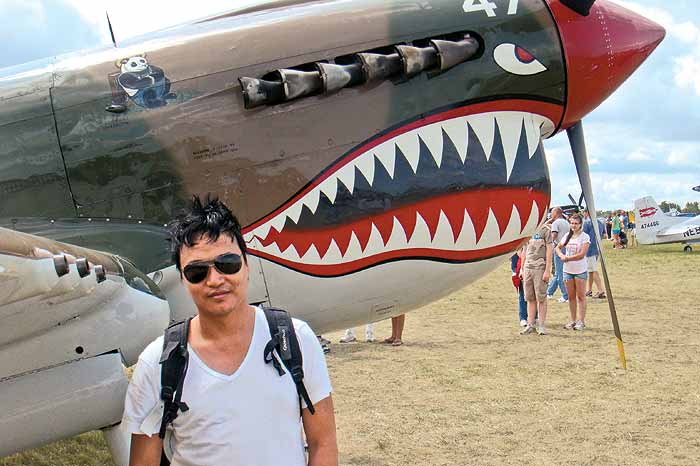 How did you get started as an adventure tour operator?

I’m very restless. I was on a quest for a very glamorous and reasonably lucrative job where I could meet new people and be in a different place every day. Then I worked for a friend, filmmaker Sanjay Kak, on a documentary film (In the Forest Hangs a Bridge). He said: “Tour guide!” The rest is history and I wouldn’t trade my job for any other.

Is Arunachal Pradesh the next ‘last frontier’ of adventure travel?

Definitely. Arunachal is one of the last unexplored and unmapped places, a hotspot of biodiversity and tribal culture teeming with river gorges and forests ranging from tropical to alpine.

What’s the most beautiful place in Arunachal?

Tell us about your most comfortable package.

We have a set of itineraries combining some really great heritage tea garden bungalows in Assam, with adventure activities like rafting and angling and what we call five-star camping, mostly on river beaches in Arunachal.

Hairiest expedition you’ve been on?

To Mount Saramati, the highest peak in Nagaland, while trekking with friends from the ARS (American Rhododendron Society). I was treading a very narrow ridge and slipped. Only a tree branch saved me from plummeting 300 metres down a gorge.

Ever lost a client?

Luckily, no—though I travel with lots of 70-plus clients, sometimes at high altitude. We had an 86-year-old Japanese client last year for the Hornbill Festival. Everyone went back alive!

You’ve helped MiA-obsessed Americans find airplane wrecks from the ‘Hump’ operation and the author Brendan Koerner to research his book Now the Hell Will Start about a renegade African American GI who went native in Nagaland. Do you have a thing about WWII too?

The CBI (China-Burma-India) theatre really fascinates me. I mean here you have Japanese and Americans from faraway lands fighting in misery alongside our people. Now Spike Lee is going to make the film of Brendan’s book so I’m really hoping to work on that shoot.

You speak Hindi, Bengali, Assamese and Nepali. Fine. But where did you pick up French, Spanish and Japanese?

I’m the agent for a French company from Lyon called Tamera and I’ve been spending my summers mostly in the South of France for the last four years. That’s the French connection. I’m also the agent for a Japanese company from Tokyo, Hihombashi Travellers Club, so I’m constantly travelling with Japanese and French groups on tours. But I sing better in Japanese than I speak! Spanish I picked up along the way from many Spanish-speaking friends and my love for Mexican folk music.

I speak about five Arunachali dialects.

Check me out on Youtube ‘Oken Does Elvis’ and see for yourself!

Do the entry permit restrictions in the Northeast make life difficult for you or are they good for business?

I think the permit restrictions are good, so that we can progress in a controlled manner instead of letting in too many people too soon. I take Bhutan as a model.

Everyone’s going rafting in Arunachal this winter and everyone says it’s the last year for the rivers. How do you feel about all those dams?

Dams are required and bring us prosperity. But not 137 of them, as planned! Also the local people who will sacrifice their land for these projects should be treated as real stakeholders rather than letting big companies make profits by displacing our people.

‘Aborcountry’? I thought Adis didn't like being called Abors. Doesn't that mean 'out of control'?

It’s not really an issue for me. Especially if you read the meaning as ‘indomitable’. The British always saw us Abors as brave, proud and indomitable warriors. I like to see it that way too.