"Oil Is A Secular Sector"

The ONGC chairman defends the decision to invest in sensitive countries. 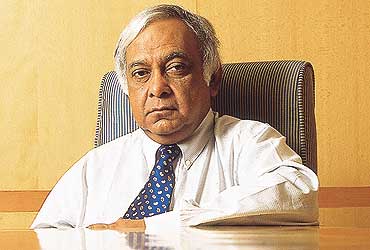 outlookindia.com
-0001-11-30T00:00:00+0553
A controversial slick has engulfed ONGC's plans to invest huge sums in sensitive nations such as Sudan, Libya, Myanmar, Iran and Iraq. These countries are either haunted by civil wars or are accused of supporting global terrorist organisations and the Kashmir cause or are hit by stiff US sanctions. But ONGC chairman Subir Raha defends his decisions saying it is crucial for the country's oil security and that the risks have been taken into account. Excerpts from an interview with Alam Srinivas:

What is the rationale behind ONGC's global strategy?
Our plan is that about a third of our future investments will be in global operations. During the Tenth Plan, the capital outlay for ONGC is Rs 46,500 crore, of which Rs 13,500 crore is to invest in equities abroad.

Aren't there inherent risks in overseas projects, especially in politically sensitive countries?
The matrix to invest abroad includes two factors. The first is the potential reserves in the target country and the second is the attractiveness of those reserves as far as India is concerned. The latter would include issues like diplomatic equations and the intensity of trade between the two nations.

Most of the good reserves have already been tied up by oil MNCs. And firms are competing for the new reserves that are being discovered in West and Central Asia. For example, Malaysia and China are quite aggressive in seeking to grab these new areas. India too wants to increase its oil security by having divergent sources and build our reserves.

Does that mean that one has to take investments to countries like Sudan, Libya, Iraq...
There are always risks attached in our business. The first is the inherent risk in exploration itself. When we evaluate country-specific risks, we consult with the ministry of external affairs, followed by a due diligence by professionals. The final assessment takes into account the existing sanctions against the country imposed by the US and the implications of those restrictions. But there will always be some risks. And the situation is not different in India too. I lost two officers in Mizoram, another 12 security personnel in Assam and Tripura. But we are not getting out of these states.

If Petronas and CNPC can invest in Sudan, why not ONGC? Moreover, the Canadian company Talisman did not pull out of the Sudanese project because of the civil war or the US sanctions. What they told us was that there were pressures from Christian human rights organisations due to allegations of torture of Christian labourers by an Islamic regime. But then Mobil is investing in Indonesia although the Indonesian army personnel have been accused of atrocities in East Timor.

In Sudan, haven't the rebels publicly said that they could attack the oilfields where ONGC has decided to buy a 25 per cent stake?
The field has been producing oil for the past three years and not a single ounce has been lost because of the civil war. Then, there is a 1,600-km pipeline to transport the oil and nothing has happened to it too. In contrast, our pipelines are regularly sabotaged in Assam and there's huge pilferage in Gujarat.

What about the situation in countries like Libya and Algeria?
In Libya too, we are partnering a company owned by the Turkish government. Turkey is a member of NATO. There are no problems with Algeria. It has been the main supplier to France for 40 years. Even after its independence from French colonial rule, Algeria has continued to do business with its former ruler. Similarly, the flow of oil in the Siberian pipeline which was built during the Cold War has never stopped. So, globally, oil can be a very secular sector.

Still, why invest in Iran where the Bush administration is asking American companies to withdraw? And why go to Iraq where an US attack seems inevitable?
What's the choice for India and ONGC? When we invest abroad, the cost of oil is 200 per cent cheaper than buying it from the open market. The difference is because the price we pay for this fuel includes the production cost plus an approximate 5 per cent royalty to the respective governments. This typically is $8 per barrel compared to the market price of $22. 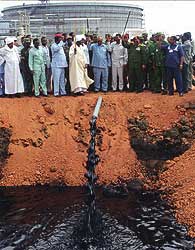