Ajitabh Bachchan has vanished from the London socialite scene 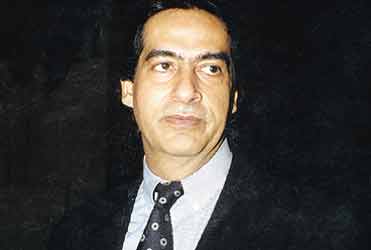 outlookindia.com
-0001-11-30T00:00:00+0553
When Amitabh Bachchan disappeared from Allahabad after winning the election, someone reported him missing to the local police. Now younger brother Ajitabh Bachchan has vanished from London after winning a place on the city's social circuit.

His avoiding the party crowd became inevitable after separation from Ramola Bachchan, whose prime claim to fame has been to host parties that get written about by the socialite media. The Bachchans had given out that Ajitabh is preoccupied with a huge pharmaceuticals business in Switzerland. No one quite knows what ills he was thought to be manufacturing a cure for.

Ajitabh has always been in the news for the wrong reasons, for not doing something. He was said to hold Bofors bribes in a Swiss account, but he denied it. The Swedish newspaper Dagens Nyheter which made the allegations withdrew after he went to court, and had to pay damages. Damages were awarded to Ajitabh also over a libel action in London against the India Abroad newspaper. Ajitabh also moved against India Abroad in a New York court through Sarosh Zaiwalla, his solicitor and then his friend, to enforce the order of the London court. Here, Ajitabh famously lost.

He was in the news again over allegations that he had developed a relationship with the wife of a London solicitor. Both of them denied the allegations. That was about the last of Ajitabh in London. At other times, he has been in the news as Amitabh's brother or as Ramola Bachchan's husband. Of late, Ajitabh has not appeared by Amitabh's side either when the star was in London—the brothers would often be seen together earlier. The family have had the right things to say about brotherly love in public but close friends say contact between them is sparse.

Ajitabh has always been the nice and pleasant guy to encounter, but London's moneyed Indian circles are not kind to nice and pleasant guys. There was also some buzz that the cold vibes between the brothers centred around money that, allegedly, Ajitabh had walked off with. For the present, he is the mystery man in the Bachchan clan.