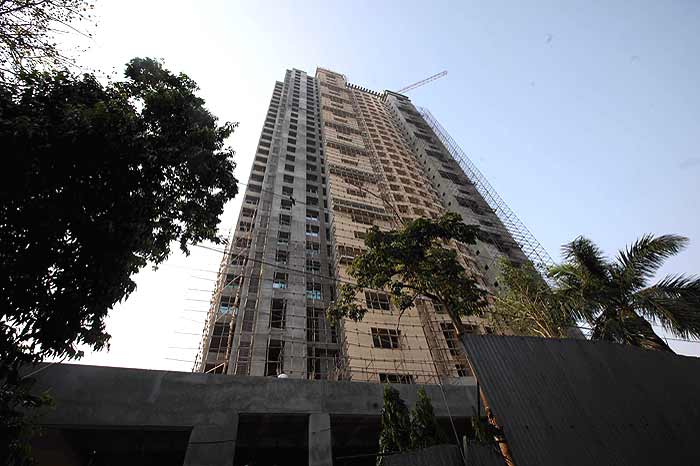 Where Are The Keys?

Eight days after a rap from the Bombay High Court, on March 20 the CBI arrested four of the 14 accused in the Adarsh Society scam—the Mumbai high-rise illegally built on a sea-facing plot reserved for defence personnel and war widows. “If you arrest people for other offences, why the exception this time? Are you feeling shy?” the division bench had rebuked the agency. Castigated, the CBI made its first arrests 14 months after it took over the case (and two days before it had to submit a status report).

The arrested: Major Gen (retd) A.K. Kumar, then GOC for Maharashtra, Goa and Gujarat; R.C. Thakur, then defence estates officer and later secretary of Adarsh society; Brig (retd) M.M. Wanchu, president of Adarsh; and P.V. Deshmukh, then deputy secretary in the urban development department, Maharashtra; and a day later, Pradeep Vyas, ex-Mumbai collector and now finance secretary. Ex-MLC and Adarsh society promoter Kanhaiyalal Gidwani and his son had been arrested earlier for allegedly bribing a CBI counsel to dilute the charges against them. Gidwani (“Mumbai’s Amar Singh”) has been a member of both the Congress and Shiv Sena and was known in political circles as a close associate of ex-CM Vilasrao Deshmukh.

The CBI’s complete list of accused reads like a who’s who—two former major generals, four brigadiers, two principal secretaries of the Maharashtra government, Mumbai’s former municipal commissioner and former collector, Gidwani, and, of course, ex-CM Ashok Chavan who permitted certain relaxations that allowed civilians to become members of the 31-storey Adarsh Society. Relatives of politicians/bureaucrats who had dealt with the Adarsh file were made members and allotted flats in the society; they paid Rs 85 lakh for a Rs 8.5 crore flat. 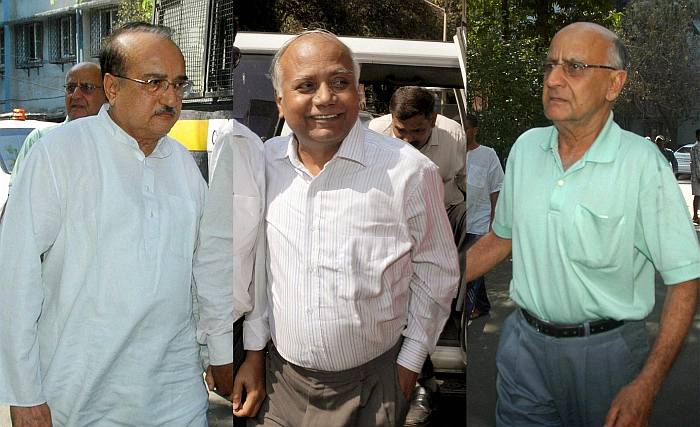 However, the building could not have been built unless land was alloted to the proposed society in 1999, key changes made in the reservation of a nearby plot and a road width narrowed to give it the additional FSI—decisions that carry the stamp of other ex-CMs, now Union ministers Vilasrao Deshmukh and S.K. Shinde.

Deshmukh and Shinde were questioned last year, but are only named as witnesses here. The CBI told the court there was “no evidence available” to link their roles to the scam. But evidence is an outcome of investigation. They had both signed on files without which the 31-storey Adarsh building would not have seen the light of day. Why then are they not accused? “Deshmukh was not even mentioned in the FIR,” says Y.P. Singh, ex-IPS officer and the lawyer arguing the PILs that forced attention on the case, adding that “inconsequential entities are being arrested...the big fish typically let off”. Chavan referred to the paradox where his later decision brought him into the net as an accused but his predecessors escaped the ignominy.

Chavan was revenue minister when Deshmukh was CM between 1999-2003 and Shinde between 2003-04 when the plot was allotted. Deshmukh’s affidavit to the state government-instituted judicial inquiry commission, however, made it clear that he had followed “due process...in dealing with and disposing of the relevant files” that were sent to him through the CM secretariat from the revenue department. The agency has, so far at least, accepted their defence.

The HC’s pressure may force the CBI to re-examine certain aspects of its investigation which, sources say, has revealed the “complicity of two more persons”, both said to be high-profile individuals. So is the CBI then mustering up the courage to make the Union ministers (Deshmukh is seeking re-election to the RS) accused? “There are a lot of misconceptions,” Deshmukh says, “but the truth will come out.” Should that truth ensnare him and/or Shinde as an accused in the Adarsh Society scam, the Congress will be left red-faced yet again.