A demolition of stereotypes, and other closures of the mind 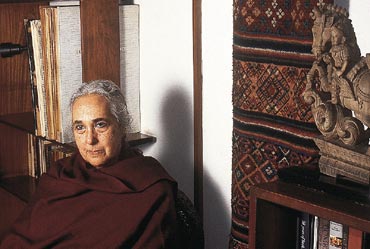 Divided into nine thematic, not chronological, sections (though there could be a case for the chronological within the theme), the essays chart out such areas as historical consciousness, social disjunctures, integration of archaeological and literary evidences, concepts of exchange, perceptions of the 'Other', patterns in Puranic genealogies, and communalisation of the past.

Barring two essays (21 and 40) for which no dates are available, all were written in the last three decades—the '80s and the '90s accounting for 18 and 17 essays respectively. Understandably, the last section focussing on The Present in the Past challenging communal perspective has as many as seven (out of a total of nine) pieces that were written in the '90s.