Of Earth And Ether

Serene and combustible at once, free as well as adherent, of her illustrious lineage but wholly individual—dualities defined both the diva and her music 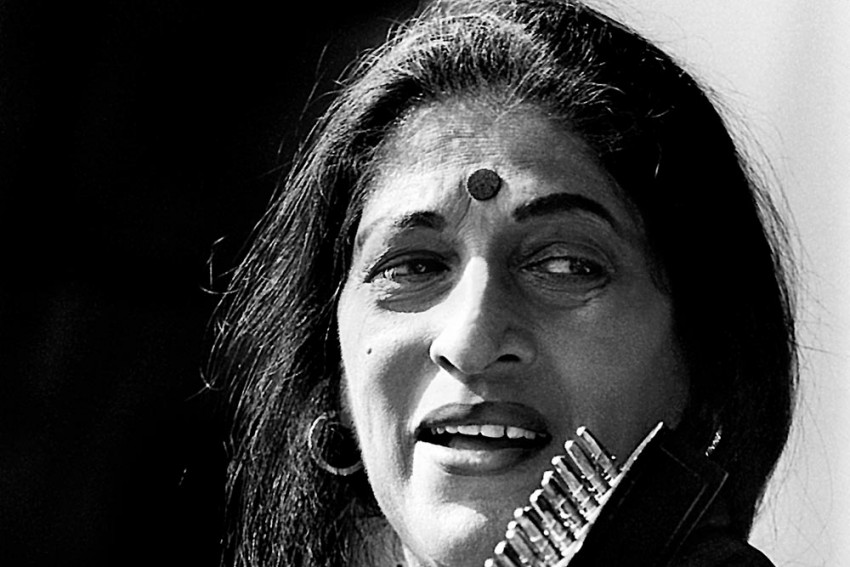 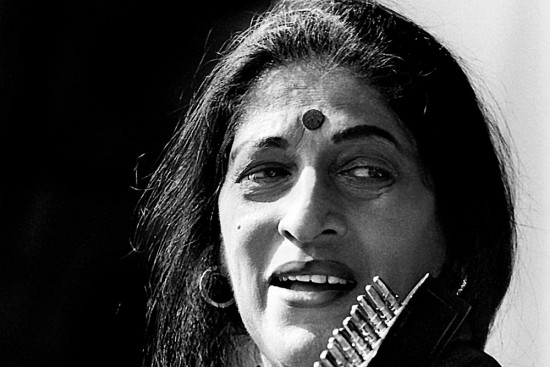 When I think of her, I think of purity of sound. The tanpuras hushing the air, making a little clearing. Little sharp flashes of the surmandal, making the air ring, taut in anticipation. And then her first utterance of a note—that’s how the Kishori Amonkar world would take birth each time. She would take her time to create a little chrysalis from which would emerge the stunning elaboration of a raag. The choice of raag always, always in sync with the time of the day. An incomparable gravitational pull would draw the rasik into the intensity as well. And thus would begin a journey into the soul of the raag.

Hindustani music can at once be rigid and flexible. Its beauty lies in how it opens up pathways to improvisation, where the structure seems minimal and not overt, but exists as an enabling inner logic. Kis­horiji engaged this duality—freedom and normativity—with great skill, understan­ding, dexterity and élan in her singing. Even though her loyalty to gharanedaar gayaki was more than evident in terms of the grammar and treatment of raag, her singing had a uniqueness that was her own and so mellifluously endearing.

During her travels with her mother, the legendary Mogubai, Kishori had seen the world’s callousness. Her inward-bound sadhana was born thus.

Known to be ‘difficult’—people often talk about her ‘moods’—she was almost dismissive of those who wanted to interview or document her legacy. Her typical response to any such request was she did not see the need to make time for it. That this was precious time taken away from her time to do her riyaz—her sadhana. She considered that as a kind of meditative immersion, a different thing from mere “practice”. It’s true, there is only so much that one can be taught, or one can learn; what you make of that taleem is really what sadhana is all about.

It’s via this insistence on a kind of sacredness that she helped raise so many pertinent questions that need to be answered, in order to accord the world of classical music the gravitas it demands but usually doesn’t get, even from pat­rons. Last year, when I spoke to her about her taleem with her mother, she said she could talk to me about it (though adding that I should rather be sitting and practising myself instead of wasting her time and mine!), but was categorical that it should not be published. Because she believed the world will not understand the significance of these experiences. Like her mother, she too always referred to music as her connection to the divine.

Her mother, the legendary Mogubai Kurdikar, learnt from Ustad Alladiya Khan, anchor of the Jaipur-Atrauli gharana.  Mogubai herself was an intense artiste usually referred to as an “uncompromising purist”. Kishoriji learnt the traditional asp­ects of the raag system and bandishes from her. She also learnt from others, including Anjanibai Malpekar of Bhendi Bazar gharana and Sharadchandra Arolkar of Gwalior ghar­ana. Lineage and training, thus, were impeccable. While Jai­pur-Atrauli stood for a complex, intellectual gayaki, her other influences, including those from Kirana, gave her singing an edge that became unique to her. She always referred to her mother in a manner that reflected gratitude and acknowled­ged her struggles to ensure the children could have a comfortable life. (In fact, while Mogubai’s contemporary, the gharana doyenne Kesarbai Kerkar, was the concert queen, Mogubai herself was caught up in the struggles of her existence.)

In all of this, Kishoriji set new standards of negotiation. She created a new langu­age of empowerment, as if in reaction to the many layers of struggles women like her mother had undergone—to coexist as respectable women, students and peers. During her travels with her mother, when she accompanied her on the tanpura as a young girl, she was deeply affected by the mistreatment, even disrespect her mot­her had seen, leaving her bitter and angry. While she was deeply committed to the guru-shishya parampara, she also strived to bring respect to the idea of the individual who inhabits it, makes it live. That if you have established the highest standards of interpreting a melody, you also have the right to command respect like no other. In a sense that was her mission, a goal she had set where her own life became the example. That social media is full of tributes and reminiscences of her is an index of her success.

In some ways, this single-minded passion that could be int­erpreted even as ‘self-absorbed’ became the defining aspect of her musicality. It’s by being immersed in herself that she altered the terms of the world, and became an epoch-maker, a diva who brought khayal gayaki new lustre. She did it through musical means, conferring on her listeners a euphoria hitherto unknown. As a rasik said, her artistry stood as tall as the Himalayas, and in Bhoopali is realised its summit. The slender face, the chiselled nose and the big bindi will be an image that recurs with every mention of khayal on Indian terra. As will that sanctified sound. My pranams to her genius!

(The author is a Hindustani classical vocalist and writer)