Of A Boss And Her Able Aide 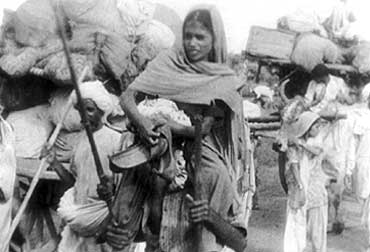 Kamla Patel (1912-92) came from a middle-class family. She became a disciple of Gandhi and spent many years in Sabarmati ashram where Mridula was a frequent visitor. That’s where they met. The one thing the two women shared with passion was veneration for Gandhi and what he stood for. The most important lesson they learnt from him was that once you are convinced your cause is just, then fight for it without fear of consequences: fear is cowardly, fear is sinful.

Mridula was a born leader. Being the eldest, her siblings looked up to her. She grew up knowing how to organise and give orders. Everyone in the family called her Boss. Bossy she was—with no small talk or banter. She cut her hair short, wore no cosmetics or jewellery. When she joined the freedom movement, she took to wearing Punjabi style salwar-kameez. After Independence and the partition of the country, she realised there was more work to do and moved to Delhi. Gossip-mongers said she had developed a Nehru fixation. The most important work on hand was the rehabilitation of millions of Hindu and Sikh refugees forced to flee from Western Pakistan. And the most humanitarian task requiring immediate action was rescuing women abducted on either side of the border and restoring them to their families. In a speech delivered on December 7, 1947, Gandhiji brought up the matter in his usual matter-of-fact manner of speaking. He said it was reported at a joint Indo-Pak meeting held in Lahore that the number of abducted women was 12,000 for Muslim women abducted on this side and over twice that number of Hindu and Sikh women abducted in Pakistan. His figures were undoubtedly underestimates. But how were these women to be located and taken out of the clutches of their abductors and given the freedom to choose their destinies? From the Indian side, Mridula Sarabhai was chosen to lead the operations. In her turn, she chose Kamla Patel to be her principal aide and posted her at Lahore.