Odia Model: How To Ferment Rice And A Million Dollars

Have you seen ‘Isaak Munda Eating’ on YouTube? The jobless Adivasi youth from Sambalpur who became a hit with his local cuisine videos now earns praise from the PM too. 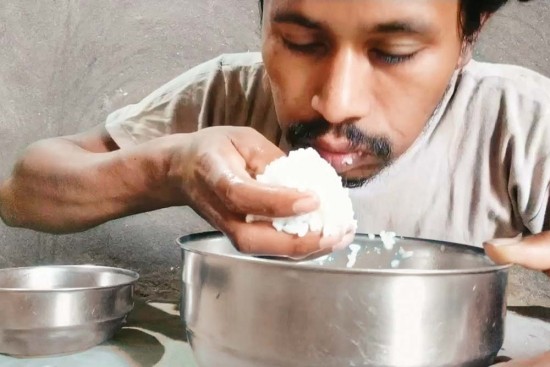 When villagers of Babupali in Odisha’s Samabalpur district tuned in to PM Narendra Modi’s weekly Mann ki Baat on July 25, they were in for a pleasant surprise. They had never imagined one of their own would be lavished with praise by the prime minister. But then, Isaak Munda is no ­ordinary villa­ger—not since March 2020, when the daily wage labourer shot and posted a video of himself eating ‘pakhala’, the popular Odia dish of fermented watered rice, on YouTube. An Adivasi, Isaak had ­borrowed Rs 3,000 to buy a smartphone and hardly expected that his first video would get over 5 lakh views in next to no time—earning him Rs 37,000 when he was jobless due to the Covid pandemic. He has been something of a sensation since, ­making lakhs from his YouTube videos.

Isaak posts videos about local cuisine and traditional lifestyle on a regular basis on his YouTube channel—‘Isaak Munda Eating’. With 273 videos, the ­channel has 7.77 lakh subscribers now. “I am grateful to the prime minister for appre­ciating my work. The people of my village too are ­delighted,” Isaak says about his prime ministerial mention. Media persons, politicians and other important people, besides comm­oners, made a beeline for Babupali soon after the Mann ki Baat ­broadcast on Sunday. “Isaak has ­inspired all of us and ­become a symbol of the resolve of the youth to do ­something new,” gushed Union ­education and skill devel­opment ­minister Dharmendra Pradhan.