Odisha CM Naveen Patnaik is often derided for his lack of knowledge of Odia, one of the six Indian languages granted ‘classical’ status. 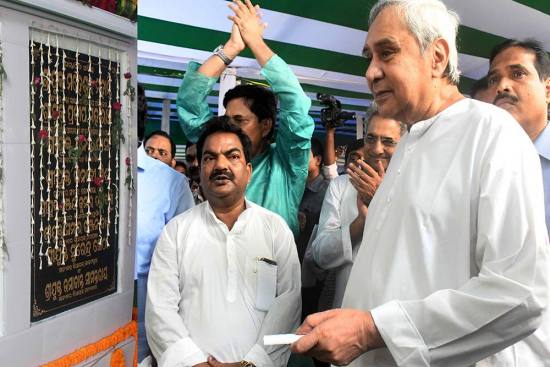 It was a perfect choice of venue and timing. Chief Minister Naveen Patnaik laid the foundation stone for the proposed Odia University at the exact spot in Puri district’s Satyabadi village, where Gopaban­dhu Das, pivot of the ‘panchasakha’ (five friends), had set up the Bakula Bana Vidyalaya in 1909 to promote education in the Odia language in the ancient gurukul mode—something similar to what Rabindranath Tagore would initiate a few years later at Santiniketan in Bengal. Being touted as an example of the government’s commitment to the preservation and promotion of the Odia language, the stone-laying ceremony for the proposed university was scheduled to coi­ncide with Gopabandhu’s birth ann­iversary on October 9.

Naveen sounded all the right notes, although he is often derided for his lack of knowledge of Odia, one of the six Indian languages granted ‘classical’ status. “I hope the proposed university will bring back the glorious days of the past when the people of Odisha exc­elled in every field,” he said. Critics say the university would achieve precious little in promoting Odia, given that the language and literature dep­artments of all three major universities in Odisha have been headless for quite a while and Odia departments are shutting down in college after college due to lack of takers.