A Gujarat HC order seeks to draw the curtains on Snoopgate 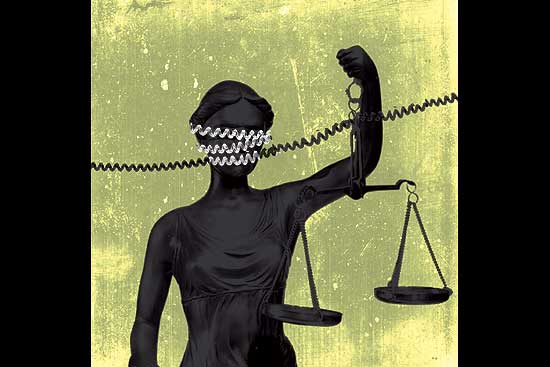 The Snoopgate scandal, as the story I broke in November 2013 came to be known, was never about the private life of a young woman or that of a ‘saheb’. Two individuals are free to enter into a relationship or drop out of it at their own free will. But it should not be at the taxpayer’s expense. No one—howsoever high his position­—can use state machinery and state power to settle his personal affairs. That was the crux of the matter. The story highlighted extraordinary misuse of state power: phones were tapped and a young woman was tailed and put under surveillance using specialised forces like the Anti-Terror Squad, the Crime Branch and the Intelligence Bureau. Physical and electronic surveillance of the woman continued for several months in 2009. Officers from the IG and SP level were deployed. Phones were intercepted within and outside Gujarat. The tailing involved visits to other states, and there was correspondence between the Modi government in Gujarat and the B.S. Yediyurappa government in Karnataka over interception of the young woman’s Bangalore cellphone number. On one occasion, the Karnataka government even turned down Gujarat’s request for permission to intercept calls, citing non-compliance with requirements under the Indian Telegraph Act. The cellphones of the young woman’s husband, family members and friends were also tapped. All this for a matter of an entirely personal nature.

A key point my investigation brought out was that the surveillance-cum-phone interception operation was mounted on oral orders. There was no written (and therefore legal) authorisation and due process was not followed. It was meant only to serve the interests of a ‘saheb’. Later, both the BJP and the woman’s family publicly admitted that the ‘saheb’ was chief minister Narendra Modi himself; it was he who mou­nted what was presented as surveillance-cum-vigil of the woman. She was watched even in her bedroom. The father’s retrospective acquiescence raised suspicions of a buyout. At least, it failed to deflect media attention from the story.

Other pertinent questions that the story raised are: To what end and in what circumstances can phones be intercepted? Were the SC-laid guidelines for phone-tapping in several landmark cases followed? Was due process for engaging specialist agencies followed? An outcry from civil society over these critical issues forced the state government to set up a two-member commission to inquire into Snoopgate.

Over the last 11 months, the commission has got many extensions. But it doesn’t seem to have done anything. On October 10, a Gujarat HC bench of Justice Paresh Upadhyay scrapped the commission, citing the consent given by the woman and her family to the  operation. The vital questions of infringement of civil liberties and misuse of state machinery were not mentioned before the bench. The order, in essence, says a person can use the state machinery for putting herself under surveillance and security. Also that if one is friends with a CM or PM, one can get one’s daughter, girlfriend or wife watched on verbal orders. If someone questions this, political motives will be imputed.

The single-judge bench did not demand to see the paperwork required for interception of calls. It did not ask the state about the origins of the 300-odd Snoopgate conversations; nor did it go through the tapes. Doing so would have revealed that the woman and her family were unaware they were under watch. And, as if to turn everything on its head, the bench raised suspicions about the four years’ gap between the incident and the surfacing of the tapes. Does the order want to suggest that  future investigations against people in power cannot go back in time? It says the court has paid heed to the “feeble voice” of the woman whose privacy has been breached, not by the surveillance but by the inquiry!

What the court failed to see was that the inquiry was supposed to look into the acts of a CM and his MoS for home (Amit Shah), not the lady, a private individual. Secondly, the inquiry was not to merely ascertain if the woman’s privacy was breached. Larger issues of fair and judicial use of state powers, compliance of due process and upholding of civil liberties were at stake. The questionable order has reduced these seminal issues to a compoundable private affair. It says the voice of the woman was “feeble” and that those who were demanding a probe were loud. Can any voice that supports the case of the most powerful man in the country be termed feeble and of those opposing him loud? Objection, milord! In times of political hegemony, the cause of justice can’t be served by voices seeking closure; only by voices demanding accountability.

(Investigative journalist Ashish Khetan, who contested the 2014 Lok Sabha elections as an Aam Aadmi Party candidate, is editor of Gulail.com)