Judgespeak has crossed the bounds of courtesy. It's time for introspection. 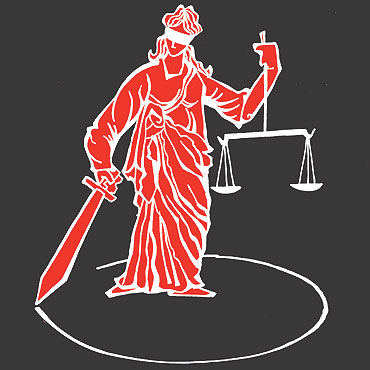 When Justice G.S. Singhvi intervened to say, "God alone will have to help this country," Justice Agrawal added, "Even God will not be able to help this country.... Our country's character has gone." This is not the language of an umpire, but more like that of a political adversary. Earlier, Justice Agrawal had remarked that the squatters should be arrested and given the "third degree". What message does this send to our police?

The next day, August 6, when the two judges sat with Justice V.S. Sirpurkar to hear the Ghaziabad judges scam case, Justice Agrawal freely dilated on the media's sins which bore no relevance to the issues in the case. The limits were crossed on August 7, when Justice Agrawal accused senior counsel and former law minister Shanti Bhushan of behaving "like a street urchin" three times. This is not judicial censure, it is sheer abuse!