'Obedience Pushes You To Fascism'

The IAS officer who put in his papers in protest after seeing the unprecedented state and administrative complicity in the Gujarat carnage. 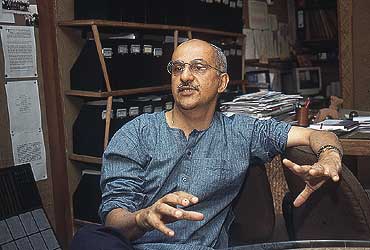 In his 22 years in the IAS, 47-year-old Harsh Mander has served as district collector in six tribal districts around the country. Always deemed a man with a conscience, two weeks back the bureaucrat put in his papers after he visited Gujarat and saw the unprecedented violence, the inexcusable apathy and bias on the part of the police and administration. Excerpts from an interview with Murali Krishnan:

Why did you quit the IAS? Was it as an example to other bureaucrats?
There are two factors that guide the bureaucracy—conscience and obedience. I’ve always believed one’s conscience has a higher value as obedience pushes you to fascism. Bureaucrats are servants of the people and not of the government. How can one be faithful to partisanship especially when it is part of state policy? Bureaucrats enjoy a lot of power. It is in these moments their services are called to test.

Do you believe there are bureaucrats in Gujarat who are pained as much as you are but have...