Mani Ratnam fails as a writer and love becomes just another metaphor for tradition. 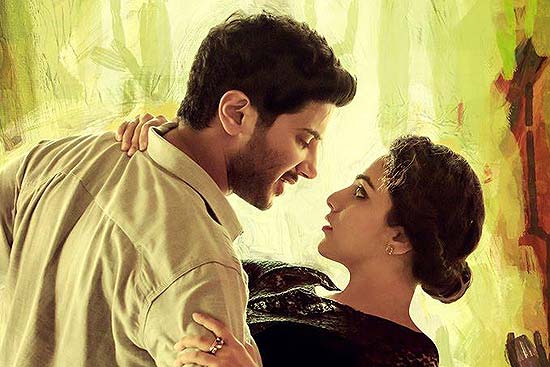 Mani Ratnam is back with a simple love story about young love in the age of digital feminism, where marriage is for parents and lust is called freedom. The coyness of love has been replaced by the boldness of lust.

Adi is the youth who designs a computer game where he is the hero taking on a two-headed villain, and Tara is an upcoming architect. Eve­nts are tediously manipulated to make the two meet, after which their hormones take over.

The consummation of lust needs space and time, but Mani has little time for dealing with this nature of sex­ual desire. When Adi and Tara follow their hormones, it leads them right into Tara’s room in a girl’s hostel, with not a question asked by anybody. Immediately after, they land up in the house owned by an old Tamil couple where Adi stays as a PG. The traditional couple allow Tara to stay on in Adi’s room—perh­aps the catalyst is the song which Tara sings to the old lady, a talent thrown in arbitrarily and forgotten as easily. The young couple are clear that this is all temporary. They plan to move on; predictably, going to foreign lands becomes a metaphor for running away from responsibility. Being in love, they accept bravely, is like being in lust: temporary and quickly fulfilled. They would rather follow the path of a career than that of marriage.

In contrast is Alzhei­mer-stricken singer Bha­­vani and her loving husband Ganapathy. The husband’s loving regard for his wife is the central counterpoise for Adi and Tara, and becomes the standard against which their love is tested. But the scenes are so stage- managed that neither do they capture the spirit of the youths’ raw passion, nor the daily challenges of living together.

Whatever the merits of the film and there are some (P.C. Sriram, A.R. Rahman, Leela Samson, Prakash Raj and the two young things), Mani fails as a writer. He is not rea­lly able to put himself in the characters of either Tara or Adi. Tara, a free spirit, cannot escape Mani’s insistence on making her conform to traditional expectations. When Adi’s brother suddenly lands up with his family, Adi asks Tara to leave the room. She playfully refuses but when Adi’s sister-in-law enters his room in spite of his protestations, she finds the room clean and unoccupied. What if Tara had done what she had said she would? Tara continuously moves toward the time-tested, traditional mould, step by stealthy step. In the end, it is she who cries and is distraught about leaving Adi, and who wants marriage. Mani just cannot inhabit the space of these modern kids and is more assured in his treatment of the story of the old couple. His story-telling is that of a liberal father: being open and tolerant towards this new world with the belief that traditional virtues will alw­ays win out. Love thus becomes just another metaphor for tradition. That is perhaps not so okay, Mani.