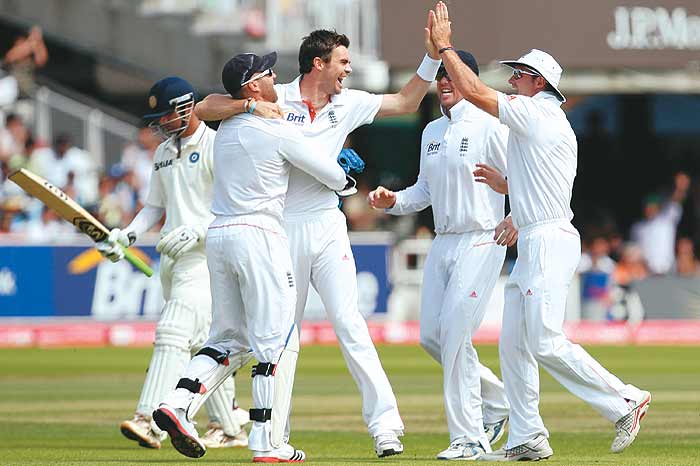 Miles and miles of queues did Indian fans form at the gates of the Lord’s cricket ground on Monday morning—the last day of the 2000th Test match. Some of them drove hours to reach London, and some started queueing up at 4.30 am to buy tickets. Never had such a massive crowd turned up on People’s Monday—so called because all tickets can be bought at the counters at a cheaper rate, except those held by members. But this Monday was certainly not made for people of Indian origin. They didn’t get satisfaction, and eventually went home wearing long faces and grimaces as their team got a drubbing.

The Lord’s match doesn’t portend much good for Indian cricket. The team’s golden bats, who powered the team to No. 1 in Tests, are in the autumn of their careers. Their best bowler, his career riddled by injuries, going to be 33 years old soon, is hobbled again. Their cricket board, the moneybags of the world sport, gives them just one practice game to prepare for their toughest challenges, England and Australia. The BCCI has sown seeds of a crop of pure cash—it’s going to reap a bitter harvest.

Planning has scarcely been the forte of Indians. To watchers abroad, BCCI’s tour plans often resemble hastily scribbled notes on the back of an envelope. That perception is probably correct. One year before the London Olympics, the stadiums are ready. You can never accuse Indian sports officials of advance preparedness for any sporting event—the shambolic run-up to the Commonwealth Games last year is an instance.

Or the BCCI, for that matter. It defies the credulity of local observers that the world’s top team could come to England, with its treacherous weather, and play only one practice match; that key men in the team hadn’t played together since January; that the Indian board could be so callous to the needs of its own team. “Everything that could go wrong went wrong,” captain Mahendra Singh Dhoni was left to lament after the loss at Lord’s. 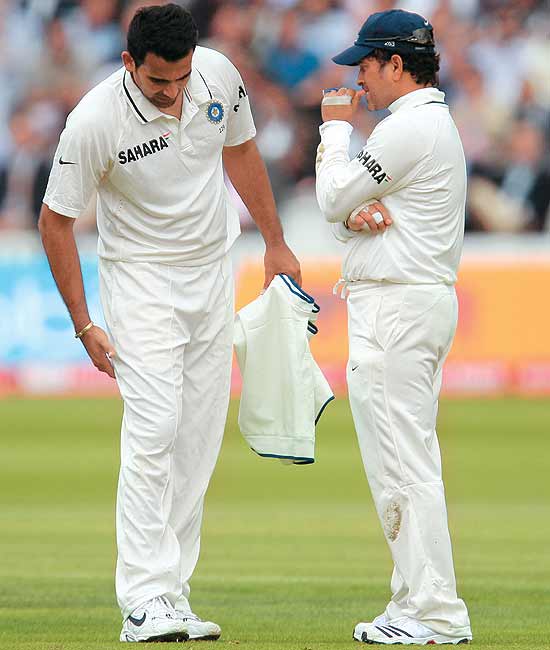 That’s sadly true. But India seemed ready for only the best-case scenario. When the opposite materialised—injury to Zaheer Khan on the first day of the series—Rahul Dravid donned the keeping gloves, and Dhoni bowled his innocuous seamers. It made Kapil Dev apoplectic back in India; it was hardly the best advertisement of India’s strength.

Inexplicably, Zaheer did not bowl in the second innings at Taunton. He was thus without match practice at Lord’s.

But what could Dhoni do? He dealt with the team and the situation he got. The Indians were unrealistically optimistic—it even bordered on arrogance. Zaheer and S. Sreesanth, bowlers responsible for the team’s decent show in South Africa, had missed the tour of West Indies with injuries—after the IPL. Sachin Tendulkar, Virender Sehwag and Gautam Gambhir too skipped that tour. There’s still no clarity on when Sehwag could return. Did the BCCI think its team could simply fly in, from airports at opposite ends of the world, and hit top gear immediately? “Do they not value their status as the best Test team in the world? They did not seem to here,” Nasser Hussain says.

Interestingly, those who did well in this dismal Test—Praveen Kumar, Rahul Dravid, Ishant Sharma, Suresh Raina, V.V.S. Laxman—were the ones who were match-ready, having toured West Indies. “They had been playing proper cricket, they were ready and thus performed in this Test,” Michael Holding, former West Indies fast bowler, told Outlook. “The same applied to Sri Lanka when they arrived in the UK for their tour earlier. The reason is beyond being a coincidence. Playing cricket at the highest level against competitive opposition requires preparation.”

As the match progressed, India’s unreadiness was apparent. Yes, England themselves were ragged, with some shockingly sloppy bits of fielding and catching, yet they won by a massive margin—because India hit rock bottom after Zaheer limped off the game. “Is there anyone managing the injuries of the team?” Wasim Akram, ex-cricketer and commentator, wondered. “There have been so many. Are they getting the best advice on how to avoid injuries? I’ve suffered them, and I can tell you fast bowlers must especially be guided with care.”

It’s clear the BCCI—which delivers its cricketers over to the IPL teams, with their own physiotherapists, for two months every year—isn’t in a position to monitor and manage injuries. There are far too many stakeholders in the game, far too many distracting commitments. Former England captain David Gower believes that commercial interests, never to be underestimated, have become too strong and too harmful. 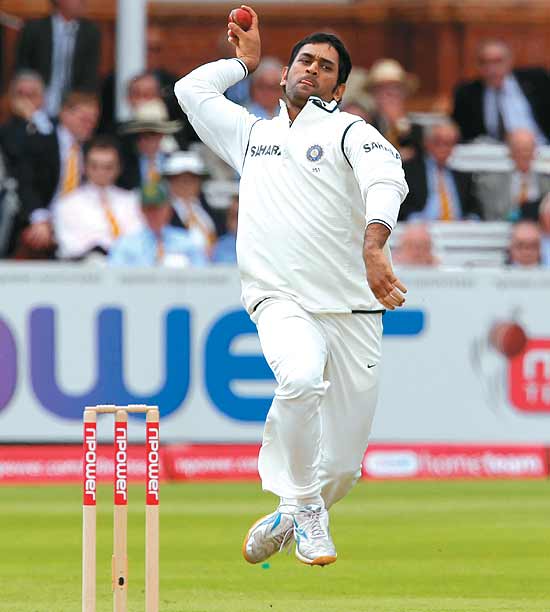 “You had a two-month World Cup, and then the IPL, and a lot of these players were involved in both,” Gower told Outlook. “You need to control that situation, and no board is doing it,” he added. “The only board that can do it is England’s because the IPL clashes with their domestic season. But they’re still unable to do it. There are reasons—commercial strength or power of one board. The commerciality is awesome. It’s a temptation too difficult to resist.”

The case of Zaheer Khan, the man whose stellar performance went a long way towards India winning the series here four years ago, is symptomatic of India’s planning. He didn’t bowl in the second innings of even the practice match against Somerset at Taunton—there’s no explanation for this. He therefore went into the Lord’s game without much match practice.

India seemed the beaten team too early at Lord’s. In the second innings, far too many careless shots were played, and far too often the English bowlers were allowed to get on top. “Sachin got one off 45 balls at one stage, yes,” says Gower. “When you’re in that sort of a situation, can you afford to shut down completely and survive and carry on for hour after hour? It’s unlikely, because you do get stuck. It’s a hard equation to solve—to bat for a long, long time completely subdued, and still be in command.”

On their last England tour, India barely saved their first Test, also at Lord’s, and won the second, also played at Nottingham like on this tour. But that could be another life—Zaheer knocked England out four years ago at Nottingham. This year, he’s out. “It will be difficult for India to get back into this series if Zaheer is unavailable or not at full fitness,” Holding says. “England’s batting is not far behind India’s and you need top-class bowling attacks to get 20 wickets against such teams.” If 2007 marked an important landmark in India’s ascent, 2011 could mark one in its descent.

Minutes after the loss, Dhoni, a renowned master of coolness and poker-faced guile, sported a face awash with regret. “Some more time to acclimatise, another practice game, would have been useful,” he mumbled. Someone up there in the BCCI towers—maybe president-elect N. Srinivasan, who had long, public chats with Dhoni before the Test—should heed this lament.