By exposing its lesser arm, is the petromin hiding bigger sins? 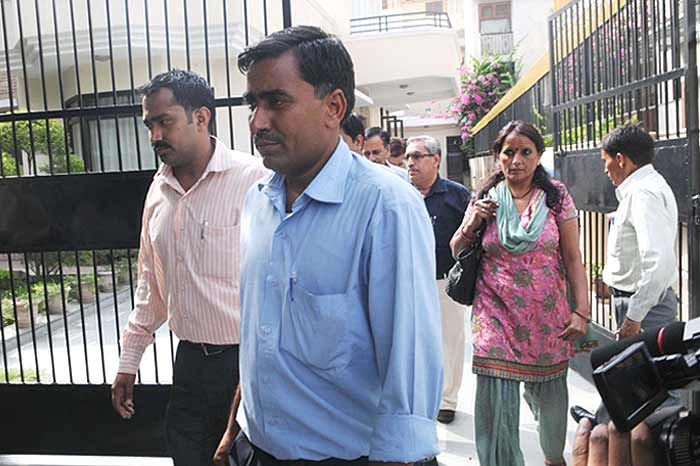 The shadow-boxing is well and truly on. Is the Central Bureau of Investigation (CBI) raid on the premises of seven former officials of the Directorate General of Hydrocarbons (DGH), a technical advisory arm of the petroleum ministry, a canny red herring meant to deflect attention from the larger issues ailing the petroleum sector? Many experts subscribe to this view, warning that the level of scams waiting to be unearthed in the petroleum sector will put the 2G-spectrum scam in the pale. “I fear that the CBI action at this juncture may be politically convenient to take attention away from uncomfortable issues and focus on DGH lapses,” a former top bureaucrat says, rather candidly.

Many think the focus on Sibal is a ploy to shift attention from the petromin and the pvt sector biggies.

If the leaked draft report of the Comptroller and Auditor General (CAG) on the “irregularities” in India’s exploration activities raised dust, the CBI action on similar charges heightens the expectation that more muck—rather than oil and gas, metaphorically speaking—will be produced in the days ahead. Already, the pressure is building up, with former petroleum minister Murli Deora indicating to UPA chairperson Sonia Gandhi his desire to step down as corporate affairs minister. “I did not understand gold-plating or know of any DGH role in it,” Deora tells Outlook. “You don’t expect a politician to know everything, especially technical details. In these matters, you go by the guidance of the ministry officials.”

The present focus on the functioning of an arm of the petroleum ministry—an important one, no doubt—does appear to be an attempt to localise future blame at the door of V.K. Sibal, who was in charge of the DGH from 2004-09. While Sibal is no saint—he is currently under investigation in another case for favouring Reliance Industries (RIL)—experts smell a rat. Were the CBI raids carefully timed to shift focus to Sibal and his team even as the petroleum ministry and the private sector exploration biggies are preparing their defence to critique the CAG draft report?

Deora says the CAG audit into three major oil- and gas-producing blocks—operated by RIL, Cairn Energy and an RIL-ONGC-BG consortium—was sought by him despite two earlier independent audits not having conclusively established the charges of gold-plating (increasing costs so that government revenue comes down). The genesis of the CBI probe dates back to the Central Vigilance Commission investigation initiated when Sibal sought an extension as DG in 2009. Senior official sources in the know recall “the CVC in its report gave observations, though not in the form of definite conclusions, that there was evidence supporting various allegations, including criminal conspiracy, against Sibal”. Based on the report, the petroleum ministry gave the nod for further probe by CBI and “denied permission for Sibal’s continuation” for a second term.

“If the CBI does file an FIR indicating DGH links with RIL, then the conglomerate could become a co-accused.”
T.N.R. Rao, Energy consultant

Having gathered “material evidence”, the CBI conducted a series of raids last week on the residential premises of several former officials of the DGH. The CBI’s FIR named eight people, including Sibal, and alleged that Houston-based GX Technology (GXT) was favoured for carrying out the ‘speculative’ seismic survey (done globally to acquire data on hydrocarbon potential in a region) in lieu of “personal favours”. Seven out of eight people named in the fir were former DGH employees.

“It is alleged that DGH officials entered into a criminal conspiracy with GX Technology and misused their official position to award the contract for Speculative Seismic Survey to gxt by fraudulently representing the cost-effectiveness. Thereby GXT made pecuniary advantage and the Government of India sustained wrongful loss,” the CBI said in response to Outlook queries. Accordingly, a case alleging criminal conspiracy, cheating and misuse of official position to get monetary benefits has been registered.

In the case of the speculative survey undertaken by DGH, no costs were involved from the government side. However, during the roadshow for exploration blocks, a part of the millions raised from sale of data to prospective investors is to be shared with the government. If the cost of the survey is high, the government revenue share is reduced. A parallel probe into DGH’s alleged pro-RIL bias for monetary considerations is also on, the CBI added. If the bureau does file an FIR on DGH’s links with RIL, “where there is clear evidence that Sibal had taken material considerations,” says energy consultant T.N.R. Rao, then “the conglomerate could become a co-accused”.

While acknowledging Sibal’s knowledge, technical competence and ability to come up with game-plans, official sources stress that “the integrity” factor had to prevail as the DGH is facing charges of having taken decisions for monetary gains. In its defence, sources close to RIL justify the hike in operation costs to the changing global scenario leading to a sharp rise in exploration costs.

“I always thought the DGH (Sibal) to be a very knowledgeable and technically sound person, full of ideas.”
Mani Shankar Aiyar, Ex-petroleum minister

Stating that “nothing has been lost as yet”, Deora is of the view that if the final CAG report is able to establish gold-plating charges against RIL, the government can still plug the potential revenue loss due to escalated capital expenditures. That may be so. But experts feel that the DGH alone is not to be blamed for the lapses. They hold petroleum ministry officials on its board, overseeing its functioning, equally responsible for “missing” crucial meetings. A top government functionary wondered whether the lapses blamed on DGH are owing to “studied neglect or a simple oversight” by the ministry officials.

Sibal has his defenders too. Expressing distress and urging against “rushing to judgement” at the CBI probe against him, former Union petroleum minister Mani Shankar Aiyar states, “I always thought the DGH (Sibal) to be a very knowledgeable and technically sound person, who would be forthcoming with new ideas.” Aiyar credits Sibal with having made him aware of the hydrocarbon potential in India. On his attempt in the past to get state-run ONGC to focus more on its core function of oil and gas exploration, Aiyar says, “It seemed to me RIL was having so much more success in exploration than ONGC.”

“My priority will be to strengthen DGH. With the exploration activity area growing, it needs capacity-building.”
S. Jaipal Reddy, Union petroleum minister

Former petroleum secretary S.C. Tripathi, during whose tenure the proposal to undertake the speculative seismic survey was approved, stresses that the guidelines underlined the need for transparency and competitiveness along with technical expertise in the selection of the company. Recalling his experience of working with Sibal, Tripathi says “though he was aggressive and impatient with bureaucratic delays”, there was no doubting his professional competence. “I would like to give him benefit of the doubt as this kind of survey was being done for the first time. In his eagerness, he may not have followed procedures and thus may have been taken for a ride.”

The private sector nexus with the ministry is so strong that many former officials have joined petro companies over the years, some as reward for special ‘favours’. The rot is not restricted to the ministry as the CBI found, with as many as seven officials in the DGH—from a geologist and geophysicist to financial officers—working against the country’s interests. Considering that DGH officials are on deputation from various PSUs, this is indicative of the spreading cancer of corruption.

Acknowledging deficiencies in the DGH operations, Union petroleum minister S. Jaipal Reddy told Outlook, “My priority will be to strengthen DGH. With the area of exploration activity expanding, there is need for capacity-building in DGH.” Reddy has a huge task cut out for him if he is intent on cleansing the system. To start with, the government would do well to find out why PSUs are failing to deliver results despite holding large acreages even as their best talents have unearthed oil and gas after joining the private sector.